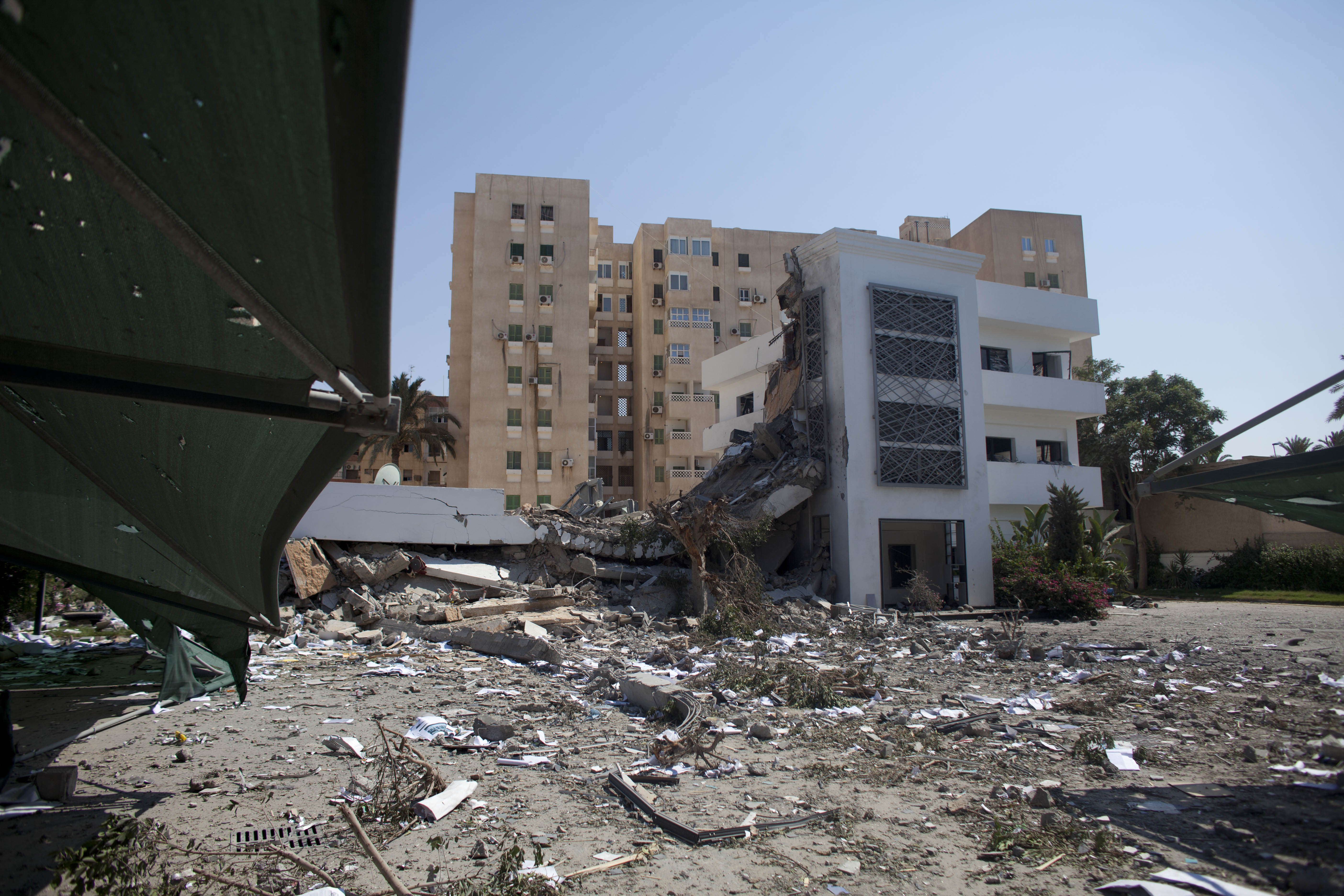 BRUSSELS - NATO Secretary General Anders Fogh Rasmussen said Friday that the alliance had agreed to end its seven-month campaign in Libya on Oct. 31.

"We have taken a preliminary decision to end Operation Unified Protector on Oct. 31," Fogh Rasmussen said after a meeting of the alliance's governing body, the North Atlantic Council. "We will take a formal decision early next week."

Diplomat said NATO air patrols are set to continue over Libya in the next 10 days as a precautionary measure to ensure the stability of the new regime. They will gradually be reduced in coming days if there are no further outbreaks of violence.

Rasmussen hailed the success of the operation which started on March 19 with a series of U.S.-led attacks designed to suppress Muammar Qaddafi's formidable air defenses, including missile and radar networks. Libya's former rebels killed Qaddafi on Thursday, and officials had said they expected the aerial operation to end very soon.

"It shows that freedom is the biggest force in the world," Fogh Rasmussen said.

He said NATO had no intention of leaving any residual force in or near Libya.

"We expect to close down the operation."

The council took into account the wishes of Libya's new government and of the United Nations, under whose mandate NATO carried out its operations.

The success of the military operation has helped reinvigorate the Cold War alliance and polished the reputation of France and Britain, the two countries that drove it forward.

Analysts attributed its success to the fact that NATO remained steadfast over the summer during a long and grinding stalemate against Qaddafi loyalists and avoided the temptation to send ground troops into Libya.

NATO earlier said its commanders were not aware that Qaddafi was in a convoy that NATO bombed as it fled Sirte. In a statement Friday, the alliance said an initial Thursday morning strike was aimed at a convoy of approximately 75 armed vehicles leaving Sirte, the Libyan city defended by Qaddafi loyalists. One vehicle was destroyed, which resulted in the convoy's dispersal.

Another jet then engaged approximately 20 vehicles that were driving at great speed toward the south, destroying or damaging about 10 of them.

"We later learned from open sources and allied intelligence that Qaddafi was in the convoy and that the strike likely contributed to his capture," the statement said.

Intelligence gleaned during surveillance flights around Sirte on Thursday indicated that a "command and control group, including senior military leaders" were attempting to flee from the town, Cameron's spokesman Steve Field said.

"There was a strike, there was damage to the convoy, the Free Libya Fighters then moved in — as to what happened next that is not entirely clear," he said.

NATO warplanes have flown about 26,000 sorties, including over 9,600 strike missions. They destroyed Libya's air defenses and over 1,000 tanks, vehicles and guns, as well as Qaddafi's command and control networks.

The daily airstrikes finally broke the stalemate that developed after Qaddafi's initial attempts failed to crush the rebellion that broke out in February. In August, the rebels began advancing on Tripoli, with the NATO warplanes providing close air support and destroying any attempts by the defenders to block them.

NATO was sharply criticized by Russia, China, South Africa and other nations for overstepping the limited U.N. Security Council resolution that allowed it to protect civilians, and using it as a pretext to pursue regime change in Libya.

But in London, Britain had suggested that NATO may not immediately complete its mission in Libya, wary over the potential reprisal attacks by remaining Qaddafi loyalists.