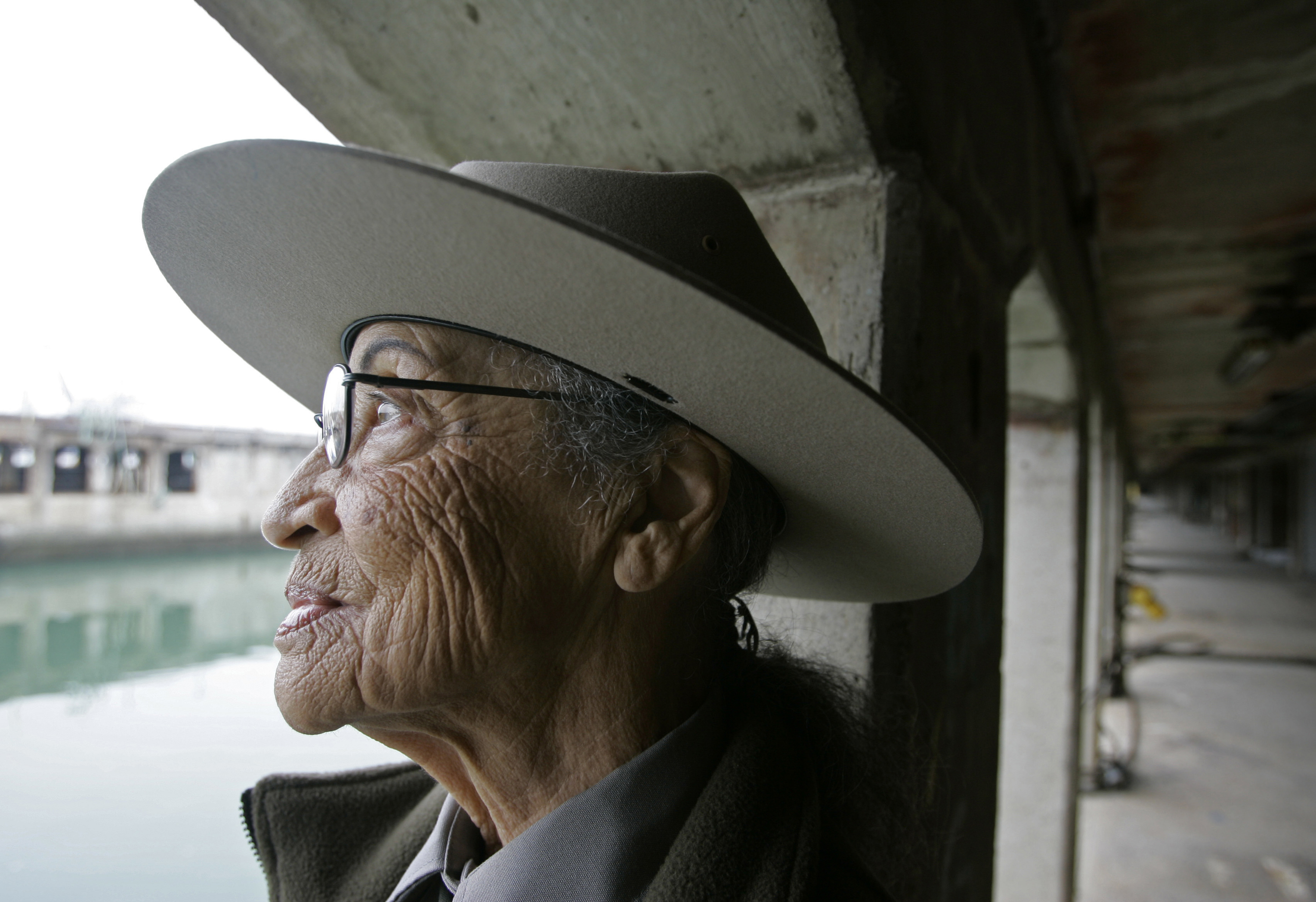 RICHMOND, Calif. -- The nation's oldest full-time park ranger returned to work three weeks after she was attacked and robbed in her San Francisco Bay Area home.

KNTV reports that 94-year-old Betty Reid Soskin was back on the job Tuesday at the Rosie the Riveter World War II Home Front National Historical Park in Richmond. Fellow rangers greeted her with cheers and hugs.

Police say an intruder punched Soskin and stole a cellphone, laptop and jewelry on June 27. The thief also took a coin she received from President Barack Obama when she introduced him at last year's National Christmas Tree lighting ceremony at the White House.

Soskin said Tuesday that she was eager to get back to her routine as an interpretive ranger.

She said most items she can live without, but the coin is special to her.

"If I can get that coin back, I think I can forgive anything," she told KTVU last month.

After a life in public service, Soskin became a park ranger about 10 years ago and leads tours at the historical California park and museum honoring the women who worked in factories during wartime.

The attacker hasn't been caught.

Park Superintendent Tom Leatherman said he received an email from Secretary of the Interior Sally Jewell, informing him that the White House planned to replace the stolen coin.

Soskin's colleagues and members of the community raised more than $50,000 to help her replace the other items and fund a documentary being made about her, according to the National Park Service.

Before her appearance at the tree-lighting ceremony, Soskin made headlines in 2013 when she complained about a government furlough, saying she didn't have time to waste sitting at home at her age.

"At 92, I am very sensitive to the passage of time. We learned about the furlough gradually," Soskin said at the time. "When it came at midnight (on) October 1, it seemed like a major interruption in my life because I don't have time and these young folks were wasting my time, precious time."

The shutdown began after Republicans demanded the defunding of the nation's new health insurance system in exchange for providing essential federal funding.