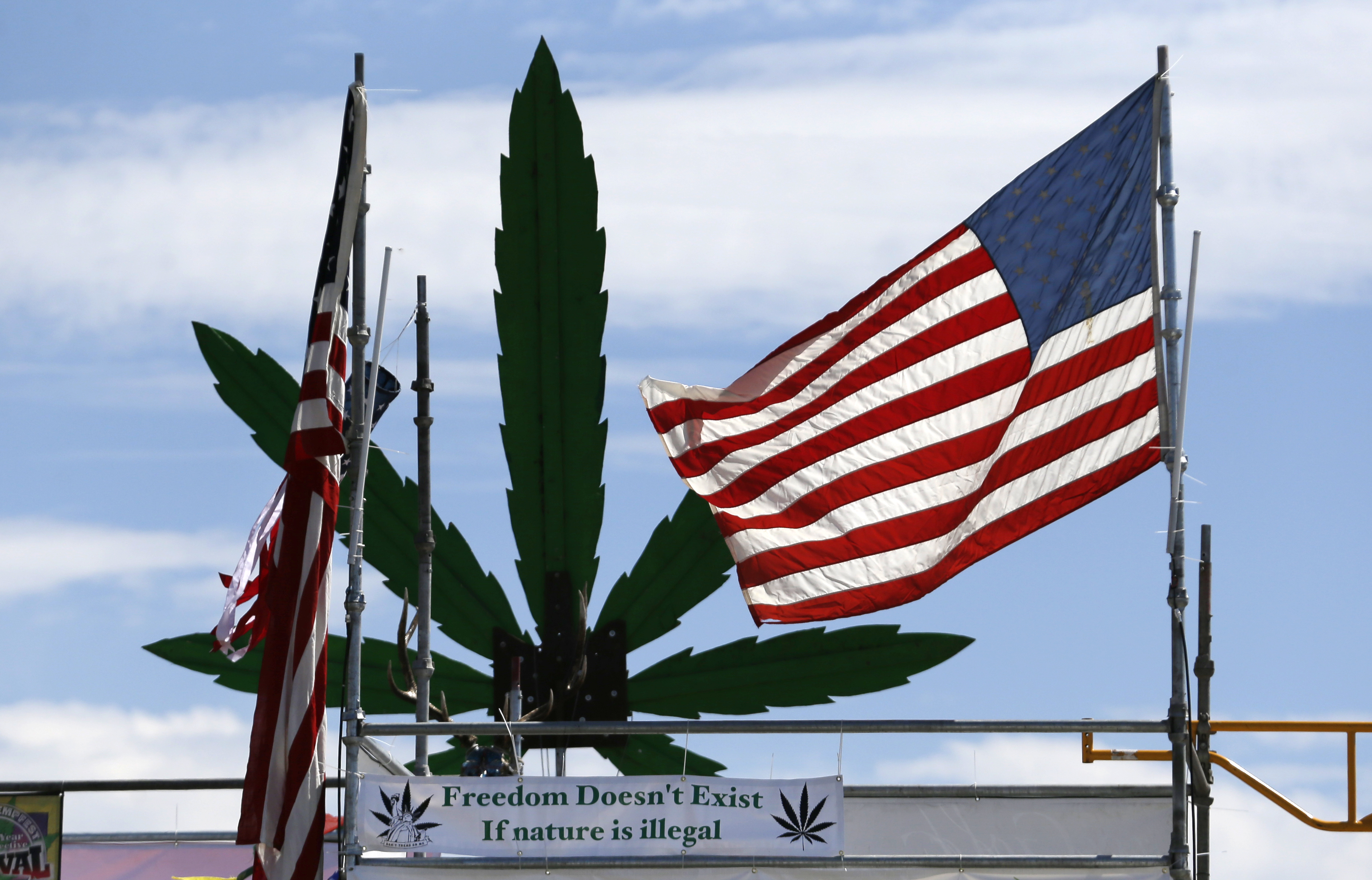 FLANDREAU, S.D. -- The Santee Sioux tribe has already proven its business acumen, running a successful casino, a 120-room hotel and a 240-head buffalo ranch on the plains of South Dakota.

But those enterprises have not been immune to competition and the lingering effects of the Great Recession, so the small tribe of 400 is undertaking a new venture - opening the nation's first marijuana resort on its reservation. The experiment could offer a new money-making model for tribes nationwide seeking economic opportunities beyond casinos.

Santee Sioux leaders plan to grow their own pot and sell it in a smoking lounge that includes a nightclub, arcade games, bar and food service, and eventually, slot machines and an outdoor music venue.

"We want it to be an adult playground," tribal President Anthony Reider said. "There's nowhere else in American that has something like this."

The project, according to the tribe, could generate up to $2 million a month in profit, and work is already underway on the growing facility. The first joints are expected to go on sale Dec. 31 at a New Year's Eve party.

The legalization of marijuana on the Santee Sioux land came in June, months after the Justice Department outlined a new policy that allows Indian tribes to grow and sell marijuana under the same conditions as some states.

Many tribes are hesitant to jump into the pot business. And not everyone in Flandreau, about 45 miles north of Sioux Falls, believes in the project. But the profit potential has attracted the interest of many other tribes, just as the debut of slot machines and table games almost 27 years ago.

"The vast majority of tribes have little to no economic opportunity," said Blake Trueblood, business development director at the National Center for American Indian Enterprise Development. For those tribes, "this is something that you might look at and say, 'We've got to do something.'"

Flandreau's indoor marijuana farm is set against a backdrop of soybean fields. If not for a security booth outside, the building could pass as an industrial warehouse.

Inside, men are working to grow more than 30 different strains of the finicky plant, including those with names like "Gorilla Glue," ''Shot Glass" and "Big Blue Cheese."

Pot is prone to mildew and mold, picky about temperature and pH level and intolerant to tap water. So the Santee Sioux have hired Denver-based consulting firm Monarch America to teach them the basics.

Tribal leaders from across the country and South Dakota legislators will tour the Flandreau facility in mid-October.

"This is not a fly-by-night operation," said Jonathan Hunt, Monarch's vice president and chief grower. Tribal leaders "want to show the state how clean, how efficient, how proficient, safe and secure this is as an operation. We are not looking to do anything shady."

Elsewhere, crews have begun transforming a bowling alley into the resort.

A marijuana resort open to the public has never been tried in the U.S. Even in states such as Colorado and Washington, where pot is fully legal, consumption in public places is generally forbidden, although pro-pot activists are seeking to loosen those restrictions. Colorado tolerates a handful of private marijuana clubs.

Unlike the vast reservations in western South Dakota, where poverty is widespread, the little-known Flandreau Santee Sioux Reservation is on 5,000 acres of gently rolling land along the Big Sioux River. Trailer homes are scarce and houses have well-trimmed lawns.

The Santee Sioux hope to use pot in the same way that many tribes rely on casinos - to make money for community services and to provide a monthly income to tribal members. The existing enterprises support family homes, a senior living community, a clinic and a community center offering afterschool programs.

Reider hopes marijuana profits can fund more housing, an addiction treatment center and an overhaul of the clinic. Some members want a 24/7 day care center for casino workers.

The prosperity that marijuana could bring to Indian Country comes with huge caveats. The drug remains illegal under federal law, and only Congress can change its status. The administration that moves into the White House in 2017 could overturn the Justice Department's decision that made marijuana cultivation possible on tribal lands.

The marijuana cannot leave the reservation, and every plant in Flandreau's growing facility will have a bar code. After being harvested and processed, it will be sold in sealed 1-gram packages for $12.50 to $15 - about the same price as the illegal market in Sioux Falls, according to law enforcement. Consumers will be allowed to buy only 1 gram - enough for two to four joints - at a time.

Want another gram? The bar-coded package of the first gram must be returned at the counter.

Since the Santee Sioux announced their plans, the Passamaquoddy Tribe in Maine signed a letter of intent with Monarch to build a cultivation facility for industrial hemp. The Suquamish Tribe and Washington state officials signed a 10-year agreement that will govern the production, processing and sale of pot on the tribe's land.

In the long run, Reider is certain that the benefits will outweigh the risks of tribal marijuana enterprises.

The tribe, he said, must "look at these opportunities because in order to preserve the past we do have to advance in the present."