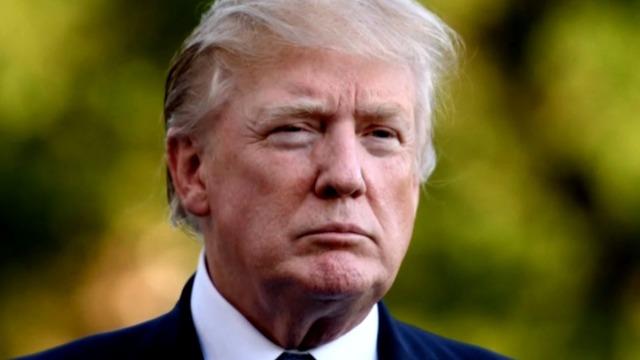 One year into Donald Trump's presidency, Americans feel more positive about the economy but not as good about the state of the country overall -- and the latter is closely tied to views of the president.

By a two to one margin, more say that the country is doing well economically than that it isn't. But three in four Americans say the country is divided, six in 10 don't have much confidence in the U.S. political system and six in 10 say racial tensions have increased. The president's strongest backers believe things are going well, but his opponents -- who have grown increasingly opposed to the president over the year -- say things are not. Overall, the number of Americans who say having Donald Trump as president makes them feel "pessimistic" is higher than it was a year ago.

A year ago, this study began analyzing four groups: the strongest of Trump backers (whom the study labeled "believers"); another set of those who support the president on the condition that he delivers what they want (the "conditionals"); a group opposing the president for now but willing to back him if things change, (the curious) and those who are firmly opposed (whom the study labels the "resisters.")

Overall, the movement we have seen over the year is a slow shift away from Mr. Trump, and we have that movement across the four groups: the believers, the conditionals, the curious and the resisters.

The number of believers has shrunk (from 22 percent to just 18 percent) and the number of strong opponents "resisters" has grown -- from 35 percent to 41 percent now. In that regard, President Trump's first year in office looks a bit like a tale of what might have been, as those who began the year looking for a reason to support him have instead become increasingly opposed.

The president's approach and how he handles himself appeals to his supporters as much as economic matters. Mr. Trump's supporters back him more for "being a different kind of president" and for "taking on the establishment" than for cutting their taxes. Three in four supporters like the way he conducts himself personally.  The president's strongest backers prioritize political fights, such as investigating Hillary Clinton, as one of their top things he should do in 2018, but this is the only group that thinks so, and his more conditional backers do not agree. Only the president's strongest backers view him as a role model -- more than eight in 10 do. More than half of his conditional supporters do not see him that way.

For Mr. Trump's opponents, 70 percent say a big reason they don't support the president is that he's disrespected people like them, and most don't like his policies. Support and opposition to the president connects to whether or not people feel like they have a voice in what happens in the country. Mr. Trump's strongest supporters feel they do, and his most ardent opponents (the "Resisters" – who make up four in 10 Americans) feel they have less of a voice now than they did.  Fifty-five percent of Americans think Donald Trump's response to criticism is that he just argues with those who disagree, but the resisters (73 percent) view Mr. Trump as trying to suppress the views of those who disagree with him.

A majority of Americans -- whether they like or dislike the president's behavior -- feel that what you see is what you get with Mr. Trump: most say he acts the same way behind the scenes as he does in public.

On foreign policy, most Americans would prefer the U.S. work and negotiate with other countries, while Mr. Trump's strongest backers say the president should do what's best for the U.S. no matter what others think, rather than compromise with other countries. Conditional supporters are more mixed on this. His backers believe that threatening North Korea makes the North afraid to attack the U.S., whereas others think doing so only provokes North Korea into a war.

Overall, most Americans say that building infrastructure like roads and bridges should be the highest priority for the Trump administration in 2018. This is the case across all four support groups.

Three in four Americans think if the Democrats took Congress, their priority would be to impeach Mr. Trump, as opposed to cut deals with him. But people who think Democrats would work with President Trump are more inclined to vote for a Democrat than people who think they would prioritize trying to impeach the president.

A year ago, this study began analyzing four groups: the strongest of Trump backers (whom the study labeled "believers"); another set of those who support the president on the condition that he delivers what they want (the "conditionals"); a group opposing the president for now but willing to back him if things change, (the curious) and those who are firmly opposed (whom the study labels the "resisters.")

On the issues looming now, most Americans -- 70 percent -- favor DACA. Among Mr. Trump's backers, a slim majority support it. But in a sign of how much they want the border wall built, most of his backers are in favor of cutting a deal on DACA to get the wall funded. Resisters are overwhelmingly opposed to such a deal.

The wall and deportation of illegal immigrants remain top priorities of his strongest backers. Fewer of his conditional supporters see these as top priorities.

More than eight in 10 Americans, re-contacted for this survey after Mr. Trump's comments about U.S. immigration from African countries and Haiti, said they had heard about them, and three-quarters (76 percent) say the remarks were inappropriate. Almost all Democrats, nearly 8 in 10 independents and 45 percent of Republicans say so as well.

Race plays a role in explaining views of the president. Many African Americans feel the president works directly against people of their racial group, and many feel like they have less of a voice in what happens in America now. Large percentages of Mr. Trump's opponents -- and African Americans in particular -- feel he has disrespected people like them. Two-thirds of Trump backers think he works for their racial group.

The CBS News 2018 Nation Tracker is conducted by YouGov using a nationally representative sample of 2,164 U.S. adults between January 10–12, 2018. All respondents were recontacted January 12–13, 2018 for two follow up questions about the President's recent comments on immigration, and 1,654 responded. The margin of error was +/-  2.6.

CBS News poll — Americans on 2023: Things get better, but still not good
More