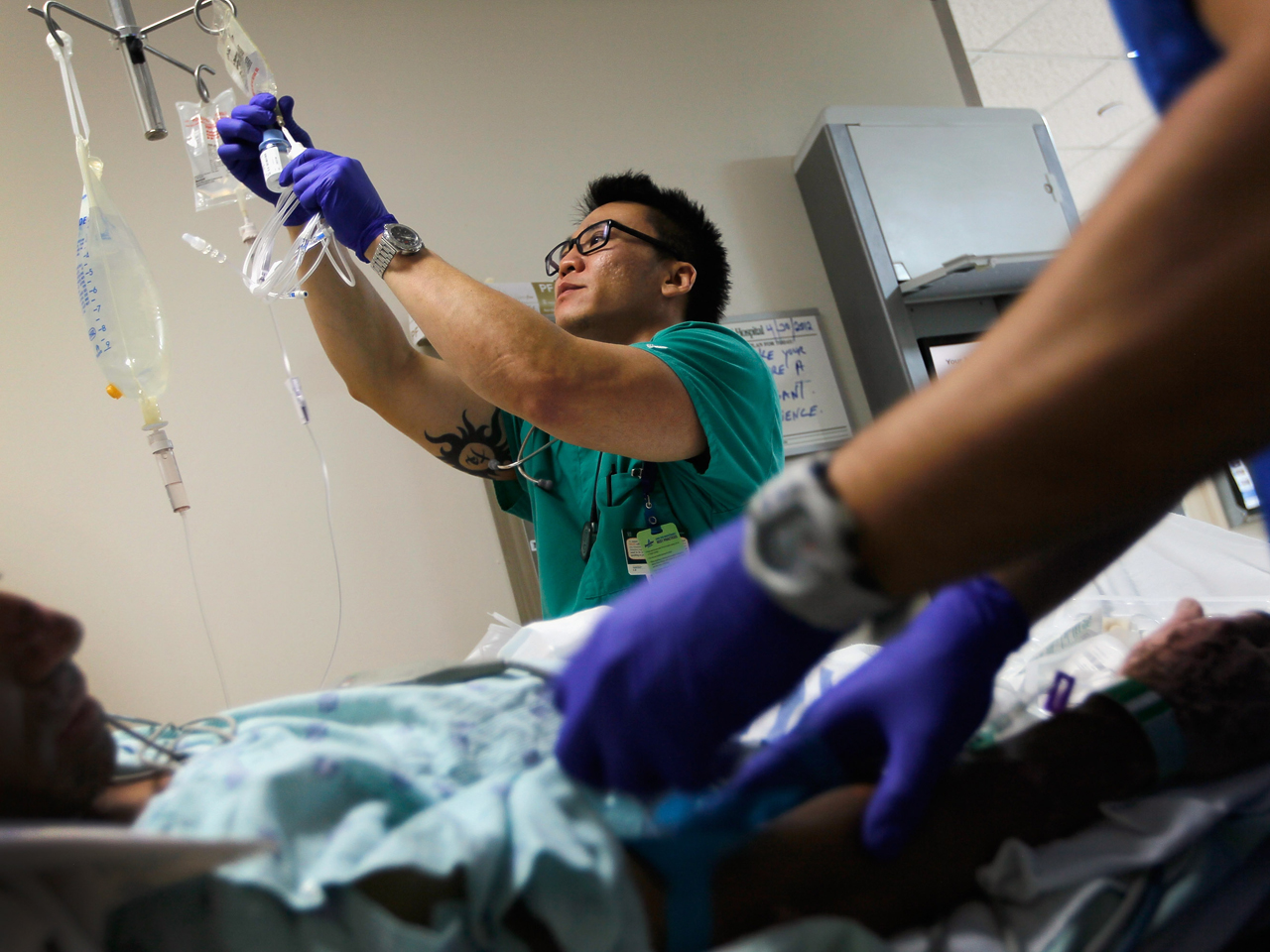 A nationwide shortage of intravenous (IV) solutions is concerning many health professionals.

IV solutions, specifically sodium chloride 0.9 percent large volume intravenous solution or saline solution, are used to help rehydrate patients who are sick and help treat other conditions. Millions of bags of solution are used each week.

Dozens of hospitals began reporting they were running out of IV fluids in mid-January, Valerie Jensen, associate director of the drug shortages program at the FDA, told the Washington Post.

“We know that hospitals are still reporting that they may only have a few days supply,” Jensen said.

The shortage is also causing the IV solutions to go for a much higher price. USA Today reports that a bag that would usually cost $1 to $1.25 is now going for five or six times the price.

The FDA said the lack of supplies are due to many factors, including increased use by hospitals, potentially because of this year’s flu season. As of Jan. 17, the Centers for Disease Control and Prevention said 40 states reported widespread flu virus infection. Though they don't track adult flu deaths, 20 children have died this season so far.

The FDA said that it is working with the three U.S. manufacturers, Baxter Healthcare Corp., B.Braun Medical Inc., and Hospira Inc., to increase supply. Officials told the Washington Post that the companies had told the FDA last year that they may be late filling some orders for IV, but they did not think there would be a shortage.

FDA officials also told Reuters that they are considering other options, like going to overseas suppliers to help stop the shortage.

The American Society of Health-System Pharmacists said in a statement that the manufacturers were already working at full production, but were having a hard time making enough products to meet patient needs.

"We have heard from our members all over the country that the shortage is serious," Bona Benjamin, director of medication use quality improvement for the American Society of Health System Pharmacists, told Reuters. "People are able to cobble together enough of a supply to get by day to day."

The organization also warned that the version of the solution intended for irrigation was not approved for intravenous use because it has higher levels of small particles.