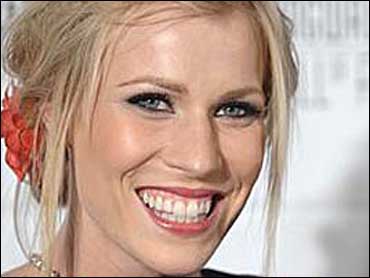 Pop star Natasha Bedingfield has been a ray of sunshine in a country known more for its fog and foul weather - the U.K.

The New Zealand native, who performed her hit song "Pocketful of Sunshine" (from her second album "N.B.") on "American Idol: Season 7," started out as a huge success in the U.K.

She then made a smooth transition to the American music scene.

Bedingfield will visit The Early Show on July 18 to share her musical journey and perform her hit single "Pocketful of Sunshine."

Her hit song "Unwritten," which has been used to back presidential hopeful Barack Obama during his campaign trail, went triple platinum in the U.K. It also led to a Grammy nomination for "Best Female Pop Vocal Performance" in 2007. In addition, "These Words" has been a major success, hitting the airwaves around the world.

As the younger sister of U.K. pop star Daniel Bedingfield, (who achieved U.S. success in 2002 with the hit "Gotta Get Through This" and "If You're Not the One") she has continued to uphold the Bedingfield name.

The two share the Guinness World Record as the only siblings who have solo number-one hits on the U.K. chart. They have also both hit the Top 10 music charts in Australia, the U.S., Canada and Europe.

Bedingfield has parlayed her success in music, becoming the face of Gap (along with Mia Farrow and Common); she performed with her idol Prince at a private function and was enlisted in Bono's RED campaign.

Although she has evolved, she admits that love is still great food for thought when it comes to writing lyrics.

"I want to make music that matches who I am," Bedingfield said on her official Web site. "My first album was about independence and opportunism. I'm still very independent and I find it hard to let go of that freedom, but I'm in a different place now. I've been dating, searching for a partner, looking for Mr. Right..."

Whether or not she finds "Mr. Right" is to be determined, but her relationship with her music is one that can't be broken.