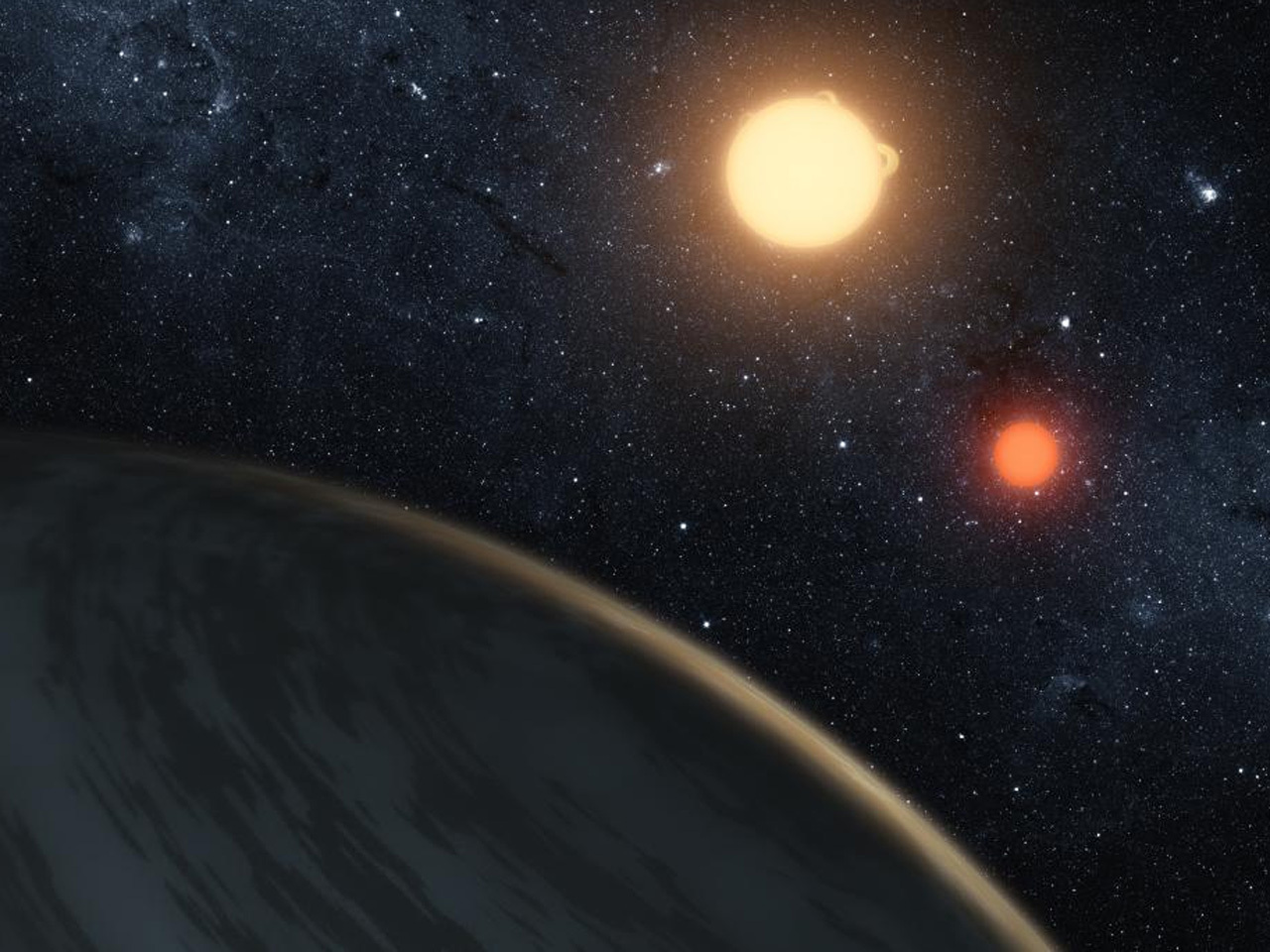 (CBS News) The question "Is anybody out there?" grows more tantalizing with the discovery of each new far-off planet. Barry Petersen has been talking to scientists searching for clues . . .

Starry nights inspire wonder, and wondering: Is there life out there?

So how fitting that, in March 2009, NASA launched the planet-hunting telescope Kepler into the night sky.

Look up tonight at the constellation Cygnus -- also known as the Northern Cross -- and up in that one slice of sky is where Kepler has been scanning 150,000 stars every 30 minutes for the last four years.

Natalie Batalha is a Kepler Mission scientist, but she's really a stargazer with a passion. "We were born to be discoverers right? I think that's basically what drives us."

She and other Kepler Mission scientists look at measurements of the brightness of a star. "When the planet passes in front, it's going to block some of the light," Batalha explained.

That momentary dimming of light is how we infer the existence of a plane orbiting that star.

"There's not much more dramatic to discover than another world," said Petersen.

"Another world like ours," because it changes the way we look at the cosmos, right?" said Batalha.

Hard to believe . . . but despite the hundreds of trillions of stars in the universe, it wasn't until 1995 that scientists were 100 percent sure they'd found a planet beyond our solar system.

Since then, more than 800 planets have been found, including 122 confirmed by Kepler.

Some are freezing cold -- think Neptune, at -360 degrees Fahrenheit.

Some are scalding hot -- think Mercury, which can reach 800 degrees F.

But the real hunt is for what scientist call "Goldilocks" planets -- not too hot, not too cold -- making them a lot like Earth.

Kepler researcher Tom Barclay found one of the first Goldilocks.

"To some extent, it was relief - 'Finally we've done it!'" replied Barclay.

It helps to have a telescope in outer space, and the use of a $100 million supercomputer to crunch the numbers. But still, that hint of dimming so many light years away is beyond miniscule.

"This is much less than, say, a flashlight on the moon," said Barclay. Yet that difference can be detected. "It's astounding. It's absolutely astounding what we can do."

And that little bit of light may also help find signs of an atmosphere -- and that means a chance to find life.

That's where NASA'S Tori Hoehler comes in -- studying the simple types of life he imagines we might expect to find on planets light years away.

At his greenhouse he showed Petersen his "window back in time."

"We had a microbial planet for probably more than two billion years," Hoehler said. "And if you wanted to put a picture in your head of what that might look like, this is it."

As for what kind of life that may be out there, he says look to Earth and its extremes. Hoehler says organisms have been found in the hot springs of Yellowstone, which reach a pH close to battery acid. "Remarkable capabilities of these sorts of organisms," he said.

The planet hunters started their search with one major question: Are there any Earth-type planets out there?

Now that that's been answered, the burning question everyone wants answered is: Are we alone?

When asked if she has any doubts that there is life in the universe besides us, Batalha replied, "I myself think that life is too creative. Here on Earth, we find life under every rock we lift, right? So I tend to be of the camp that believes that life is going to be prolific."