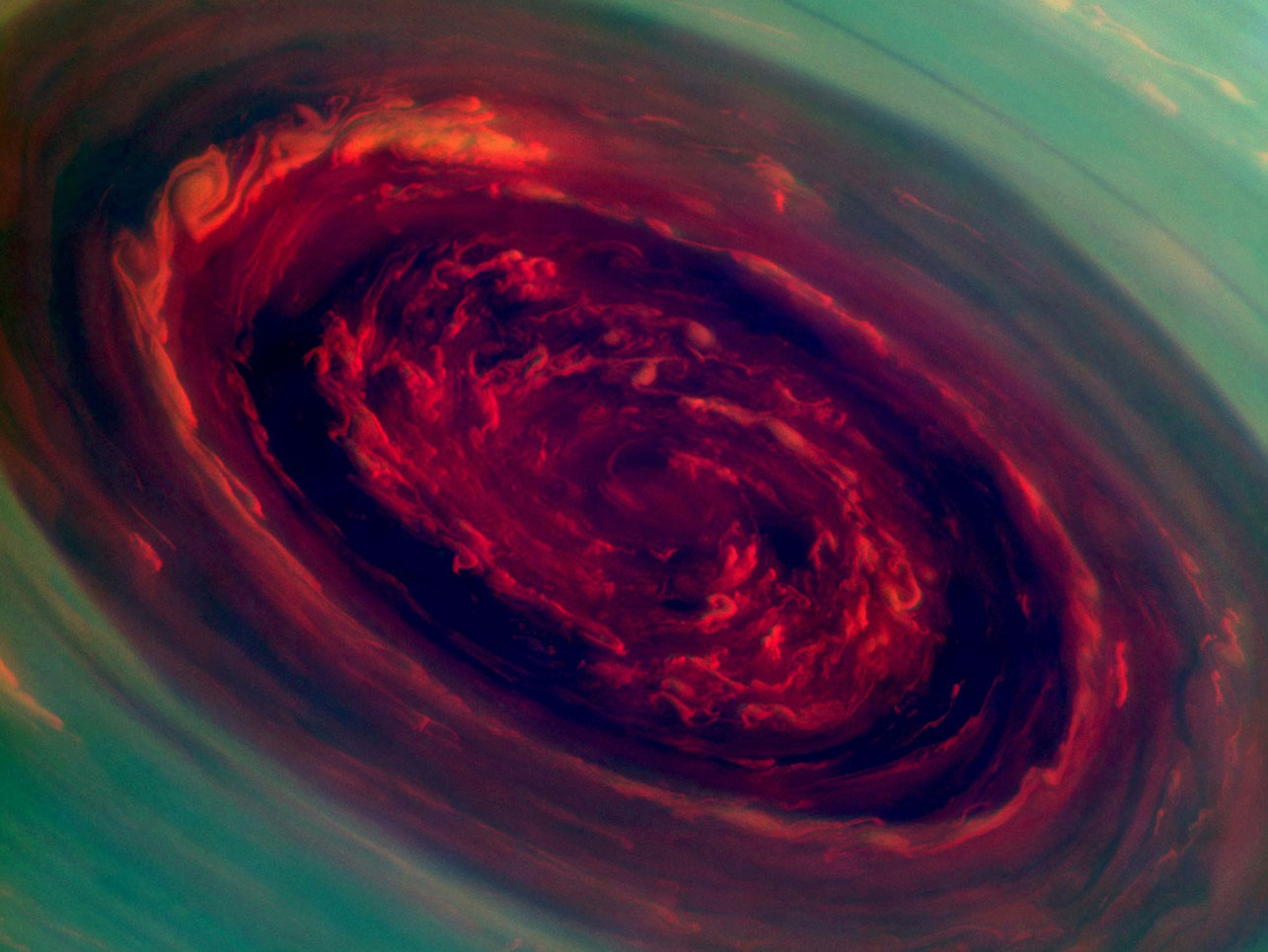 The eye of the cyclone is an enormous 1,250 miles across. That's 20 times larger than the typical eye of a hurricane here on Earth. And it's spinning super-fast. Clouds at the outer edge of the storm are whipping around at 330 mph.

The hurricane is parked at Saturn's North Pole and relies onwater vapor to keep it churning. It's believed to have been there for years. Cassini only recently had a chance to observe the vortex in visible light.

Scientists hope to learn more about Earth's hurricanes by studying this whopper at Saturn.

Cassini was launched from Cape Canaveral in 1997 and arrived at Saturn in 2004.