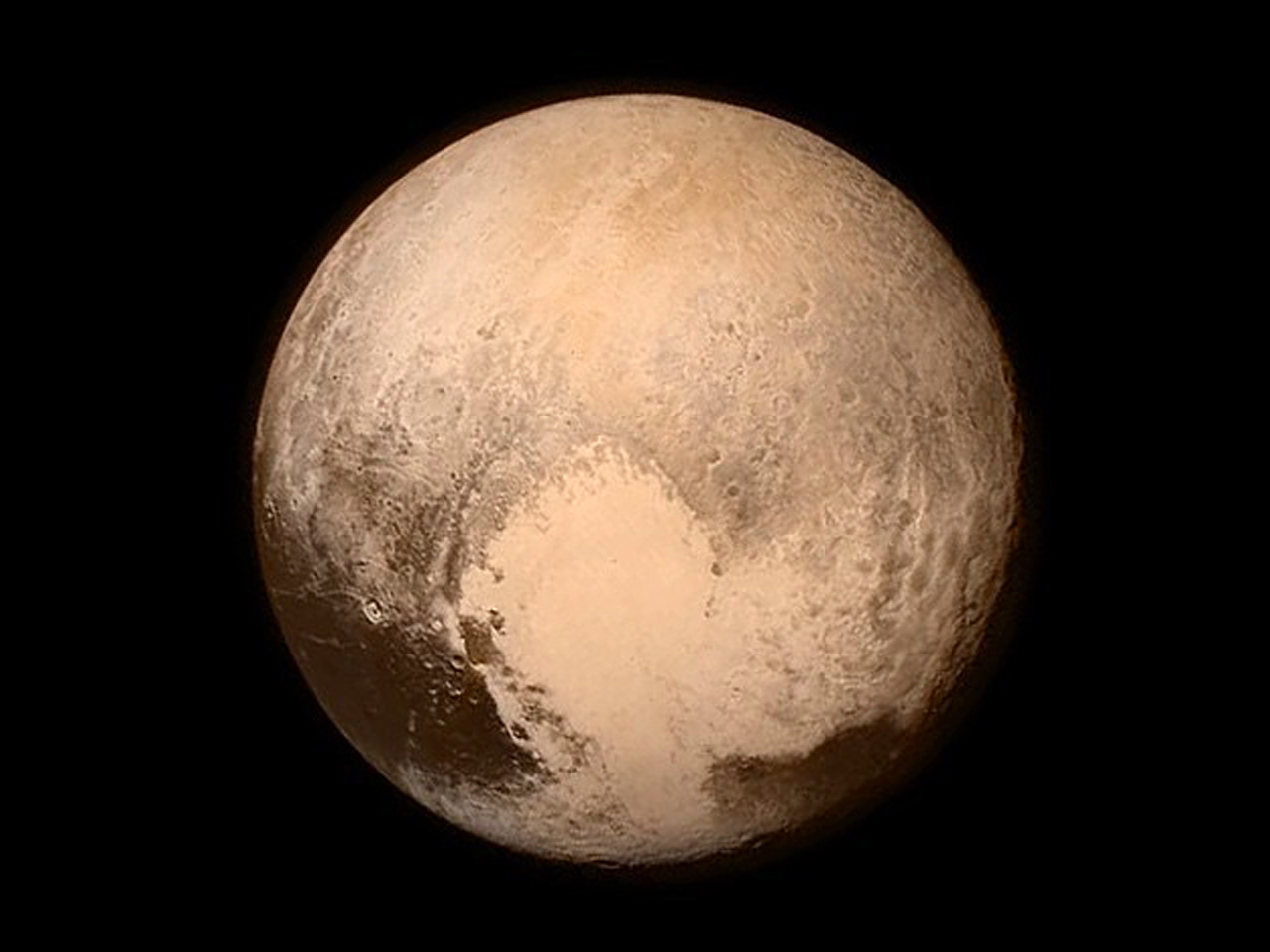 NASA tweeted a "sneak peek" view of Pluto, a stunning color image captured Monday afternoon as the New Horizons spacecraft closed in on the dwarf planet and its large moon Charon. The photo, taken while New Horizons was still 476,000 miles from Pluto, shows the large heart-shaped region seen in earlier images with hints of eroded impact craters and stark brightness variations across its salmon-colored surface.

New Horizons was expected to pass within about 7,500 miles of Pluto at 7:50 a.m. EDT. But as planned, the spacecraft currently is out of contact with Earth as it works through a complex sequence of commands to train its cameras and other instruments on Pluto and Charon during the critical close-approach phase of the encounter.

NASA plans to broadcast live shots from within the Mission Operations Center at Johns Hopkins University's Applied Physics Laboratory at the moment of closest approach, but there will be no confirmation New Horizons survived the flyby until 8:53 p.m. when a telemetry update from the spacecraft reaches Earth after a four-hour 25-minute trip across the solar system.

NASA is holding a news briefing at 8 a.m. (on NASA TV) to discuss upcoming events and to release images captured by the spacecraft Monday as it closed in. The first post-flyby pictures are not expected until Wednesday.