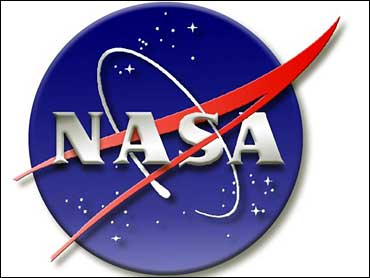 The next shuttle mission had been scheduled for September, but now is expected to occur no earlier than March.

The move comes as seven members of a larger oversight panel issued a scathing critique of the shuttle program Wednesday.

Some of the same "disturbing" traits that contributed to the Columbia tragedy were still present in the months leading up to the shuttle Discovery's liftoff, the members said.

"We expected that NASA leadership would set high standards for post-Columbia work," the panel members wrote. "We were, overall, disappointed."

The minority report said poor leadership made the shuttle's return to space on July 26 more complicated, expensive and prolonged than it needed to be. So much emphasis was placed on trying to meet unrealistic launch dates that some safety improvements were skipped, said the group.

"Another disturbing trait that we observed was that personalities were allowed to dominate over strict process," the seven panel members added.

"NASA needs to learn the lessons of its past ... lessons provided at the cost of the lives of seventeen astronauts," they said, referring to the seven killed aboard Columbia and 10 others who died in the Challenger and Apollo 1 accidents years earlier.

The seven critics are part of the 26-member task force that monitored NASA's progress in meeting the recommendations set forth by the Columbia accident investigators. The entire task force concluded in late June in an advance summary — just a month before Discovery's liftoff on the first mission since the Columbia disaster — that the space agency failed to satisfy three of the 15 return-to-flight recommendations.

Those three failed recommendations were arguably the most critical: an inability to prevent dangerous pieces of foam and ice from breaking off the fuel tank during launch; an inability to fix any damage to the shuttle in orbit; and a failure to make the shuttle less vulnerable to debris strikes.

As it turned out, a large, potentially deadly chunk of foam insulation broke off Discovery's modified fuel tank during liftoff. Unlike in Columbia's tragic case, the piece did not hit Discovery. Nevertheless, NASA grounded its shuttle fleet.

The next shuttle mission now is expected to occur no earlier than March.

However, Covey and a NASA spokesman noted that space agency chief Michael Griffin requested that all individual comments, including the 20-page critique from the seven panel members, be included in the official task force report.

The seven said NASA should have done detailed engineering reviews of the Columbia accident investigators' recommendations before committing to short-term launch dates. That way, they said, the space agency would have better understood the foam loss and seriously considered alternative approaches, such as a completely redesigned fuel tank or hardening of the shuttle's skin.

Discovery's original launch date, before Columbia's catastrophic return on Feb. 1, 2003, was March 1 of that year. That date ended up changing 14 times.

As early as September 2003, NASA told the task force that some technical work was not being performed because they could not meet the launch schedule, the seven members noted. "Too often we heard the lament: 'If only we'd known we were down for two years we would have approached this very differently."'

Discovery astronaut Andrew Thomas said Wednesday that having so many launch dates was indeed "a serious issue."

"There was a line drawn in the sand for a launch date which was so close, actually it was a few months away, that it didn't give people time to do the work the way that was needed," Thomas said. "It would have been better to just say all right, the launch is three years or two years away, that's what you should plan for."

"At the end of 2½ years and $1.5 billion or more, it is not clear what has been accomplished," they said. "If the return-to-flight effort had been better managed to control costs, it is possible that funding would exist to upgrade the orbiter with newer systems and eliminate risks posed by hardware not involved in the Columbia accident."

There were numerous instances when an opportunity was missed to carry out the best solution "because of this false schedule pressure," the seven members said. One example: NASA's initial decision not to install heaters on one section of the fuel tank to prevent ice.

This trend to accept risks instead of resolving them was evident during the return-to-flight effort, the seven noted. They said it took the personal intervention of Griffin — a rocket scientist who was new in NASA's top job — to take the ice threat seriously.

In a separate observation, Apollo astronaut William Anders noted that the space shuttle will never be particularly safe "and we should not be too surprised if or when another accident happens."