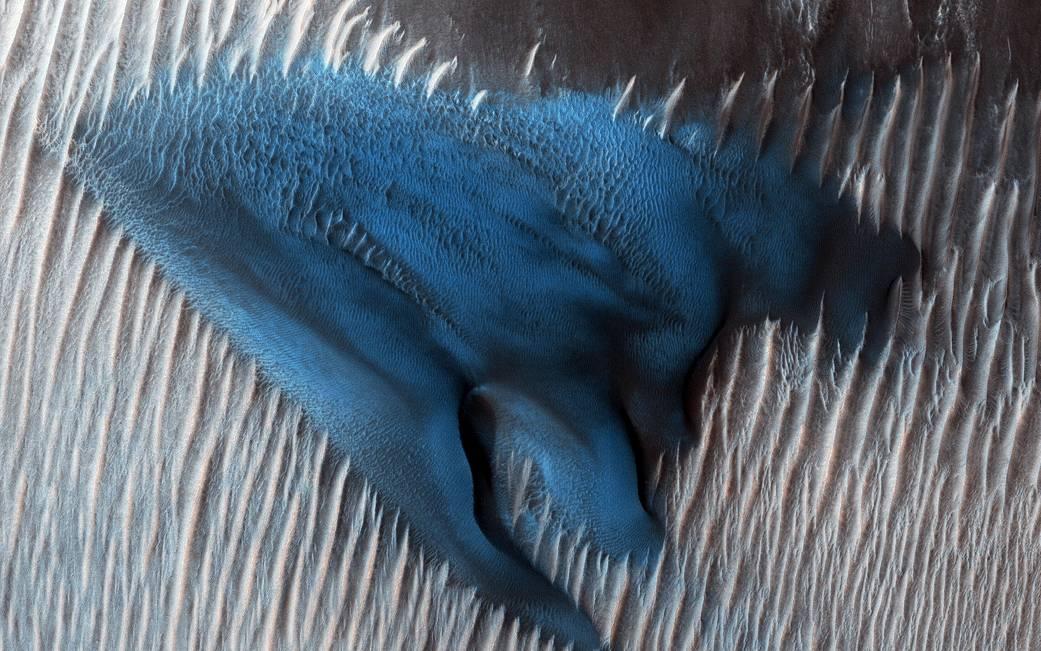 The Red Planet has the blues -- blue sand, that is. NASA has shared photos taken by its Mars Reconnaissance Orbiter that show turquoise-colored sand dunes on the surface of Mars.

"This particular dune, appearing like turquoise blue in enhanced color, is made of finer material and/or has a different composition than the surrounding," NASA writes of the large azure dune. It appears almost as if it is a lagoon surrounded by ripples of gray sand.

The image offers a closer look at a field of sand dunes that's accumulated on the floor of the Lyot Crater. It was taken by a HiRISE camera, which is operated by scientists at the The University of Arizona.

The color was enhanced to make the unique patch of sand stand out more. In other words, as Space.com reports, "the dune isn't actually blue." HiRISE principal investigator Alfred McEwen, a planetary geologist at the University of Arizona, told the website Inverse, "The dunes are actually gray, but appear relatively blue after such a stretch, because most of Mars is red."

The enhanced-color approach has been used to great effect in the Juno space probe's images of Jupiter to help us better see the gas giant's swirling cloud formations, CNET reports.