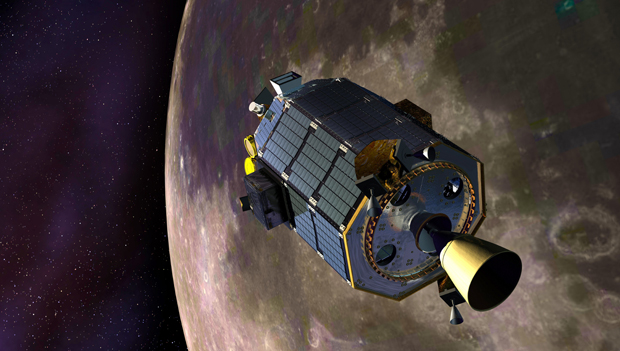 An innovative, relatively low-cost spacecraft perched atop a five-stage booster making its maiden flight is poised for launch from the Virginia coast late Friday on a mission to study the moon's ultra-thin atmosphere and the pervasive dust that blankets its cratered surface.

With forecasters predicting a 95 percent chance of good weather, the $280 million Lunar Atmosphere and Dust Environment Explorer (LADEE) mission is scheduled to get underway at 11:27 p.m. EDT (GMT-4) Friday with a sky-lighting liftoff from the Mid-Atlantic Regional Spaceport at NASA's Wallops Island Flight Facility.

If all goes well, the Minotaur 5 will boost the 844-pound LADEE spacecraft into an extremely elliptical orbit.

After completing three trips around the Earth over the next month or so, the high-point of the orbit will be far enough out to allow the moon's gravity to capture the spacecraft after a critical rocket firing.

Once in orbit around the moon, flight controllers will spend about a month checking out the spacecraft's systems, calibrating its instruments and testing an experimental laser communications system. The laser hardware is half the weight of a comparable radio system, uses a quarter of the power and can beam back data at more than 600 megabits per second.

With testing complete, the spacecraft then will drop down to an extremely low altitude, between 12 and 37 miles above the moon's surface, to begin a three-month mission to study the lunar atmosphere and the moon's dusty environment.

"I think sometimes people are a little taken aback when we start talking about the lunar atmosphere, because we were told in school that the moon doesn't have an atmosphere," said Sarah Noble, the LADEE program scientist at NASA Headquarters.

"It does, it's just really, really thin. It's so thin, the individual molecules that make up the atmosphere are so few and far between that they don't interact with each other, they never collide."

Such collision-less atmospheres are known as "exospheres" and they are common throughout the solar system, from Mercury to other moons and possibly larger members of the asteroid belt.

"It's a class of atmosphere we don't know that much about," Noble said. "It turns out the moon is actually a really convenient place to go and learn about this really common type of atmosphere. It's also a really good time for us to go explore the lunar exosphere. Because it's so delicate and thin, it's easily disturbed by things like spacecraft landings.

"Things have been relatively quiet around the moon in terms of landings the last few decades, but that's not going to stay that way for long," she said. "So now's a really good time to go and take a look at it while it's still in its pristine, natural state."

LADEE's instruments also will study dust suspended in the exosphere, a phenomenon observed by robotic landers in the 1960s and seen by Apollo astronauts from the surface of the moon.

The science goal is to collect data that may help researchers figure out how dust is lifted from the surface and transported from one point to another. From an engineering perspective, the data might help spacecraft designers better protect their hardware from dust intrusion.

"Dust is a very difficult environment to deal with on the moon. It's not like terrestrial dust," said Butler Hine, the LADEE project manager at NASA's Ames Research Center.

"Terrestrial dust is like talcum powder. On the moon, it's very rough, and it can actually follow electric field lines, it works its way into equipment. So one of the questions about dust on the moon is an engineering question: how do you design things so they can survive the dust environment?"

LADEE is the first planetary spacecraft to be designed and built at NASA's Ames Research Center in California. It incorporates a lightweight modular design that can be used for a variety of missions to a variety of targets.

One striking feature is the lack of wing-like solar panels. Instead, LADEE's entire body is studded with solar cells, allowing it to generate power regardless of its attitude, or orientation with respect to the sun.

The spacecraft is equipped with just three science instruments.

The Lunar Dust Experiment, built by the University of Colorado, will analyze individual dust grains as the spacecraft plows through the thin exosphere.

The Neutral Mass Spectrometer, provided by NASA's Goddard Spaceflight Center, will study chemical variations in the exosphere and the Ultraviolet and Visible Light Spectrometer built at Ames will look to one side of the spacecraft's path to analyze the exosphere's constituents and look for suspended dust particles.

The science phase of the mission is expected to last about 100 days, based on how long the spacecraft's fuel holds out.

"The total mission length is six months," Hine said. "We take about a month to get to the moon, we take another month to do the commissioning phase of the instruments and the laser communications experiment. Then we drop down (to the science orbit).

"The moon has a very lumpy gravity field. What that means is you never get truly circular orbits around the moon and the closer you get to the moon, the more your orbit varies up and down. And so to stay that low above the lunar surface we expend a lot of fuel."

When the fuel finally gets too low to maintain the science orbit, flight controllers will uplink commands to crash the spacecraft into the surface.

John Grunsfeld, a former astronomer and shuttle astronaut who serves as NASA's associate administrator for space science, said the LADEE mission will help answer fundamental questions about the moon and its environment.

"We've studied the moon extensively since the Apollo astronauts last left 40 years ago," he said. "Since then, we've discovered the moon, in a sense, is still alive, it's still evolving. The LADEE mission is going to give us whole new vistas on our nearest neighbor." 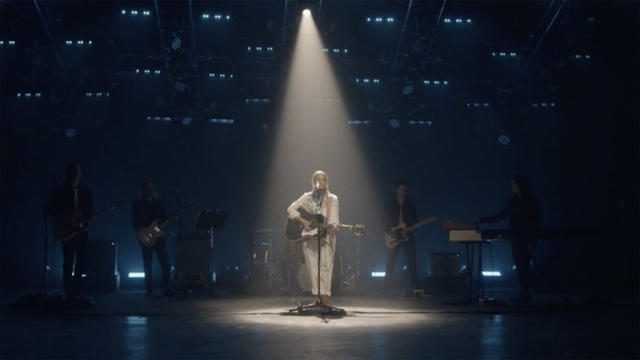