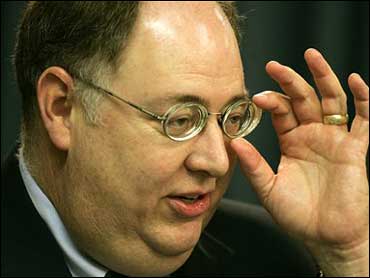 NASA will try for three shuttle flights this year if the space agency is able to launch Discovery in May or July, a top NASA official said Tuesday.

Engineers still are working out problems with the external fuel tank and other details.

"I remain optimistic that if we fly by this summer, we will be able to get three flights off," Hale said at a news conference. "But time will tell. This is not like the railroad."

In a best case scenario, shuttles would fly in May, July and November. Sticking to a May launch schedule for Discovery, though, doesn't give NASA much time to fix any major technical problems that might pop up, said NASA launch director Mike Leinbach.

Fixing the problem of foam insulation snapping off the fuel tank during liftoff remains the biggest obstacle to getting the shuttle off the ground in May. Hale has asked his launch team to consider a possible May 10 launch date. Discovery's fuel tank is expected to arrive by barge at the Kennedy Space Center on Wednesday.

The shuttle Columbia's seven astronauts died in 2003 when a large piece of foam struck a wing during liftoff, leaving an unnoticed hole that let in fiery gases that shattered the spacecraft after it entered the atmosphere on its way toward a landing.

NASA engineers thought they had fixed the problem before last summer's space mission. They were disappointed when a one-pound piece of foam flew off Discovery's fuel tank during launch. It turned out to be just one of 16 pieces of foam that broke off.

"Perhaps some of the small pieces did in fact strike the orbiter but we don't have what I'll call solid evidence," Hale said Tuesday.

The shuttle fleet has been grounded ever since the mission last summer. NASA has removed more than 35 pounds of foam from the fuel tank to be used on the next shuttle flight, and engineers will conduct several wind tunnel tests over the next two months to make sure the change is aerodynamically sound.

NASA engineers and technicians also are keeping their eyes on two other problems: engine seals that caused a leak test failure and a minuscule metal shard in the filter screen of Discovery's 12-inch liquid oxygen feed line.

The agency will replace the seals and is studying whether more work is needed. The metal shard is as tiny as "the size of a period in 10-point type," Leinbach said.

NASA doesn't want to do more than is necessary because "there's the collateral damage of breaking into a major system like that," Leinbach said.