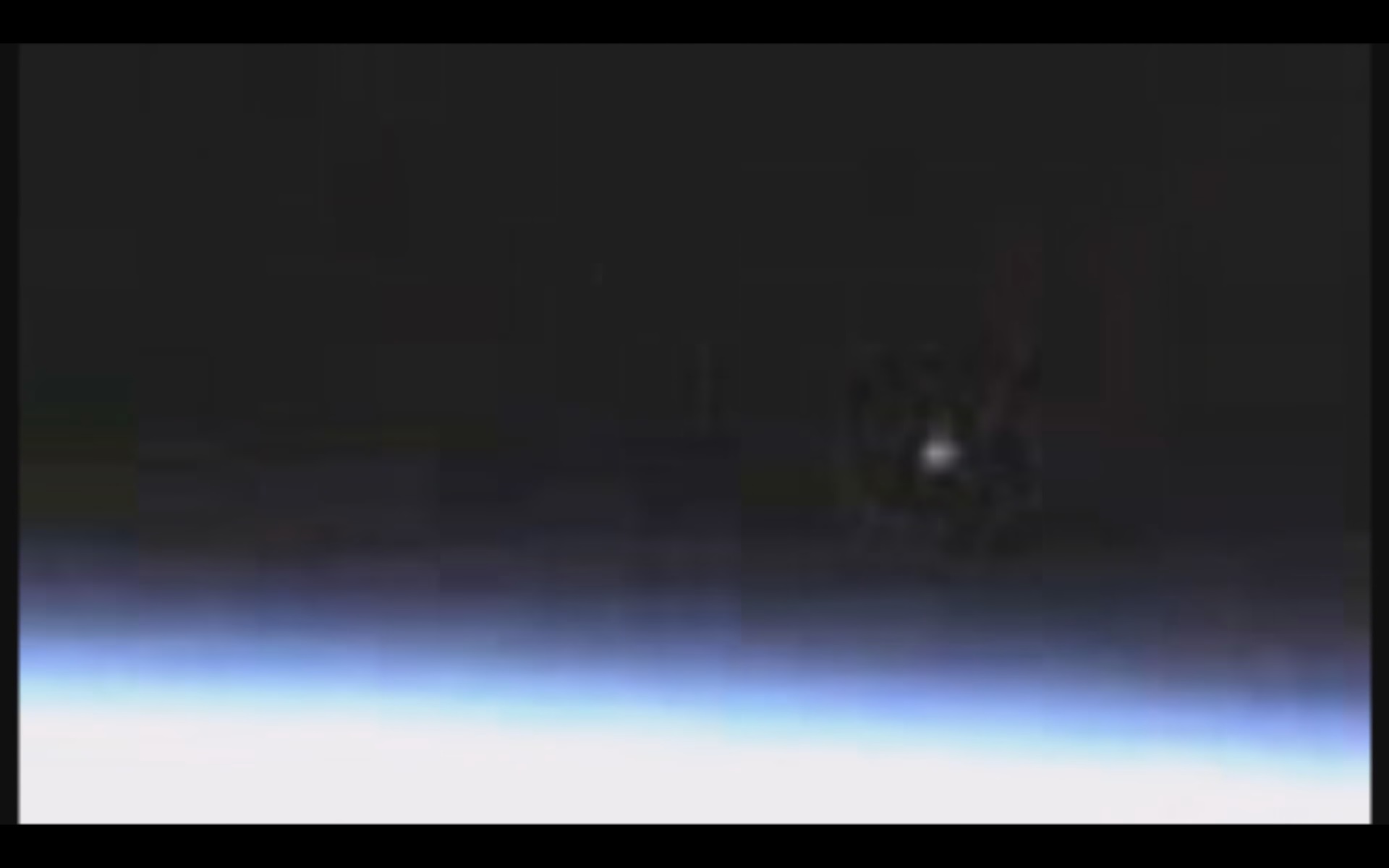 NASA is offering an explanation for the space video controversy that has some UFO believers up in arms.

The video appears to show an object entering the Earth's atmosphere before NASA's live feed from the International Space Station abruptly cuts off. Some conspiracy theorists were quick to suggest that NASA was trying to hide something.

In the video, posted on YouTube July 9 by UFO hunter Streetcap1, you can see the bright object descending towards Earth; then the feed stops.

Some speculate that the object may be the now-vacant Chinese Space Station Tiangong-1 tumbling back towards Earth, or it may simply be a meteor.

"Remember a ufo is an unidentified flying object. This could well be a meteor or the like. What made it interesting was the camera cut off when the ufo seemed to stop," Streetcap1 wrote on the YouTube page.

But NASA says there's a fairly mundane explanation for why the feed was interrupted.

"The video is from our High Definition Earth Viewing (HDEV) experiment aboard the ISS, which is mounted externally on the ISS," NASA spokesperson Daniel Huot told CNET via e-mail. "This experiment includes several commercial HD video cameras aimed at the Earth, which are enclosed in a pressurized and temperature-controlled housing. The experiment is on automatic controls to cycle through the various cameras."

Huot continued: "The station regularly passes out of range of the Tracking and Data Relay Satellites (TDRS) used to send and receive video, voice and telemetry from the station," he said. "For video, whenever we lose signal (video comes down on our higher bandwidth, called KU) the cameras will show a blue screen (indicating no signal) or a preset video slate."