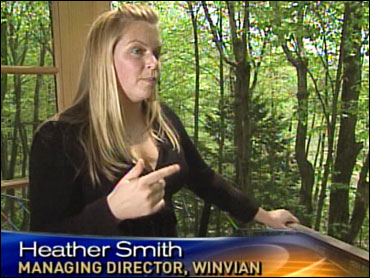 In an effort to combat piracy, the online music service Napster will use new technology that identifies songs by mapping their sound patterns.

Napster on Friday announced the deal with the Virginia company that developed the technology. The music service is trying to counter criticism that it has not done enough to stem the illegal trading of copyrighted songs on the Internet.

The Recording Industry Association of America, Napster's main foe in a legal battle that threatens to end the swapping service, gave cautious praise to the new detection effort.

"Napster's apparent interest in complying with the court's order is good news for creators and seems to be a step in the right direction," said Cary Sherman, the RIAA's general counsel.

Since a federal judge ruled that Napster software -- which has allowed millions of Internet users to swap songs -- violated copyright laws, the company has been pressed to block all songs from artists and publishers who have not given their permission.

Napster interim CEO Hank Barry said the program developed by Alexandria, Va.-based Relatable "shows great promise" but he did not say when Napster will incorporate it.

Pat Breslin, Relatable's chief executive, said the tool may not make it into Napster's current free software, and may be added to the new subscription-based Napster envisioned by music publisher Bertelsmann AG, a Napster investor.

"There are technical challenges and obstacles that will have to be addressed," Breslin said.

Napster's first effort to block songs focused on their titles -- but savvy computers users have foiled many blockages by inserting typos or switching letters in the song titles.

The deal with Relatable moves the blocking effort in a new direction. The company's TRM software identifies songs by their sound properties -- an identification process that the company says will work regardless of the file format or quality.

"TRM will help ensure that the millions of music files transferred through the new Napster system will be accurately monitored, and it will enable the appropriate allocation of royalties," Breslin said.

The solution comes as pressure is growing for Napster to block more songs or be shut down. The recording industry has insisted in court that Napster isn't doing enough to stem the trading.

Even the judge hearing the case has begun to lose patience. U.S. District Judge Marilyn Hall Patel threatened to shut Napster down earlier this month, saying, "You created this monster, you fix it."

David Farber, a University of Pennsylvania professor who just completed a stint as the chief technologist at the Federal Communications Commission, expressed some skepticism about the technology.

"It sounds like a lot of work, personally," Farber said. "It should be relatively reliable, but you're not going to (be able to) tell that until the first court case."