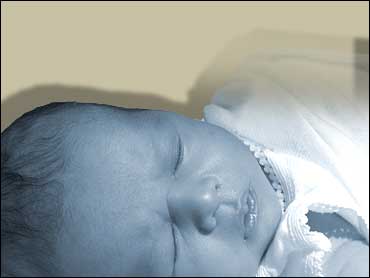 A good nap may not only keep babies from getting cranky; it may also help them learn.

A new study suggests napping plays an important role in the learning process by allowing babies to process and retain information they're exposed to while awake.

Researchers found 15-month-old babies who took a nap after being exposed to phrases from an artificial language were more likely to recognize and apply the learned information later than babies who missed nap time.

Nap Time Is Learning Time, Too

The study, published in the journal Psychological Science, compared the effects of napping on an advanced type of learning known as abstraction.

Researchers played recordings of phrases from an artificial language, like "pel — wadim — jic," to 48 infants during a learning session until the babies became familiar with them. The phrases each contained three word sounds.

After the learning session, some of the babies took their normally scheduled naps. But some other babies, who didn't normally take a nap at that time of day, remained awake.

The babies were then retested. They heard the same phrases they had heard before, as well as new phrases containing two of the familiar "words" with a new "word" inserted in the middle.

Researchers found that all the babies recognized the familiar phrases later. But the babies who napped not only recognized those phrases, they were also able to generalize their learned information to recognize new phrases containing only two of the three familiar word sounds.

Meanwhile, babies who did not nap merely responded to the original phrases and could not apply the sound patterns to recognize the slightly different phrases.

Researcher Rebecca Gomez of the University of Arizona says the results suggest napping supports abstract learning, or the ability to detect a general pattern in new information, which is essential to cognitive development.