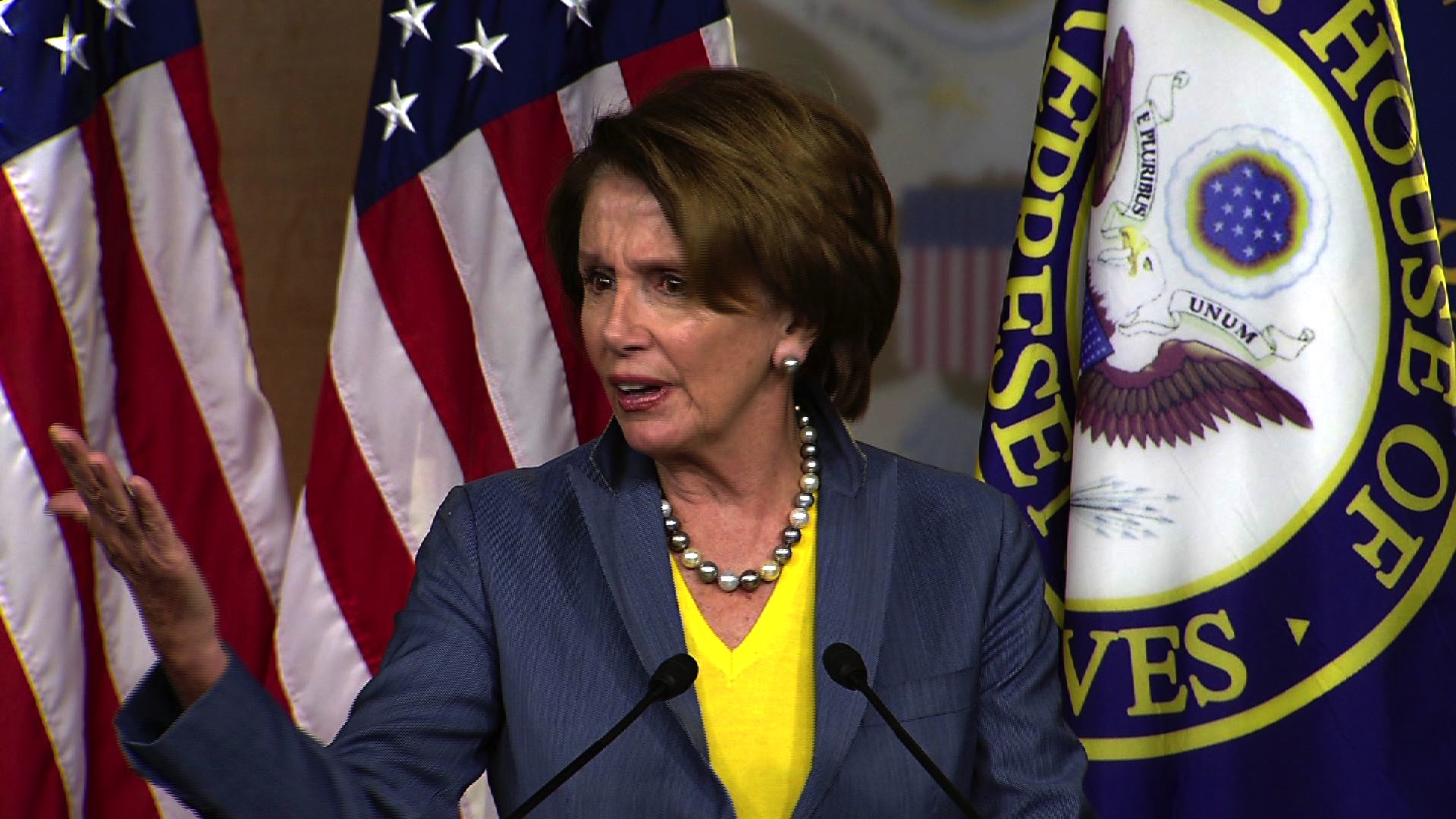 House Minority Leader Nancy Pelosi, D-California, reacted defensively on Thursday when she was asked whether Democrats' losses in the midterm elections should prompt her to step down from her leadership position.

In response to the question from CBS News congressional correspondent Nancy Cordes, Pelosi suggested there was a double standard at play. She pressed all the reporters at her weekly news conference on whether they had ever asked Senate Republican leader Mitch McConnell if he planned to step aside after Republicans failed to capture the Senate majority in 2008, 2010, and 2012.

"What was the day that any of you said to Mitch McConnell... 'Aren't you getting a little old Mitch? Shouldn't you step aside?' Have you ever asked him that question?" she wondered.

"I'm here as long as my members want me to be here, as long as there is a reason to be here," she added. "I am not here on a schedule, on anything except a mission to get a job done. I am so proud of the confidence that my members have placed in me...it just is interesting that, as a woman, to see how many times that question is asked of a woman and how many times that question is never asked of Mitch McConnell."

Democrats lost at least 16 additional seats in the House of Representatives in this year's midterm elections, but those results were overshadowed by the party's loss of its majority in the Senate, where Republicans seized at least eight additional seats.

Pelosi also folded her critique of the leadership question into a broader point about how the media treats powerful women.

"When we won the House--and that was largely an initiative that I started around 2000 to take us to a place where we would win the House -- that was a big thing," she recalled. "I was never on the front of Time magazine even though I was the first woman [speaker of the House.]

"Wasn't that a curiosity, that the Republicans win; [House Speaker John] Boehner's on the front of Time magazine. Mitch McConnell wins; he's on the front of Time magazine. Isn't there a pattern here?" she mused. "Now, as I said, who I am does not depend on any of that, with all due respect to all of you, but as a woman its like--'Is there a message here? Is there something that we're missing?'"