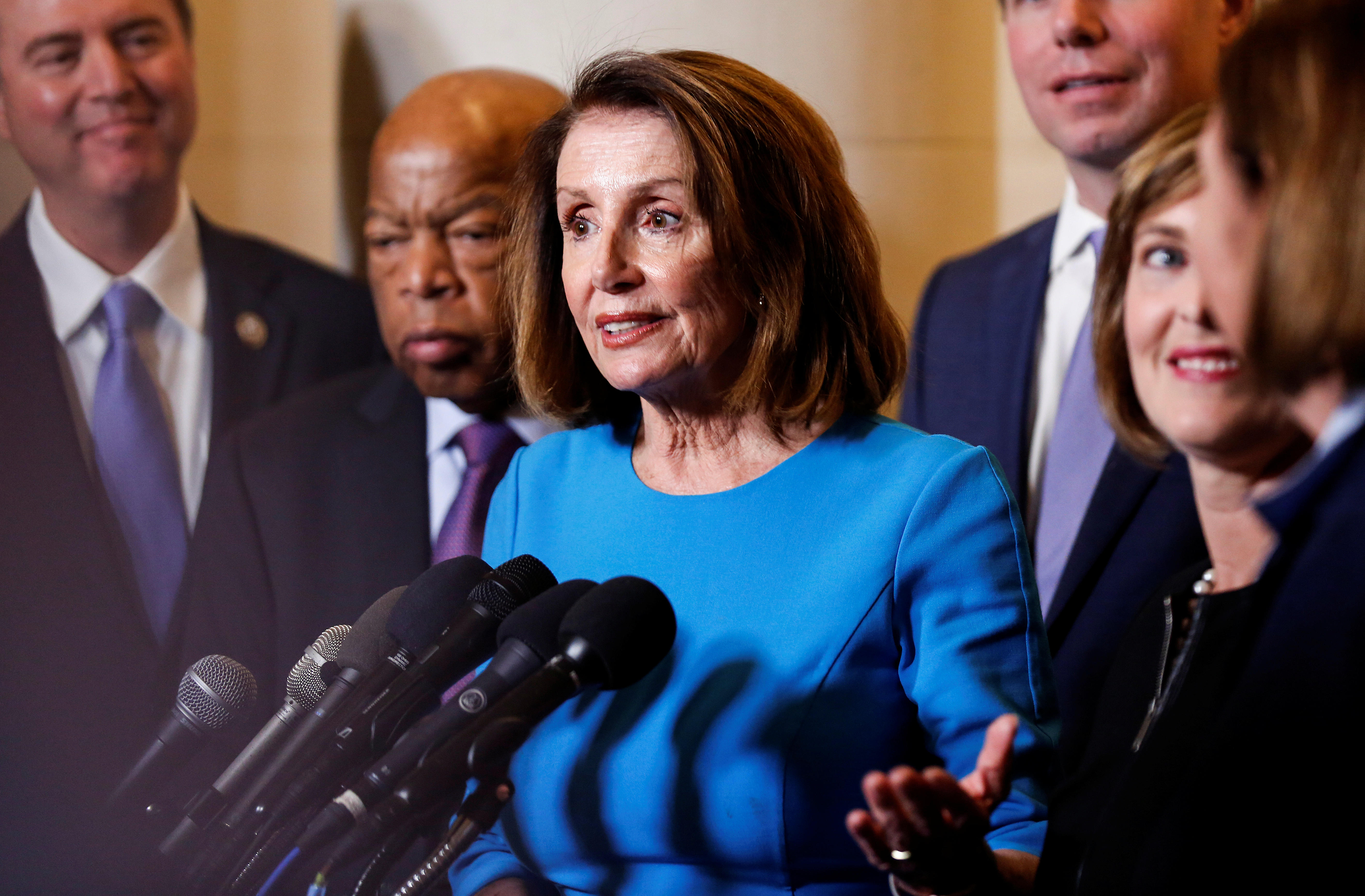 House Minority Leader Nancy Pelosi — likely soon to be the next speaker of the House — held a press conference with Democrats chosen by their party to lead the House next Congress.

Pelosi spoke briefly, introducing each new member of Congress present at the conference. She said that the new Congress would prioritize voting rights and ethical reform.

Pelosi responded to a question from CBS News' Nancy Cordes about the priority for investigations next Congress. Pelosi said while Americans "want us to address their bread and butter kitchen table issues" like lower healthcare costs, bigger paychecks and integrity in government, "make no mistake, oversight is a congressional responsibility."

Pelosi also called the new trade agreement with Canada and Mexico a "work in progress" when she was asked if the Democrats will approve such an agreement.

The Democrats' first bill will address voter suppression with an update to the Voting Rights Act of 1965, zero in on the integrity of government officials so members do not get "tangled up in money", and aim to work in a bipartisan manner with House republicans.

Several new members spoke after Pelosi to outline their plan for "tackling the culture of corruption in Congress," in the words of Rep.-elect Dean Phillips. Rep.-elect Veronica Escobar also said that immigration and the plight of Puerto Ricans in the wake of Hurricane Maria were Democratic priorities.

"We are energizing the American public to again believe in the system," said Rep.-elect Ilhan Omar, the first Somali American elected to Congress.

Pelosi garnered enough votes to secure the nomination for speaker from her own party, although the full House still needs to approve her, and she'll need 218 votes to win the speakership during the election in January.

"We had the most unifying session," Pelosi said after the closed-door meeting of the House Democratic Caucus earlier this week. "Our diversity is our strength, our unity is our power. ... Let us just take a moment to drill home the fact that we are in the majority. Majority, majority, majority. Our ranking members in a matter of weeks will be Madam and Mr. Chair."

Mr. Trump, who bashed Pelosi during his campaign rallies leading up to the midterms, has since praised her and says he supports her bid for speaker.