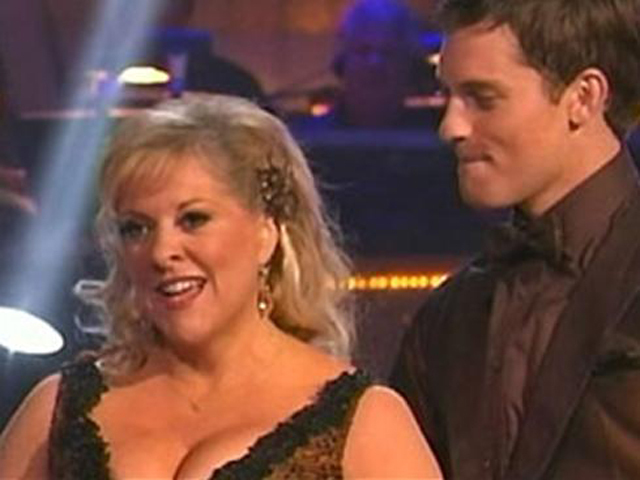 (CBS) Nancy Grace says nothing popped out of her costume during last night's episode of "Dancing with the Stars."

But Grace said it didn't happen.

"When we were doing our hop scotch portion of our dance, there was a little bit of movement but it did not rise to a wardrobe malfunction," she told reporters after the show, according to Entertainment Weekly.

"We have got every precaution known to man in this dress right here. I'm talking industrial strength precautions. So there may have been a little bit of, as Tristan said, jiggling."

She also told TMZ that it was a pasty that popped out of her costume.

"When I got dressed, I was wearing Petals (nipple covers) and an industrial strength bra ... my dancing dress also had a bra sewn into it," she said, adding, "I have been judged guilty without a trial ... I will go to my grave denying the nip slip."