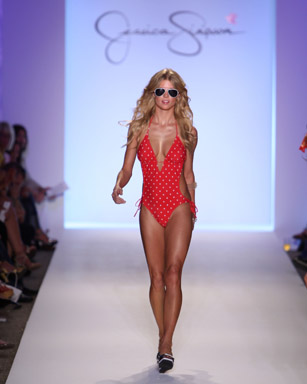 This is the week that Jon Beckerman and Rob Burnett, executive producers of NBC's "Ed," find out if their creation died with a kiss or whether the romance will continue.

It's the most nerve-racking week of the year for television producers, many of whom are waiting for phone calls that will change their lives.

Starting May 12, networks announce their schedules for the fall. Producers of hits like "CSI: Crime Scene Investigation," "Friends" or "American Idol" have nothing to worry about. They've already been renewed.

But for shows on the bubble like "Ed," "The Practice," "Becker," "Boomtown" and "Hack," there's genuine suspense.

"We're optimistic," Burnett said, "only because we think there's genuine enthusiasm for the show (among NBC executives). They've always been big fans of the show, they've praised the quality of the show and the move to Friday night has been by all measures a success."

Beckerman and Burnett met last week to map out ideas for a fourth season, a job they had put off because, well, they still don't know if it's a waste of time.

Their season ended in March with an episode that raised suspicions that they knew they were goners.

Ed and Carol, the central characters played by Tom Cavanagh and Julie Bowen, finally concluded their three-year flirtation with a sensuous kiss as fireworks exploded in the background. They stood in the same place where they shared an initial kiss in the show's first episode.

It seemed like an extremely neat ending, especially given that the previous two seasons finished with cliffhangers. Last year, for instance, Carol left on a trip with another man with the expectation they would be engaged.

"It had more to do with changing the paradigm of the show for the future than ending the series," Burnett said, though conceding it also worked well as a punctuation.

The producers had grown tired writing about the cat-and-mouse game between Carol and Ed, they said, and it had nearly reached the point of unbelievability. Real people in the characters' situation would either get together, already, or separate for good.

The risk is that the show's quirky nature — sexual tension played out with skywriters and suits of armor — will be lost once that tension is gone.

"As many people who have said to me, 'Is the show over now that Carol and Ed are together?' I've had people say, 'Get them together and let them go on with their lives instead of freezing them in this particular period of their lives,'" Beckerman said.

To outsiders, other ominous signs about the show's future were the late-season move from its Wednesday 8 p.m. time slot to Friday at 9, the April 11 season finale (most shows bow in May) and the decision not to rerun any episodes.

The latter two calls were made last summer, Beckerman said. Serial dramas with ongoing stories get poorer ratings in reruns than self-contained shows. NBC also wanted to run the season straight through without interruption, he said.

The producers said they had begged for a move to a 9 p.m. time slot, sensing it was difficult for many viewers to tune in earlier.

This season, "Ed" averaged a middling 10.3 million viewers on Wednesday, ranking No. 55 among all prime-time shows, according to Nielsen Media Research. The three Friday episodes averaged 10.5 million — a positive sign given that, in general, fewer people watch television on Friday night than Wednesday night.

Jeff Zucker, NBC entertainment president, said a decision on the future of "Ed" hadn't been made.

All sorts of factors are weighed, including whether the show has gas left in the tank creatively, whether pilots for new shows that could replace "Ed" turned out well, and whether the program has a young, upscale audience desirable to advertisers.

"We love Ed,'" Zucker said. "We're very fond of 'Ed' and I think we all are looking forward to a fourth season. I'd be shocked if it does not come back."

Since the decision is Zucker's to make, we'd be shocked, too.

But there's still enough doubt for Burnett and Beckerman to relax. In the first season, they learned in January that "Ed" would be back the following fall.

"The funny thing about these things is that all you can do is do the show and the rest of it depends on everyone else," Burnett said. "We feel like we did what we could do. We would feel a lot of frustration if we weren't given a shot to succeed in a 9 o'clock time slot."

But if Burnett's agent calls first, that could be an ominous sign — the equivalent of receiving a thin envelope from the college you've applied to. Networks tend to leak bad news early to soften the blow, and sometimes top executives delegate the bad news calls to unfortunate underlings.

Either way, Burnett and Beckerman will be waiting by their phones.