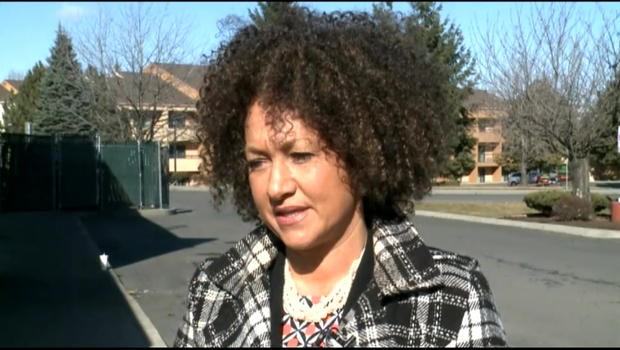 SPOKANE, Wash. - In response to allegations that the president of the Spokane, Washington, NAACP, falsely portrayed herself as a black woman, the NAACP is speaking out in support of the woman.

"One's racial identity is not a qualifying criteria or disqualifying standard for NAACP leadership," the African-American civil rights group said in a statement released Friday.

Rachel Dolezal has led the Spokane chapter of the NAACP for several years. Her parents have said recently that their daughter is white but has been falsely portraying herself as black. Their public comments have triggered a national debate over race and ethnicity.

Ruthanne Dolezal says her daughter's background is Czech, Swedish and German, with some Native American. The mother says she has not been in touch with her daughter for several years but that her daughter began to portray herself as African-American eight or nine years ago after the family adopted four black children.

In its statement, the NAACP said it respects Rachel Dolezal's privacy as she faces what they call a legal issue with her family. The organization further added that its leaders can come from any background.

"In every corner of this country, the NAACP remains committed to securing political, educational, and economic justice for all people, and we encourage Americans of all stripes to become members and serve as leaders in our organization," the statement read.

Rachel Dolezal would not answer questions about her background in an interview with The Spokesman-Review newspaper.

"That question is not as easy as it seems," she said Thursday. "There's a lot of complexities... and I don't know that everyone would understand that."

Dolezal also serves as an adjunct professor in the Africana Studies Program at Eastern Washington University and chairwoman of Spokane's police oversight board.

Mayor David Condon and City Council President Ben Stuckart say an inquiry is underway into whether she violated city policies when she listed herself as white, black and American Indian on her application for the Office of Police Ombudsman Commission.

"If this is true, I'll be very disappointed," Stuckart said Thursday, adding that the council will meet soon to discuss the issue.