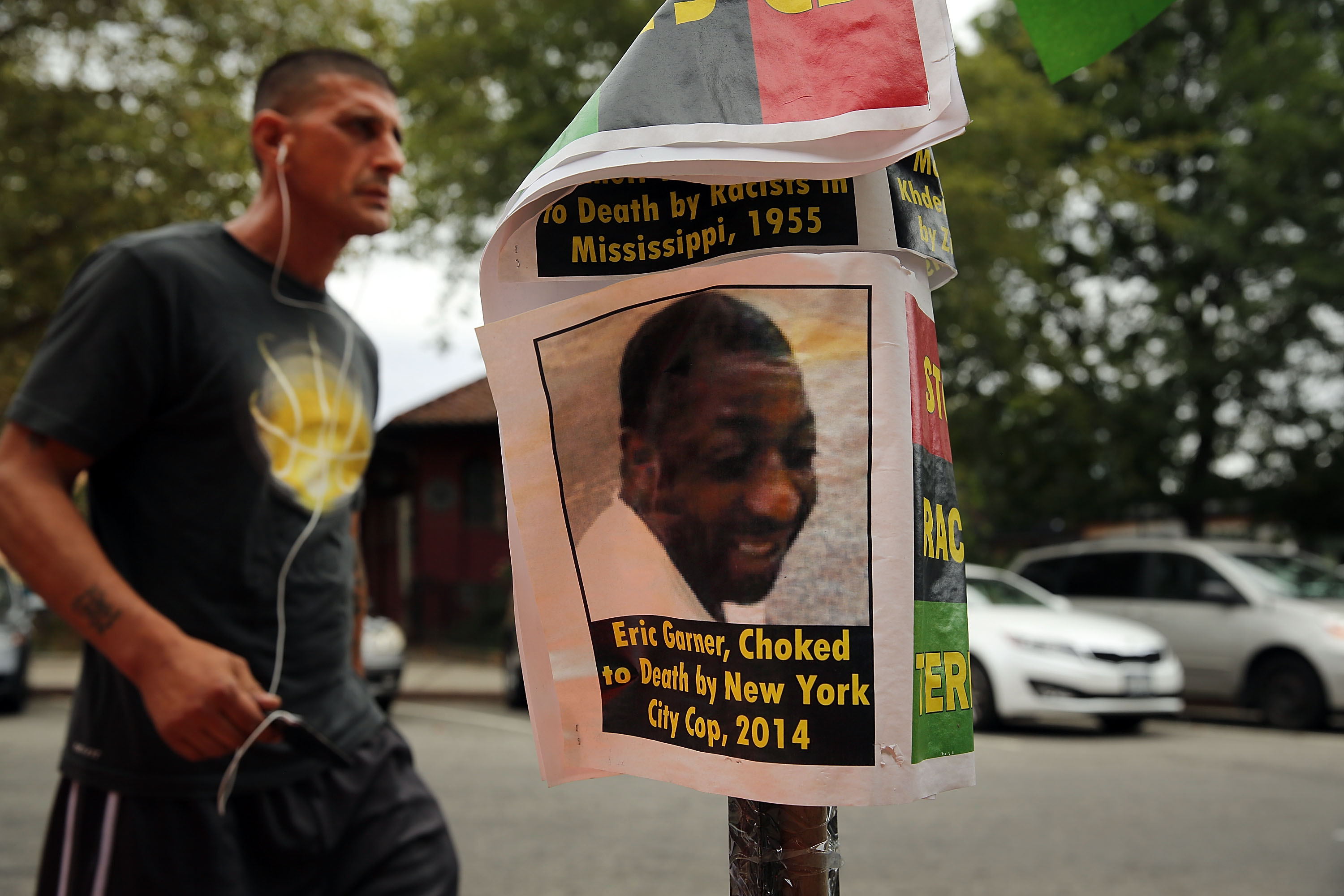 Members of New York's congressional delegation expressed shock and outrage Wednesday after a grand jury declined to return any charges against a New York City police officer who used a chokehold on a man who died after the confrontation.

The decision is "a miscarriage of justice, it's an outrage, it's a disgrace, it is a blow to our democracy, and it should shock the conscience of every single American who cares about justice and fair play," Rep. Hakeem Jeffries, D-New York, said.

The congressmen are now renewing their call for the Justice Department to commence a civil rights investigation into the death of Eric Garner. The lawmakers also called on Congress to take further action to remedy poor relations between police departments and communities of color, and for Americans nationwide to engage in a conversation about race relations.

"What more does America need to see to understand we have a problem in this country?" Jeffries asked.

In fact, America saw exactly what happened in July, when officer Daniel Pantaleo attempted to arrest Eric Garner, a father of six, for allegedly selling loose, untaxed cigarettes. A cell phone video shows Pantaleo putting his arm around Garner's neck -- even though the use of chokeholds is banned in the New York Police Department -- and bringing him to the ground after he refused to be handcuffed. Garner is heard in the video saying repeatedly, "I can't breathe!"

Jeffries said it was "inexplicable this grand jury could not return a single charge." He added, "The family of Eric Garner deserves justice, but we've got a problem that America has to confront -- we can't run away from this problem any further."

Garner's death was just one of multiple fatal confrontations this year between police and young African-American males that have put a harsh spotlight on racial inequities in the justice system. New Yorkers have already been protesting, along with people nationwide, since a grand jury in Missouri declined last month to indict an officer for the death of unarmed 18-year-old Michael Brown in Ferguson, Missouri.

Congress responded to the Ferguson incident by focusing largely on the proposal to equip police officers with body cameras. The cameras would theoretically help hold police officers accountable.

However, Rep. Gregory Meeks, D-New York, said Wednesday that the Garner case "makes me wonder, what good is what most of us have been talking about a lot... body cameras? In effect, we had a body camera here -- we've seen it all."

Jeffries added that body cameras would be a "modest step in the right direction," but the lawmakers agreed more needs to be done to address racial bias nationwide.

"We have a problem in America," Rep. Nydia Velazquez, D-New York, said. "I challenge everyone in this country to really honestly start a conversation about race relations in this country, about understanding that diversity is a strength."

President Obama addressed the Garner decision at an event Wednesday, noting that he has initiated a task force to produce recommendations for improving relations between police and minority communities.

Mr. Obama added that he spoke with Attorney General Eric Holder about the Garner case, and Holder will have comments about it.