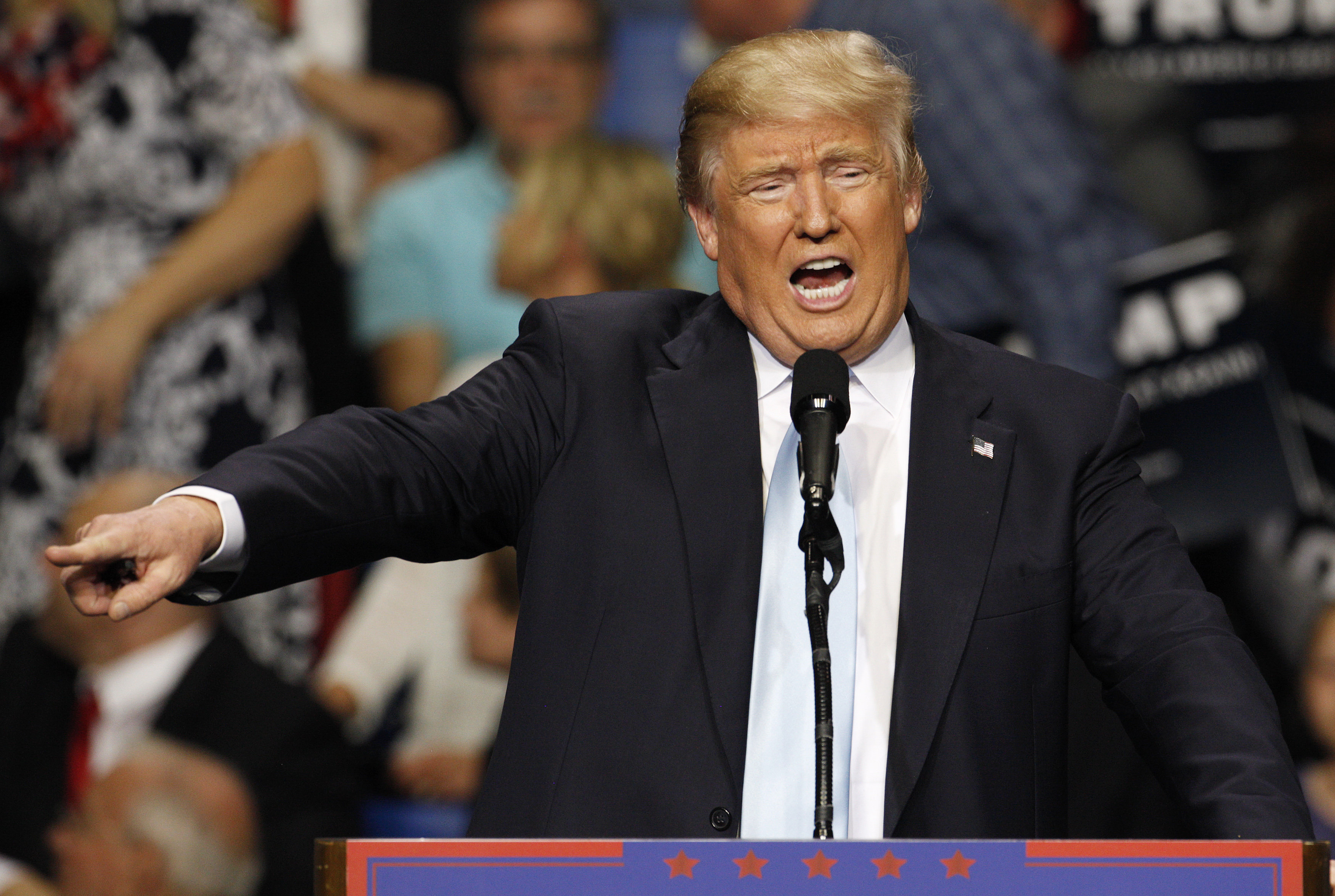 NEW YORK --A North Carolina sheriff's office said late Monday it will not charge Donald Trump or his campaign staff with "inciting a riot" at an event Wednesday, when a Trump supporter punched another man at a campaign rally, CBS affiliate WNCN reported.

The Cumberland County Sheriff's Office was investigating whether the actions of the GOP front-runner at a rally last week constituted "inciting a riot" under state law, an official said Monday.

The department said it had "reviewed the evidence accumulated and consulted with the detectives involved. The Sheriff's Office legal counsel advised, and the sheriff concurred, that the evidence does not meet the requisites of the law as established under the relevant North Carolina statute and case law to support a conviction of the crime of inciting a riot," WNCN reported.

Rallies for the Republican candidate have grown increasingly violent, leading to arrests in several recent incidents, including on March 9, when John Franklin McGraw was filmed punching a man being escorted out of a Trump event in Fayetteville.

Trump's campaign claimed in a statement Monday that protesters "only there to agitate and anger the crowd," were to blame for the incident at the Fayetteville rally.

Ronnie Mitchell, an attorney for the Cumberland County Sheriff's Office, told "48 Hours" Crimesider Monday that investigators were interviewing attendees and deputies who worked at the event to determine "whether or not there was any action on the part of Mr. Trump or his campaign to incite a riot."

"Basically, what it means is that you've engaged in some conduct that is likely, frankly imminently, to create a riot or disorderly conduct," Mitchell said. He added that it was unlikely the billionaire will be arrested.

"There's nothing to take from this that we have decided that Trump or someone from his campaign should be charged or will be charged," Mitchell said.

In North Carolina, a riot is defined as a "public disturbance involving an assemblage of three or more persons" that results in injury or property damage, or creates danger.

Trump's rallies have increasingly been the focus of hostile confrontations between supporters of the candidate and protesters. Anger reached a boiling point in Chicago on Saturday, when the campaign cancelled a rally after thousands of protesters gathered outside an arena at the University of Illinois, then flooded the venue where Trump was scheduled to speak.

Trump has since said he doesn't condone violence, but blamed the incident in Chicago on supporters of Democratic presidential candidate Bernie Sanders.

In the North Carolina incident, Rakeem Jones, who was punched by McGraw, told the Associated Press that he and others went to the event as observers, not protesters. Jones said someone swore at one of their group, and by the time they tried to object, the police were escorting him out.

"It was like, wow, I got hit while the police are escorting me out," he said on March 10. "The police watched me get hit."

Mitchell said the sheriff's investigation included an internal probe into the actions of deputies at the event. He said he spoke Monday with a representative of Trump's campaign, who expressed concern that news of the investigation broke the day before several primaries.

The Trump campaign issued this statement to CBS News on Monday evening:

Mr. Trump gave an extremely well thought out and well received speech last week in Fayetteville, North Carolina. He spoke about trade, immigration, healthcare, education, military protection, veteran care, the second amendment and national security. This speech, which was similar to those made around the country and broadcast on television for many months, generated many standing ovations and there was a great feeling of warmth, well-being and even love in the arena. Many families and children were in attendance.

During the speech, people would stand up intermittently in small groups or singles and loudly interrupt Mr. Trump's speech. In some cases they used foul language, screamed vulgarities and made obscene gestures, annoying the very well behaved audience. The people that stood were loud, rude and abrasive. On one occasion, while the police were escorting a young man out of the arena, he seemed to lift his hand and make an obscene gesture. We are told a 78-year-old man took great exception to this.

The arena was rented for a private event, paid for by the campaign and these people attended with the intent to cause trouble. They were only there to agitate and anger the crowd. It is the protestors and agitators who are in violation, not Mr. Trump or the campaign.