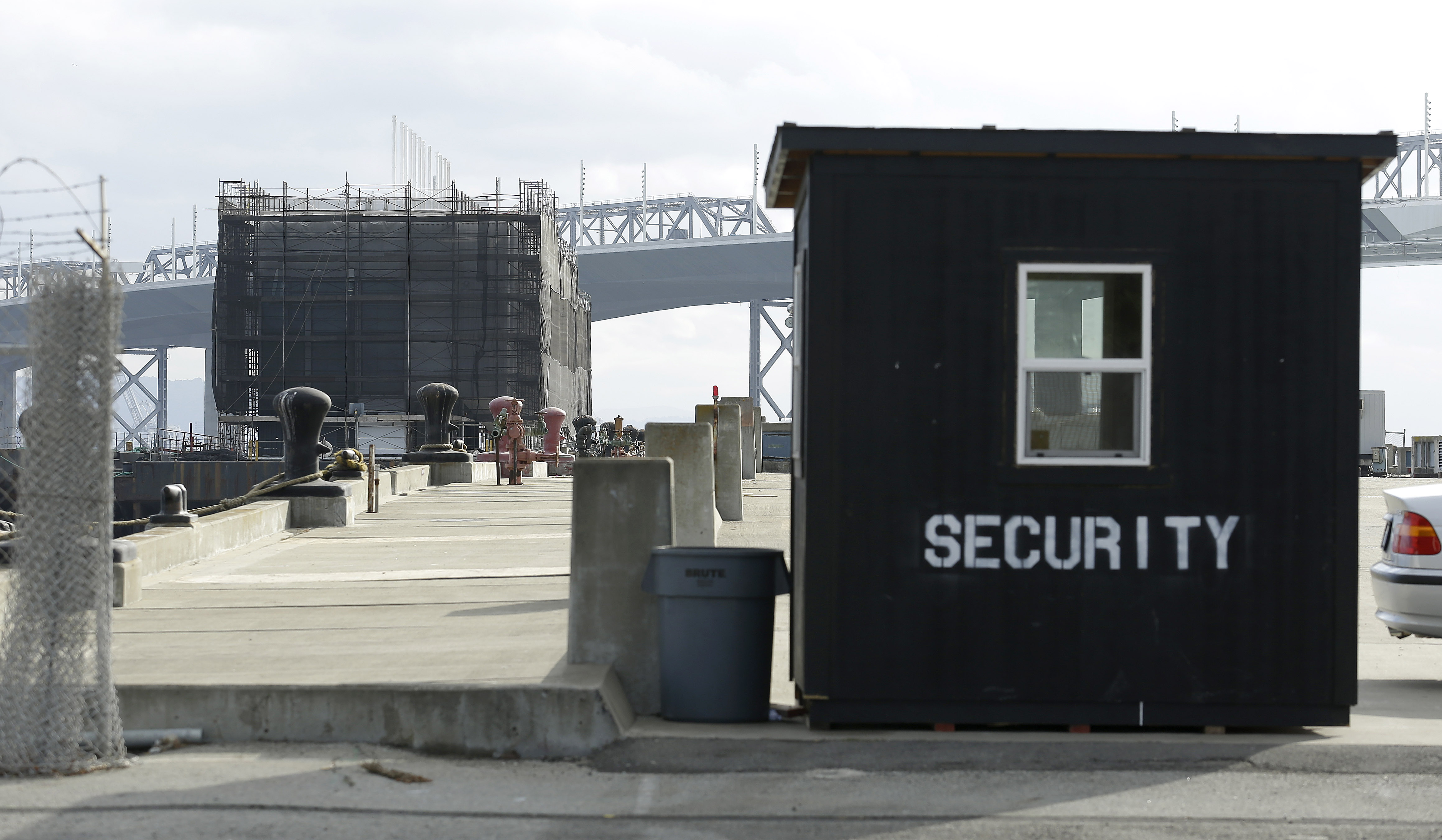 Three mysterious structures that appeared on the water in California and Maine have the tech world abuzz.

Each of the boxy structures sits atop a barge and looks like a four-story building made up of metal boxes. Little is known about them, but they appear to have been registered by someone familiar with geek speak -- and with a sense of humor.

Online speculation has focused on Google Inc., which has a patent for a floating data center that uses ocean water for cooling. Another theory is that the tech giant is building a floating marketing center, like a giant Apple store, but for Google Glass. Neither Google nor the company outfitting the vessel shed any light on the matter Tuesday.

Sharon Gaudin, a writer for Computerworld, told the Portland Press Herald that the way the vessels were named suggested a technology origin or use.

"That's a little telling," she said.

Also, the Delaware company to which they're registered is called Buy and Large, a likely joking reference to "Buy N Large," the fictional mega-corporation in the 2008 film "WALL-E."

While the floating structures may one day have a high-tech purpose, their construction appears to be fairly low tech. They consist of shipping containers welded together and placed atop barges.