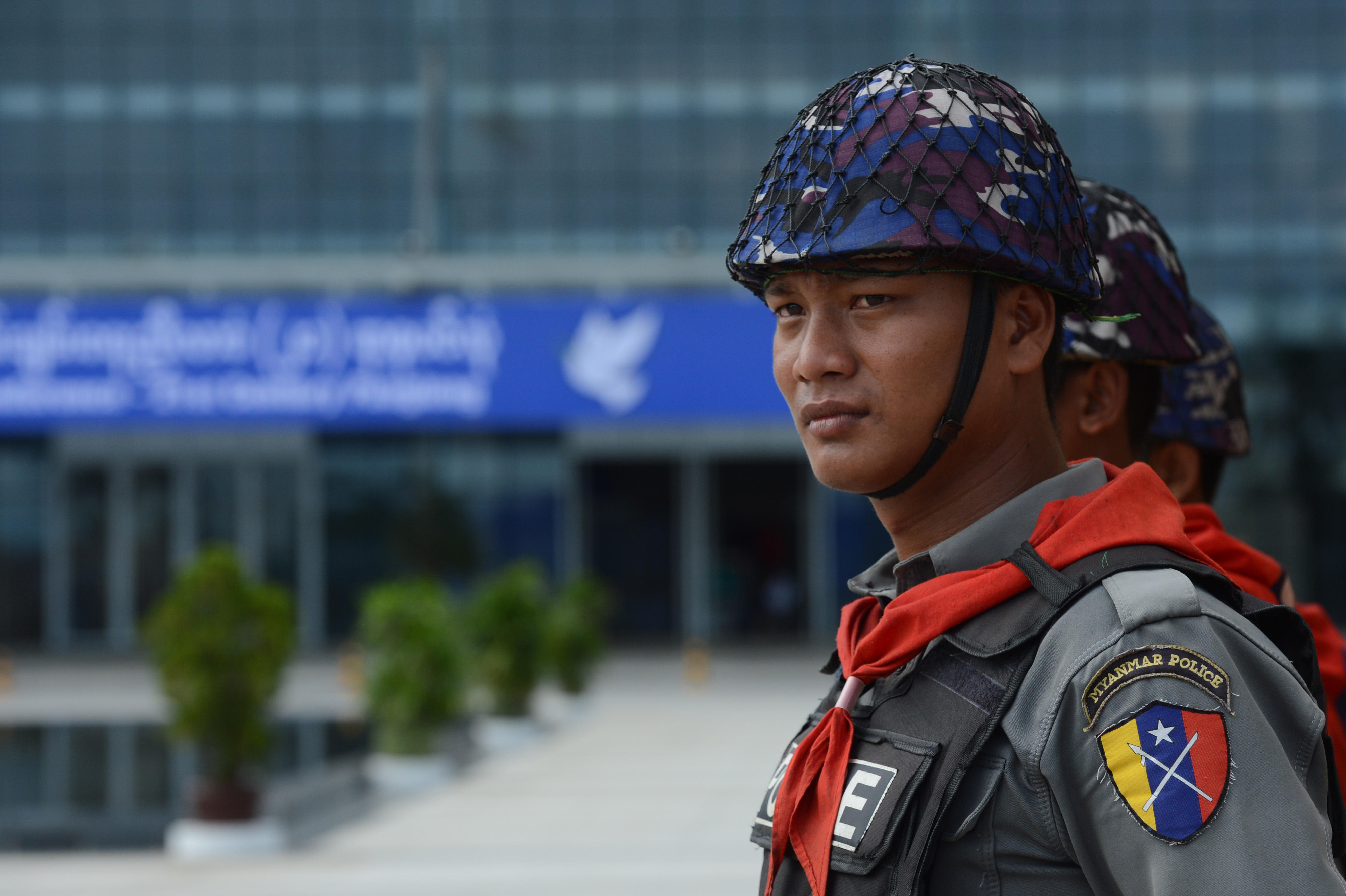 Wa Lone and Kyaw Soe Oo, employees of the Reuters news agency, were arrested late Tuesday and charged with violating the country's colonial era Official Secrets Act after police said the two were found in possession of copies of documents from officials in Muangdaw district, said Myint Kyaw, a member of the media body that investigates and settles press disputes.

Officers at the police station where the two were believed to have been charged denied that any arrest had been made.

Reuters said in a statement that Wa Lone and Kyaw Soe Oo had been missing since late Tuesday night.

"We have filed a missing person's report and are doing everything we can to locate them," the statement said.

The U.S. Embassy said it was "deeply concerned by the highly irregular arrests of two Reuters reporters."

"For a democracy to succeed, journalists need to be able to do their jobs freely," it said in a statement. It urged the government to allow immediate access to the journalists.

The press council used to be government appointed, and it's unclear whether it is fully independent under the country's new civilian government.

Northern Rakhine state is the epicenter of the Myanmar military's brutal security operation that has forced more than 625,000 minority Rohingya Muslims to flee to neighboring Bangladesh. The campaign launched in August in response to attacks on police outposts has been condemned by the United Nations as "ethnic cleansing" and those fleeing have described widespread rights abuses by security forces.

The military, which is charge of security in northern Rakhine, and the civilian government have barred most journalists and international observers from independently traveling to the region.

The Officials Secrets Act, dating back to the 1920s, makes violations punishable by up to 14 years in prison.

Journalists in Myanmar are facing renewed harassment, with several arrested in recent months. Two foreign journalists along with two of their Myanmar associates are currently awaiting trial on new charges after already being sentenced to jail for illegally flying a drone over parliament.

"Media freedom in the country is getting worse and arresting journalists is more and more common these days, and this shows that the authorities are clearly ignoring media laws," said Robert Sann Aung, a human rights lawyer.