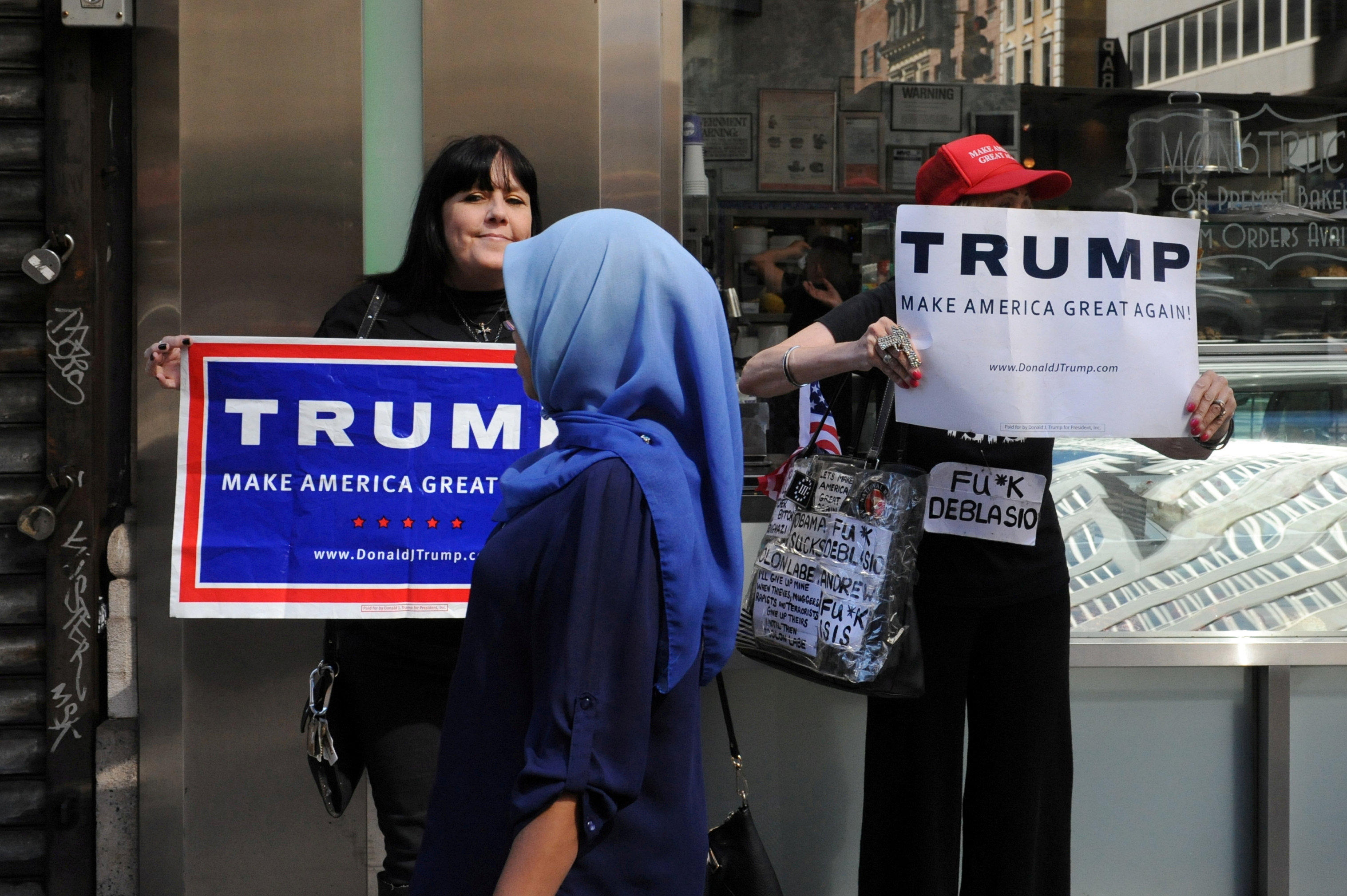 As the Q43 bus weaved through Queens, New York, Fariha Nizam’s Thursday morning commute had all the auspices of being an ordinary ride. Until, jarringly, it wasn’t. The 19-year-old college student had been seated for no more than seven minutes, she says, when the harassment began.

A white couple had boarded the bus near Springfield Boulevard. They were slightly older — perhaps middle-aged, Nizam describes. The pair walked in her direction, and the woman gestured toward her hijab.

“She started telling me to take it off and that I’m not allowed to wear it anymore,” Nizam told CBS News. “She came towards me and tried to pull it off.”

A few other commuters attempted to intervene, yet Nizam, en route to her internship in Manhattan, was already sobbing uncontrollably. She exited the bus at the next stop.

In Nizam’s opinion, the incident, less than two days after President-elect Donald Trump’s victory, was not remotely coincidental. Her hijab is a clear signifier of her Islamic identity. And Nizam, like many other Muslim Americans, believes that the Trump campaign’s rhetoric further stoked anti-Muslim sentiment. Regardless, Nizam remains steadfast. Her hijab will stay affixed on her head.

“I know I’m more susceptible to a lot of things because I wear it,” she says. “But it’s something I’m going to do — I’m not going to change that.”

Other Muslim women have reported hostile encounters and harassment this week.

At San Diego State University, a female student wearing a hijab was confronted and robbed in a parking structure on Wednesday, according to campus police. The assailants, authorities said, made comments about Trump and the Muslim community, and they believe the student was deliberately targeted because she was Muslim.

“Hate crimes are destructive to the spirit of our campus and we urge all members of our community to stand together in rejecting hate,” SDSU President Elliot Hirshman wrote in a statement.

In Northern California, at San Jose State University, another Muslim student reported being choked as a man pulled and grabbed her hijab from behind.

“I personally believe it was an attack based on race and religion,” 19-year-old Esra Altun told CBS San Francisco station KPIX5.

Many Muslim women who choose to wear hijabs have expressed palpable fear in the days after Trump’s election. In conversations online, some report grappling with whether or not to continue wearing the headscarf, worried about the potential for hate crimes.

Early Wednesday, one woman wrote on Twitter: “My mom literally just texted me ‘don’t wear the Hijab please’ and she’s the most religious person in our family…” The message has since been retweeted more than 75,000 times.