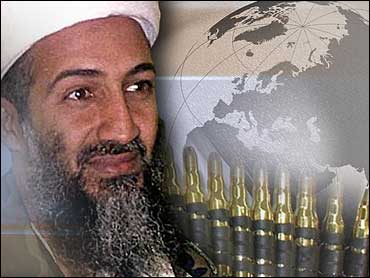 Support for Osama bin Laden and terrorist bombings against Americans and their allies in Iraq is falling in several heavily Muslim countries, particularly those where terrorist attacks have occurred.

According to surveys conducted for the Pew Research Center for the People & the Press, young people in Morocco, Lebanon, Pakistan and Turkey view America more favorably than the overall populations in those countries.

However, the research found solid majorities in Lebanon, Pakistan, Turkey, Jordan and Indonesia have an unfavorable view of the United States, while Moroccans are split.

"There are some signs - especially in Indonesia, Morocco and even Turkey, where they've had their own experience with terrorist bombings - that there's less support than there was in 2003 for suicide bombings and for bin Laden," Pew director Andrew Kohut said.

Pew interviewed people in 17 countries, six of which - Indonesia, Jordan, Lebanon, Morocco, Pakistan and Turkey - have majority Muslim populations. The polling was done before last week's terrorist bombings in London.

In Lebanon, the number of people who think the use of suicide bombing and other forms of violence is justified in defense of Islam has dropped from 73 percent in the summer of 2002 to 39 percent now. Smaller drops were seen in Morocco, from 40 percent a year ago to 13 percent now, and in Pakistan and Indonesia. In Jordan, the number of people who feel such violence is justified has grown slightly; the number in Turkey remains very low.

Since March 2004, the sentiment for suicide bombing against Americans and their allies in Iraq dropped from 70 percent to 49 percent in Jordan, which neighbors Iraq, and dropped by smaller margins in Pakistan, Turkey, and Morocco.

Public confidence in bin Laden has dipped sharply since May 2003 in Indonesia, Morocco, Lebanon and Turkey - all countries that have experienced recent terrorist bombings. In Pakistan and Jordan, a majority of people continue to say they have at least some confidence in bin Laden, the Saudi leader of al Qaeda.

The reasons for Islamic extremism varied from one majority-Muslim country to the next. Poverty and lack of jobs were mentioned most often in some countries, while U.S. policies and influence were mentioned in others. Lack of education, immorality and lawlessness were also mentioned.

"The concern about the causes of extremism are varied," said Wendy Sherman, who was counselor for the State Department in the Clinton administration. "When the U.S. government looks at our counterterrorism efforts, we clearly have to use a variety of approaches."

The Pew survey found some conflicting feelings about Islam in majority-Muslim countries.

In all of those countries except Jordan, people were more likely to say Islam is playing a greater role in their countries that it did a few years ago. The increasing role of Islam was overwhelmingly seen as a positive development in all those countries except Turkey. Respondents said growing immorality, government corruption and concerns about Western influence were among their reasons for turning to Islam.

A majority of people in Morocco and Pakistan say Islamic extremism greatly threatens their country, and almost half in Indonesia and Turkey said it poses a great threat. Few people in Lebanon and Jordan felt that way.

"Many people in Muslim countries view themselves as a Muslim first and they want to see Islam playing a greater role in their countries," Sherman said, "but they do not want Islamic extremism to take over."

Sherman said for many Muslims, "strong views of wanting Islam in their life are consistent, in their view, with democratic values."

The polls were taken in various countries from late April to the end of May with samples of about 1,000 in most countries and slightly fewer than 1,000 in the European countries. The margin of sampling error ranged from 2 percentage points to 4 percentage points, depending on the sample size.