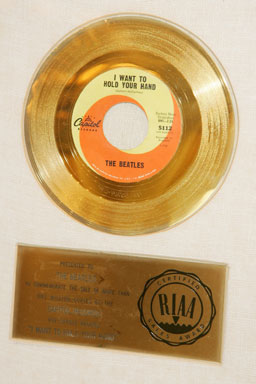 VH1's Rebecca Rankin is traveling all over the country this summer in search of fun weekend musical getaways. From Seattle to Cleveland to Nashville, she finds there's something to please almost every musical taste.

Dubbed the "House that Rock Built", Cleveland's Rock and Roll Hall of Fame and Museum contains a permanent collection of thousands of priceless musical items, plus current exhibits on Jimi Hendrix and John Lennon.

The Lennon tribute is the museum's largest of a single artist to date and it features rare items like song lyric manuscripts and Lennon's Sargeant Pepper's Uniform.

The Hall of Fame also has a summer concert series featuring acts like Godsmack, Three Doors Down and Tantric.

If country is your thing, head to Nashville and the Country Music Hall of Fame and Museum.

The new facility opened this spring and it's double the space of the original, spanning an entire city block. The museum holds everything you need to know about country music - video clips, artifacts, performances and history. There's also an 11,000 square foot conservatory, plus Country Music Television's daily live broadcast.

Seattle's Experience Music Project houses some amazing items of all musical genres. EMP recently celebrated its one-year anniversary and has some special permanent collections; a Jimi Hendrix exhibit and collection focusing on bands from the Pacific northwest.

EMP also takes the museum experience interactive. Learn an instrument, make your own music and check out a live show in the sky church - a concert room with the largest indoor video screen in the world.

Whether you want to boogie on down, tap your toes or groove to the vibes, there's something out there for almost every musical taste.