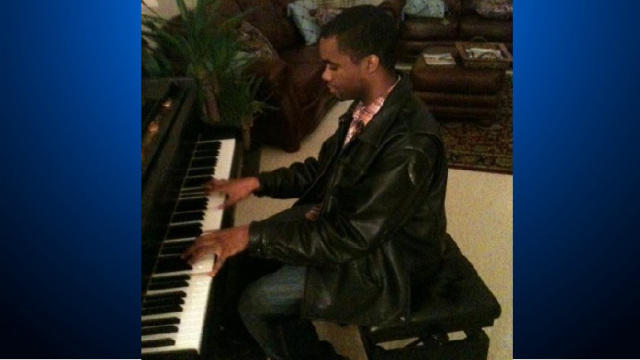 SAN FRANCISCO -- Authorities in the San Francisco Bay Area are investigating the slaying of a young black man as a possible hate crime amid growing concern over racially motivated incidents and attacks nationwide.

The Contra Costa County Sheriff’s Department arrested one white suspect and is searching for two others thought to be involved in the Nov. 12 killing of a 28-year-old musician.

Investigators say Will Sims was robbed, beaten and shot to death in the wee hours outside a bar near his hometown of Richmond. Investigators say Sims worked as a retail clerk, had no gang ties and a clean criminal record.

Porter-Kelly’s attorney Colin Cooper says his client denies involvement in the killing and that prosecutors have not yet provided any evidence or details supporting the hate crime accusation.

The Southern Poverty Law Center says it has documented 701 “reports of hateful incidents of harassment around the country” since the presidential election.

Since then, the Council on American-Islamic Relations says it has documented about 100 “anti-Muslim” incidents, including an anonymous letter mailed to several California mosques and one in Georgia saying President-elect Donald Trump will exterminate Muslims.

The population of Richmond is 36 percent black, making it the largest ethnic group in the city. Richmond Mayor Tom Butt said Sims’ slaying appeared to be a hate crime and urged community restraint.

“As we work to strengthen our city by bringing people together, we must acknowledge heinous acts of hatred, hostility and violence that occur in our community and nation as a whole,” Butt said, according to CBS San Francisco. “I am appreciative of the response from law enforcement, which has led to the arrest of one suspect, and I hope that the remaining suspects are apprehended and brought to justice expeditiously.”