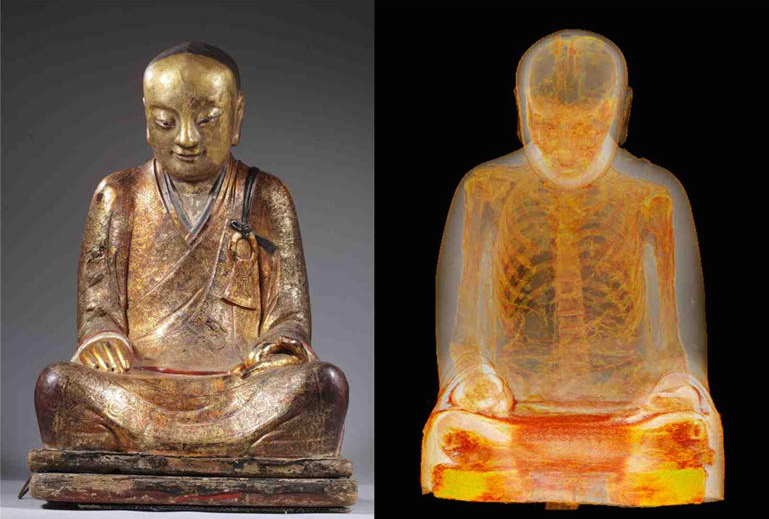 Scientists and hospital staff at the Meander Medical Center in the Netherlands used a CT scanner to reveal the mummified body of a Chinese monk inside a statue of Buddha dating back to between 1050 and 1150 A.D.

The monk had evidently practiced the ancient tradition of self-mummification, in which Buddhist ascetics would starve themselves for a decade and essentially meditate themselves to death. They would go on to be revered as "living Buddhas."

The body found inside the Chinese statue is that of Buddhist master Liuquan.

The statue had been on display at the Drents Museum in the Netherlands. Erik Brujin, an expert in Buddhist art and culture, led the research at Meander, where radiologists put the statue through a CT scanner to reveal the preserved body of Liuquan inside.

A gastrointestinal specialist also used an endoscope to take samples from inside the chest and abdominal cavities of the mummy and found, in place of organs, scraps of paper with ancient Chinese writing and other as yet unidentified materials.

The statue and Liuquan are currently on view at the Hungarian Natural History Museum in Budapest.