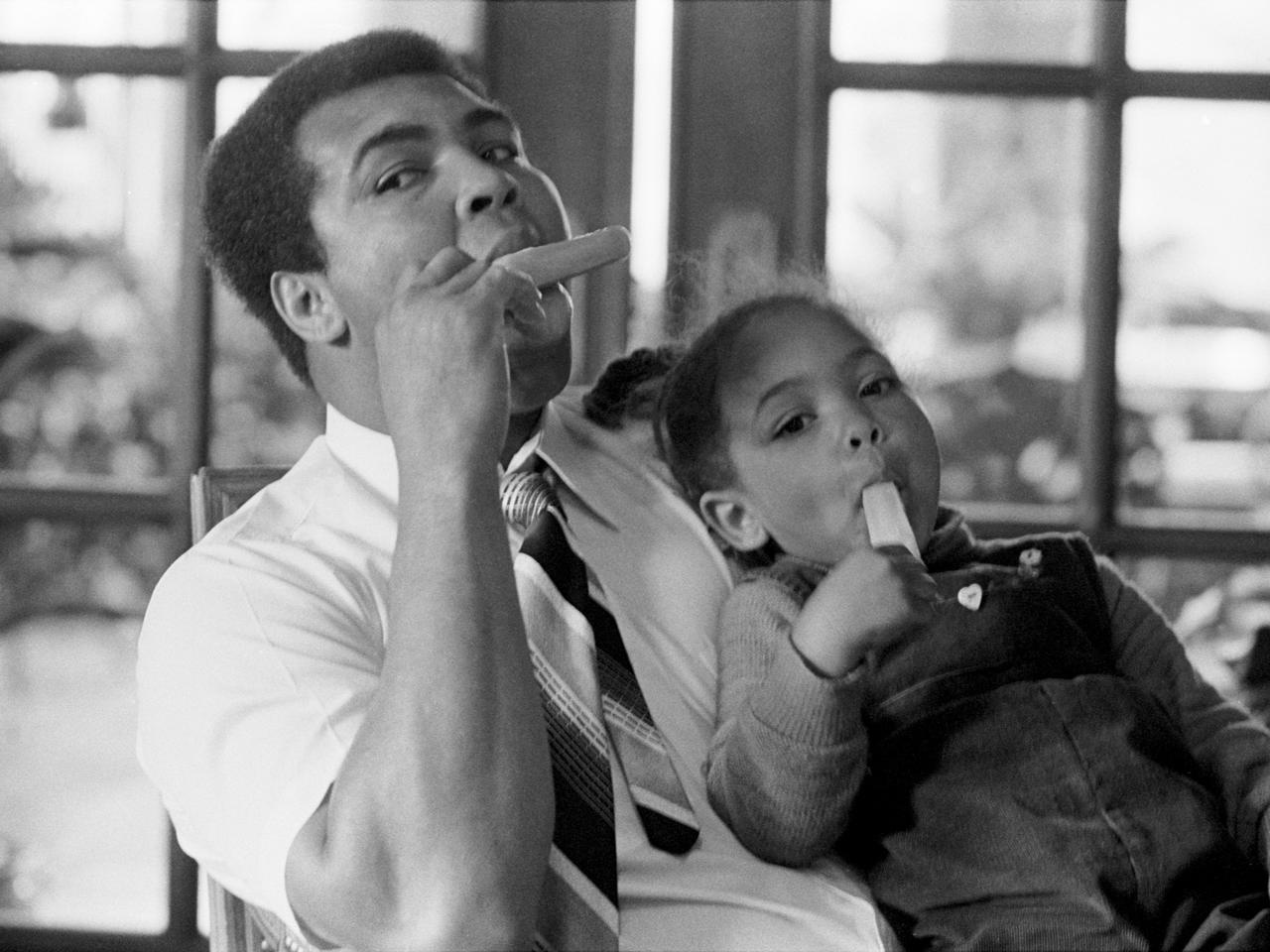 His quick fists, and even quicker mouth, made Muhammad Ali, the man, and Muhammad Ali, the boxer, famous the world over. But the photographers who worked for his hometown newspaper saw a quieter side of "The Greatest."

"He's known as the Louisville Lip," said Tom Hardin, who photographed Ali for years for the Louisville-Courier Journal. "But when you got him one-on-one, and out of the eye, if you will, he was very humble.

"When the public would show up he would entertain them with poetry or magic tricks. He hugged everybody – and hugged 'em not only physically but emotionally."

Hardin covered the fights, but preferred the more private moments. "When I was making pictures I was looking for the quiet Ali," he said, "whether it was with Luis Sarria, one of his corner people, after he'd had a hard training, or whether it was roadwork he did near Deer Lake."

"CBS This Morning" co-host Tony Dokoupil said, "There's an intimacy to the pictures you took up there. Was that what you were going for, or were you surprised to find it?"

"I was just photographing what I saw," Williams replied.

What the Louisville photographers saw and captured on film were Ali's more unguarded moments … at rest, or at play.

Pat McDonogh combed through decades of photographs in the Courier-Journal's archives for a book that tells Ali's story from Louisville's point of view. "I knew was a great collection of photographs we had in our archives, and it was sitting there untouched," McDonogh said.

The archives include thousands of pictures taken by dozens of photographers over the years. For McDonogh, the book is an homage not just to the subject of the photos, but also the people who took them.

Bill Luster's photo on the cover shows Ali before a fight. Another shows the boxer before a fight, completely still. "That's just the way it was. He was like that a lot," Luster said.

Some of the images have become iconic, like one of the 12-year-old Ali, then known as Cassius Clay. McDonogh said, "He was already starting to make a name for himself as an amateur, even though he was just a kid."

Others have never been seen before, like one of Ali reading the paper, in the hour before dawn.

"He was on a patio all by himself in the dark," said Hardin. "You're privileged to be able to discover that."

Or one of Ali falling asleep in front of a television. "On the TV screen is Howard Cosell!" laughed McDonogh. "I thought it was such a natural moment, but I had to ask Keith [Williams], 'Was Ali faking that?' because of who was on the TV and he knew that Keith was there taking pictures. He said, 'No, he really fell asleep!'"

They aren't photo ops, but life.

Williams recalled one moment: "He's driving, and he sees some guys on the street fighting. And he jumps out of the car and he says, 'Hey, if you wanna fight, come fight me.' And they all looked at him and saw who he was, and they all just burst out laughing. That's just the type of person he was."

Dokoupil asked, "Was Ali a hero to both sides of the city, white and black?"

When Muhammad Ali died in 2016, he was brought home to Louisville for the quietest day of all. But as these photographs remind us, his legacy in Louisville and beyond can still roar.

"He was a great American," Luster said. "He stood up for everybody, no matter what race they were, and I'll always remember him for that."

Doctor who diagnosed Ali with Parkinson's speaks out
More