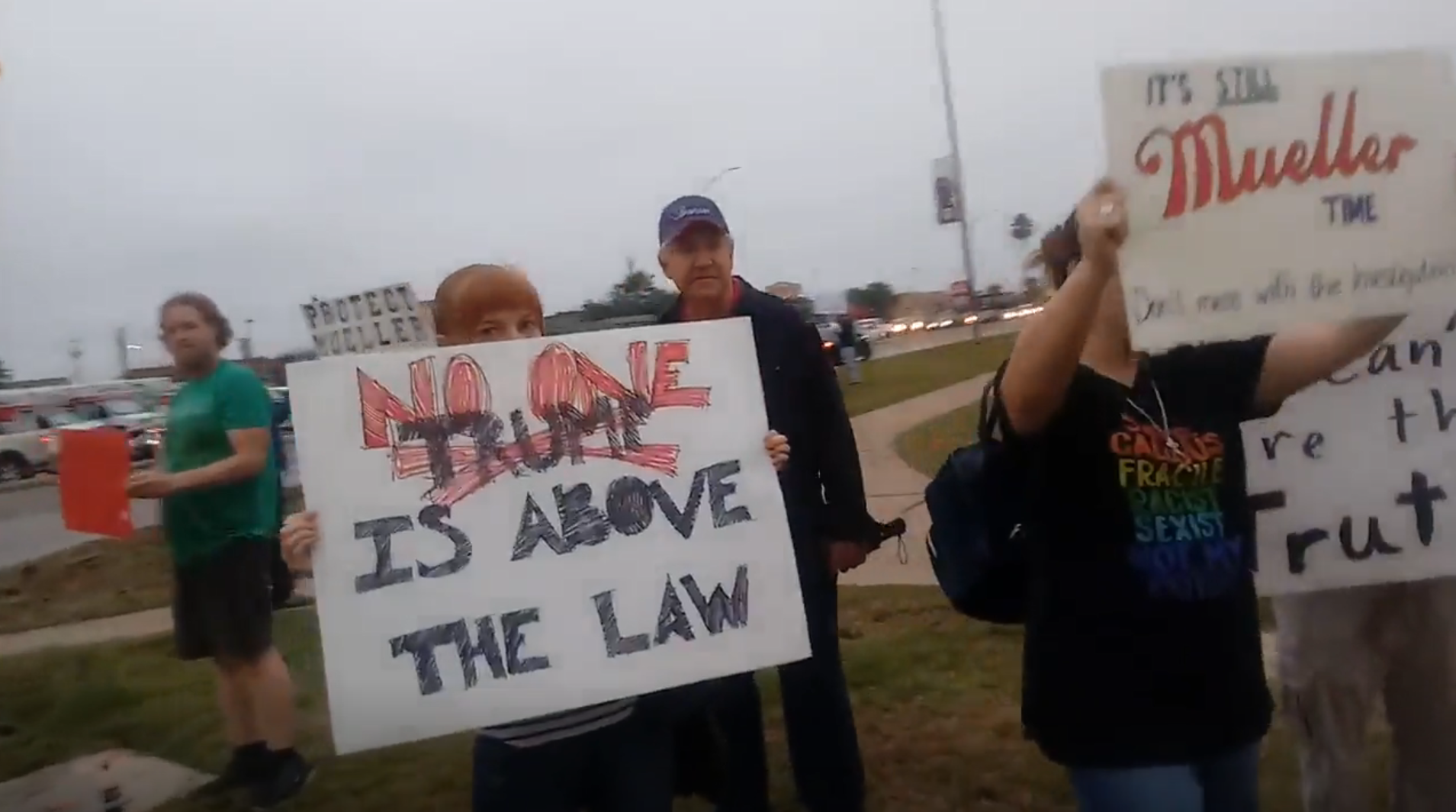 Protests have sprung up across the country Thursday night calling for the protection of special counsel Robert Mueller's probe into possible collusion between President Trump's campaign and Russia. Several hundred had gathered in New York's Times Square and other places like Washington, D.C., Boston, Chicago, North Carolina, Tennessee and Philadelphia.

In New York, demonstrators could be heard chanting "Hands off Mueller" and "Nobody is above the law" as they marched downtown. The Associated Press reported some held signs like "Truth Must Triumph" and "Repeal, Replace Trump."

Organizers of the protest said the naming of acting Attorney General Matthew Whitaker was a "deliberate attempt to obstruct the special counsel's investigation," according to AP.

Thursday's show of disapproval came a day after President Trump asked Jeff Sessions to resign as the nation's top law enforcement official. He was then replaced by Whitaker, Sessions' chief of staff, who has been critical of Mueller's investigation.

Here's a look at some of the protests around the country:

Protesters gathered outside the Richard B. Russell Federal Building in Atlanta.

Mueller supporters gathered in College Station at the corner of University Drive and Texas Avenue, according to CBS affiliate KBTX-TV.

The group Indivisible Ohio and Indivisible Westerville, which describe themselves as grassroots organizations formed after the Mr.Trump's election, protested outside the Westerville City Hall. They say they are non-partisan, but opposed to Mr. Trump and his policies and actions since taking office.

A crowd marched in downtown Chicago late Thursday near a Trump-branded property.

Hundreds of protesters gathered at the Wisconsin State Capitol to take part in the national Nobody is Above the Law rally, CBS affiliate WISC-TV reports.

Protesters gathered in Hartford, Connecticut, on Thursday, according to CBS affiliate WFSB-TV.