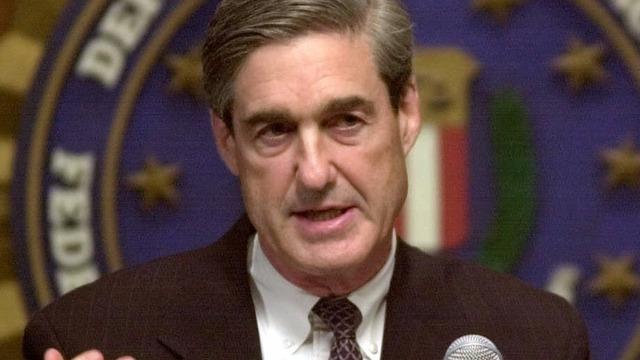 Special counsel Robert Mueller is trimming more attorneys from his office, another sign his team of prosecutors is winding down parts of their investigation into potential ties between Russia and President Donald Trump's campaign.

Two prosecutors detailed to the Russia investigation for the past year are returning to their duties in other parts of the Justice Department. They join two other attorneys who left the team over the summer.

The Special Counsel's office confirmed on Tuesday that lawyers Kyle Freeny and Brandon Van Grack left the team. Both lawyers were involved in former Trump campaign chairman Paul Manafort's case. Van Grack is also involved in the Michael Flynn plea, and Freeny is involved in the indictment of 12 Russian agents.

A spokesman for the Special Counsel's office says that Freeny will leave the office in mid-october and will return to her job at the Department of Justice's Criminal Division's Money Laundering and Asset Recovery Section. Van Grack has already concluded his time in Mueller's office and has returned to the National Security Division. He added that Van Grack will continue to represent the office on pending matters that were already assigned to him.

They join Ryan Dickey and Brian Richardson, two other prosecutors who left the office in late August. Richardson was part of a team that prosecuted former Skadden Arps attorney Alex van der Zwaan for lying to the FBI while they were investigating Manafort and others involved in his Ukrainian work.

Once Freeny leaves in October there will be 13 prosecutors left at Mueller's office.

The departures are the latest indication that the special counsel is wrapping up at least some pieces of an investigation that has shadowed Trump's presidency from the outset. But it's only a limited view into the tight-lipped Mueller's timetable or possible endgame. Critical investigative strands still remain, such as an active grand jury probe of longtime Trump associate Roger Stone and ongoing negotiations over an interview with Trump.

Besides the grand jury inquiry into Stone, other elements of the Mueller investigation remain active, including inquiries into whether the president took action to obstruct the probe and the central unresolved question of whether the Trump campaign coordinated with Russia during the 2016 election.

But after a series of indictments and high-profile plea deals with Trump associates in recent months, Mueller's shown signs of narrowing his focus, referring cases to other offices of the Justice Department, letting other U.S. attorneys largely take over cases he brought and allowing prosecutors to leave his team without replacement.

Prosecutors in Manhattan, for instance, secured a guilty plea in August from Trump's former personal lawyer, Michael Cohen, a case referred by Mueller. The U.S. attorney's office in Washington has been assigned to the special counsel's case against 13 Russians charged in a hidden but powerful social media effort to sway American public opinion.

That same office also prosecuted W. Samuel Patten, who pleaded guilty to acting as an unregistered foreign agent in a case also referred by Mueller's office.

All told, Mueller's team has obtained six guilty pleas, including from four Trump campaign advisers, and a jury conviction. He has pending indictments against 26 others and three Russian companies.