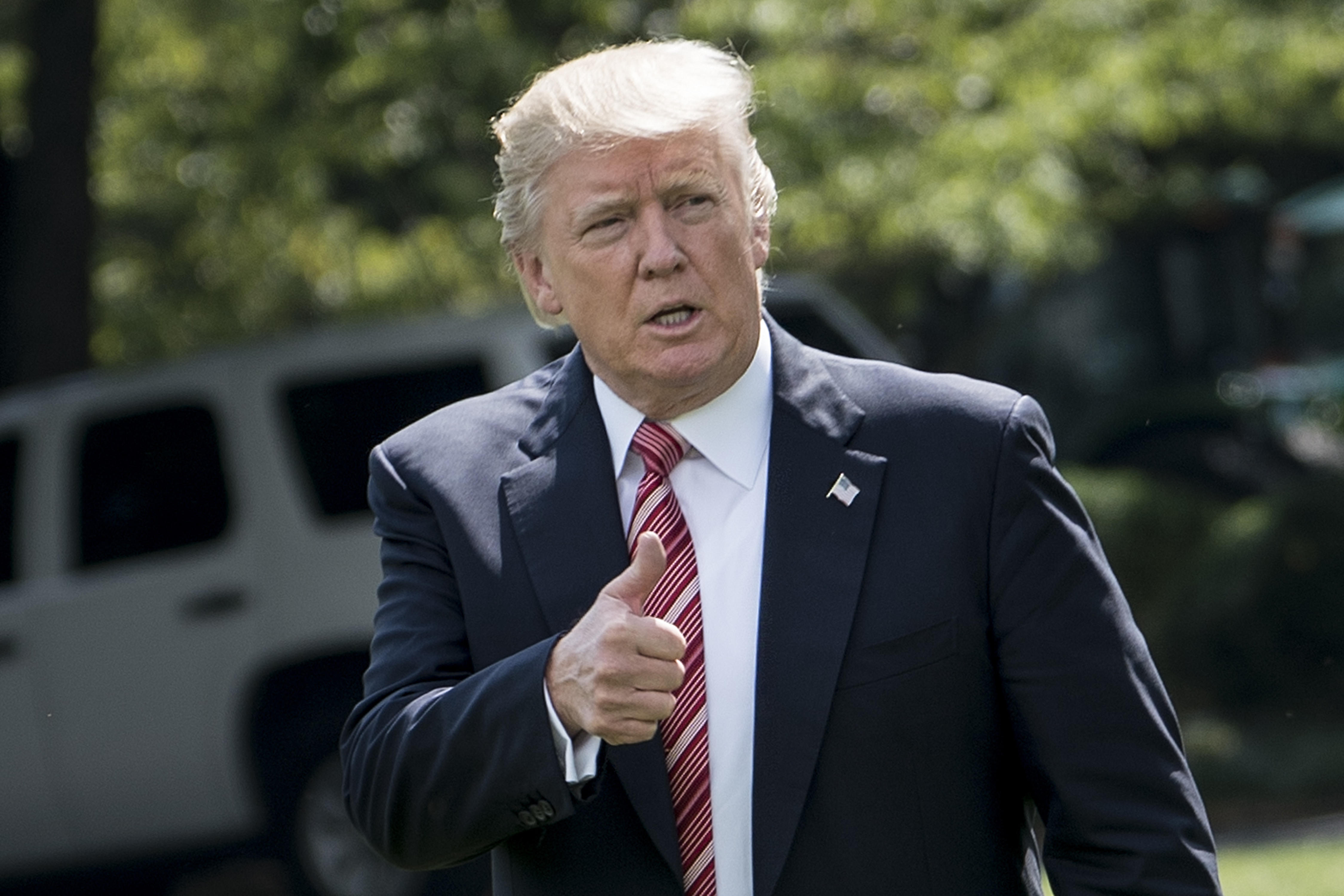 Special Counsel Robert Mueller has the draft of a letter that President Trump wrote to justify the firing of then-FBI Director James Comey, CBS News' Major Garrett confirms, according to sources familiar with the White House and Justice Department process.

Comey's testimony, on May 3, about the FBI's Hillary Clinton email investigation bothered Mr. Trump, as was known at the time, but it also bothered Rosenstein. The Friday before firing Comey, the president began talking to lawyer friends and senior staff about Comey, wondering if his testimony was accurate. The president wrote nothing down, only spoke.

Mr. Trump and aide Stephen Miller composed the four-page letter at his Bedminster golf club in May, on the weekend before Comey's termination was announced. It was part of the deliberations Mr. Trump had with staff and outside advisers starting Friday, May 5.

On the following Monday, a day before Comey was fired, the memo was discussed with White House Counsel Don McGahn. McGahn told the president that the Justice Department had already begun documenting problems with Comey that might justify his dismissal, Garrett reports. McGahn then sent Mr. Trump's memo to Attorney General Jeff Sessions and Deputy Attorney General Rod Rosenstein and informed the president that the two were coming to the White House to discuss Comey's future. The president attended that meeting.

The memo Rosenstein wrote -- that led to Comey's firing -- was shorter than the one authored by the president and Miller. The one point that came from Mr. Trump's memo and appeared in the documents terminating Comey was the line that noted that he had told the president on three occasions that he was not personally under investigation.

The New York Times first reported the existence of the letter.

According to Garrett, the president's draft described Mr. Trump's complaints about the FBI director, including the fact that he was frustrated that Comey would not publicly say that the president was not personally being investigated by the FBI in its probe into Russian interference in the presidential election.

If that's the case, the letter confirms what the president ultimately acknowledged days after Comey's firing -- that even before he received the assessment of Comey's handling of the Hillary Clinton investigation from the Justice Department, he had already decided to terminate Comey. Originally, Mr. Trump and the White House said the president decided to fire Comey only after receiving the recommendation from Sessions and Rosenstein the same day.

"[R]egardless of [Rosenstein's] recommendation, I was going to fire Comey," he told NBC News' Lester Holt. He continued, "And in fact when I decided to just do it I said to myself, I said, "You know, this Russia thing with Trump and Russia is a made-up story, it's an excuse by the Democrats for having lost an election that they should've won."

Mueller inherited the Trump-Miller memo because it was a Justice Department document. The White House did not object to Mueller's possession of the letter, in part because it believes that the memo shows what Mr. Trump was thinking about before he fired Comey.

"The Department of Justice has been cooperating with the Special Counsel and will continue to do so," DOJ spokesman Ian Prior told CBS News.