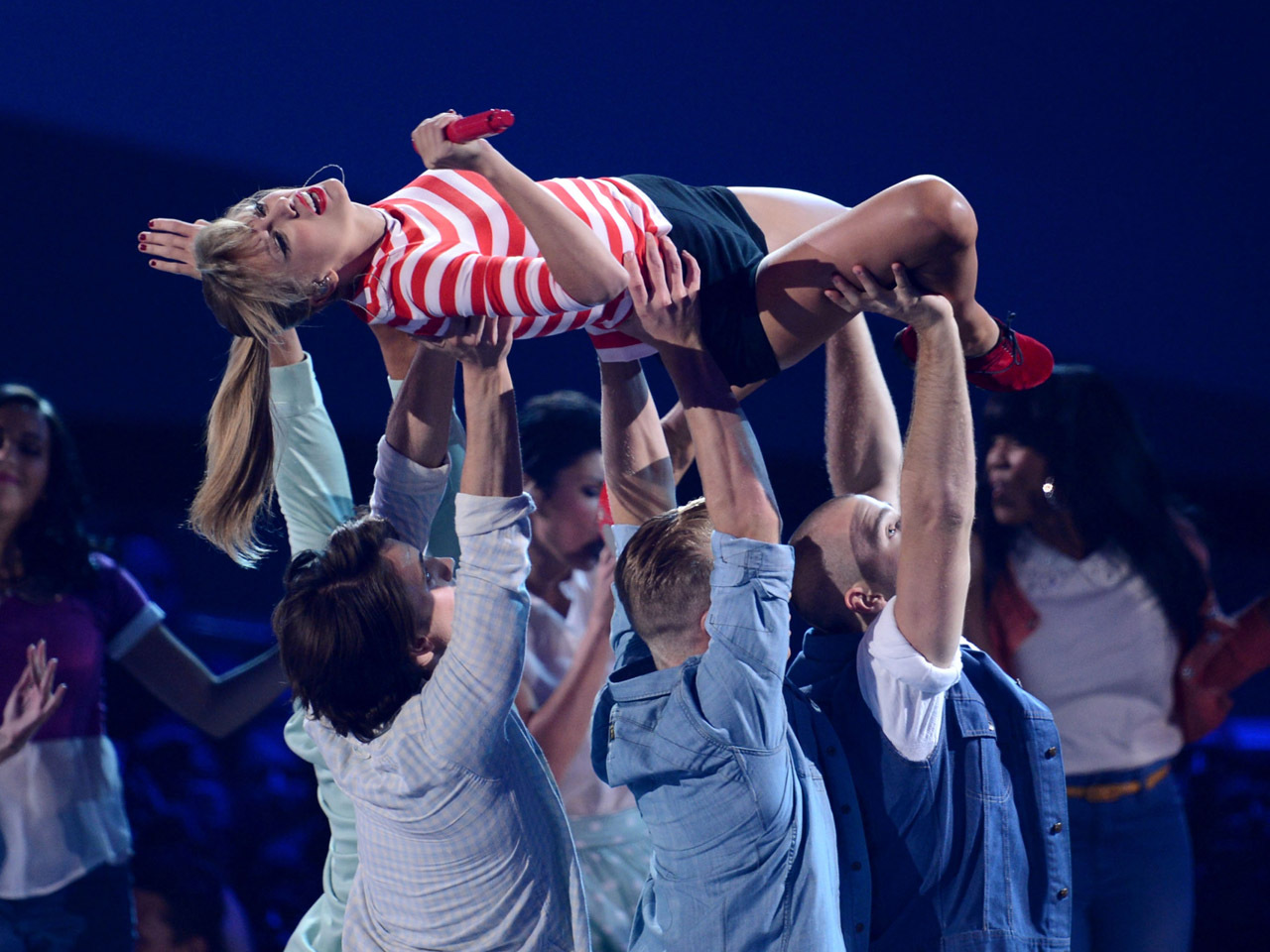 (CBS/AP) One Direction had the girls screaming, Frank Ocean gave a soft, poignant performance, and Alicia Keys brought Gabby Douglas out to do a few flips.

The MTV Video Music Awards featured a mix of hip-hop, rock, pop and R&B, beginning with Rihanna, who kicked off the party sitting regally upon a throne as she performed her new song "Cockiness (I Love It)" with A$AP Rocky and two groups of dancers.

Pink floated above the crowd on a pair of oversized lips as she performed her new song "Blow Me (One Last Kiss)" for the first time live on TV.

And Green Day came through to perform its new single, just days after frontman Billie Joe Armstrong was hospitalized for severe dehydration.

The night  ended with  Taylor Swift's performance of her new hit single, "We Are Never Ever Getting Back Together."

A few of the night's performers walked away with Moonmen. One Direction scored three honors, and Rihanna won the night's biggest awards: vdeo of the year.

Which was your favorite? Vote in our poll and sound off below.