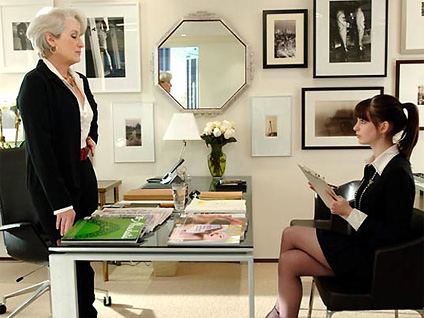 Dreams of world domination must be hard for MTV executives to avoid when they host a party at the Kremlin, with a Russian diva and Queen dueting on "We Will Rock You" and Russian soldiers performing a hip-hop dance routine.

MTV Networks will reach a milestone in February when the turn of a switch starts an MTV outlet in Africa, the company's 100th channel worldwide and first based on that continent.

Most of its American audience is probably unaware of the extent to which MTV and its sister networks have blanketed the world in an aggressive expansion drive. That may soon change.

Much of it is the work of Bill Roedy, who joined MTV shortly after its first international network, MTV Europe, opened in Amsterdam in 1987. As he greets a recent visitor to his office, he's a little glum; he just got a call telling him Russian President Vladimir Putin had to put off their meeting for a few weeks.

"It seems easy now," Roedy said. "Back then it was not as easy. I don't think anyone imagined it would be like it is now."

Of the 100 worldwide networks, 43 are some variation of MTV - like Africa's new network, MTV Base, which is an offshoot of a European channel focusing on urban music. Twenty-three are Nickelodeon offshoots, 15 are VH1s and the rest includes a number of local networks that MTV's parent company Viacom has acquired.

MTV estimates that at least one of their networks is available in one-third of the world's homes with televisions. About 80 percent of its viewership now is outside of the United States.

HBO, Discovery, ESPN and CNN have all been active internationally, but none have built worldwide distribution to the extent of MTV, said Larry Gerbrandt, a television analyst for AlixPartners LLC.

The logic is simple: the United States is a "mature" market now with limited expansion possibilities, he said.

"The long-term future is international," he said. "So from a strategic viewpoint, it's where MTV and Nickelodeon can reap the most rewards."

That's why there's a Nickelodeon in Nepal, and a Nickelodeon Nordic dubbed in Swedish, Norwegian and Danish. Launched last year, MTV Guangdong is available to 77 million homes in China and Hong Kong. MTV Indonesia includes a regular call to prayer for its Islamic audience. MTV Australia films a version of "Total Request Live" from a boat in Sydney Harbor.

The theory is to make each channel reflect the local culture, Roedy said. MTV in Japan is very edgy, very tech-oriented, for example, while the stylistic MTV in Italy even has food programming.

Programming is a mix of American shows, local versions of formats developed in America - like Australia's "TRL" or video awards shows (the excuse for the big Russian party) - and original material unique to the individual cultures.

It's often a mystery which programs travel well. "Real World" is consistently MTV's most popular show in the United States, but international audiences have little patience for self-absorbed young Americans trying to live together in a big house.

MTV in Germany is even making a pilot for a local variation: "Pimp My Bicycle."

Graden's not quite sure why "Pimp My Ride" is so big overseas.

"My instinct is that there's a certain fascination with the Southern California car culture as an expression of Americana," he said.

Some locally produced shows have also done well in their own cultures. "Megaliga" on MTV Brasil turns the local VJs into animated characters with superpowers. "Fully Faltoo" is a sketch comedy show on MTV India and "Whatever Things" takes a popular Hong Kong singer and has him pull practical jokes all over Southeast Asia.

When MTV first tried to persuade local authorities to start a network in Russia, a cautious Roedy took tapes of two prototypes - one a tame version of the network and another much wilder. They went for the wilder one.

"It told me to never underestimate the willingness of the audience to embrace MTV," he said.

Spreading wardrobe malfunctions and "Punk'd" all over the world may not be everyone's ideal of exporting. Whatever one's opinion of MTV, Roedy said the networks are key outlets for giving young people a voice all over the world.

Americans who don't travel have few hints of the worldwide platform; the United States is the most insular market the company has, he said.

Some of this worldwide content is making its way here, however. MTV announced last week that it would start three new customized channels for the United States aimed at ethnic audiences. MTV Desi will target Americans with roots in the Indian subcontinent. MTV China and MTV Korea are also planned, using much of the programming produced overseas and showing it here.

MTV has also started a programming development office in Britain and, for the first time, one of the shows developed there will be tried out in the United States. In "Bad Dads, Phat Mums" fans try to recreate music videos from the favorite artists, but they must use their own parents as stars.

Expansion will continue for MTV Networks, with Nickelodeon offering much of the immediate growth opportunities.

"We want to be leaders," Roedy said. "Leaders in our own domain - the young and the young at heart."


MTV and CBSNews.com are owned by Viacom, Inc..