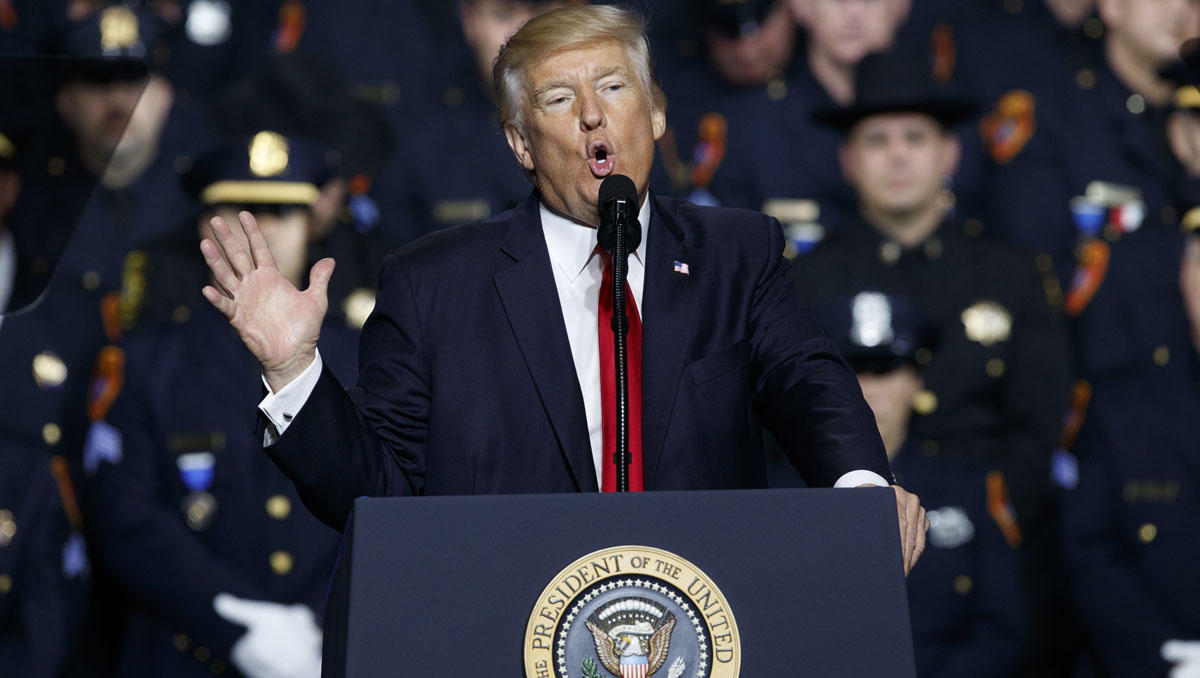 HEMPSTEAD, N.Y. -- Two members of the MS-13 gang were arrested in Long Island Thursday and charged in the May shooting death of a man in New York City's Queens borough, reports Newsday.

Police said Roberto Abrego Reyes, 27, known as "Splinter," and Jose Alvarenga Ramirez, 23, known as "Smoker," were arrested during a search of a Hempstead home. They were each charged in the May 31 slaying of Fernando Gonzalez-Chavez, who was found shot dead outside a convenience store, Newsday reports. Both suspects are from El Salvador, where the MS-13 gang is headquartered, and they will face arraignment Friday, according to the paper.

The NYPD announced the arrests the same day President Donald Trump spoke before a large audience of law enforcement on Long Island, where the notoriously violent street gang has a strong foothold. He promised to "dismantle, decimate, and eradicate" MS-13 and accused the gang of turning the "peaceful parks" of Long Island into "bloodstained killing fields."

"I have a simple message for you," said the president. "We will find you, we will arrest you, and we will deport you."

The president also touted his proposed border wall, for which the House of Representatives recently approved $1.6 billion, saying that gangs like MS-13 have been exploiting "America's weak borders and lax immigration enforcement."

Trump spoke Friday at Suffolk County Community College in Brentwood, close to where MS-13 has committed a string of gruesome murders, including April's massacre of four young men. Last year, authorities said two teen girls in Brentwood were also murdered by gang members in a violent beating and stabbing attack.

"They butchered those little girls," Trump said. "They prey on children. They shouldn't be here."

The gang, which is believed to have originated in immigrant communities in Los Angeles in the 1980s and then entrenched itself in Central America when its leaders were deported, is infamous for its violent tactics, including torturing victims and hacking them with machetes, CBS New York reports.

Trump said he is focused on the gang because they are "particularly violent," calling them "animals."