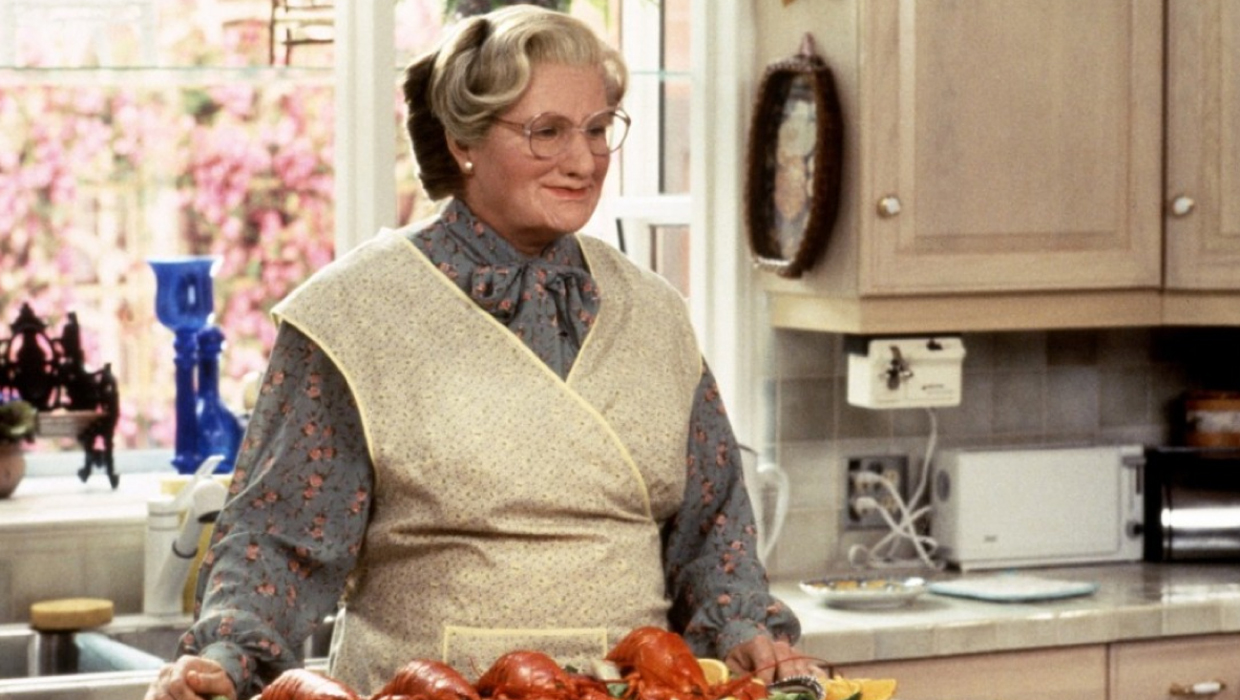 It's time for more run-by fruitings with "Mrs. Doubtfire."

A sequel to the 1993 hit comedy starring Robin Williams is now in the works, according to The Hollywood Reporter.

Both Williams and director Chris Columbus are expected to return for the new installment, with "Elf" screenwriter David Berenbaum working on the script.

Based on British author Anne Fine's 1987 young adult novel "Madame Doubtfire," the current "Crazy Ones" cast member starred in the original as a divorcee who dresses in drag and dons a Scottish nanny persona in order to spend more time with his kids.

During its initial theatrical run, "Mrs. Doubtfire" brought in over $441 million worldwide in ticket sales. The film won the Academy Award for best makeup, and Williams took home a best actor Golden Globe award for his performance.

No word yet on a sequel release date.

Tell us: Do you look forward to another "Mrs. Doubtfire" adventure? Or should the original be left alone?