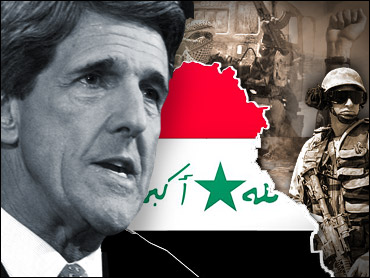 In a session that brought out the largest crowds seen since the Watergate hearings, a Senate committee Tuesday tuned in to the debate over whether sharing songs via the Internet is music appreciation or outright theft.

By logging on to Napster, a person looking for a particular song can contact other users, find someone who has a copy of that song, and download it for free. A similar site, MP3.com, lets users download songs from an archive.

And while, as CBS News Chief Washington Correspondent Bob Schieffer reports, the Senate Judiciary Committee took no action Tuesday, the battle lines are already clearly drawn in the music community.

Lars Ulrich of Metallica, the first of the witnesses at the hearing, is among those in the industry trying to stop the trading of songs online. His band has sued Napster for copyright infringement and racketeering.

The Metallica co-founder says just like "a carpenter who makes a table," it should be the artist's choice whether the creation is sold or given away.

"In a 48-hour period where we monitored Napster, over 300,000 users made 1.4 million free downloads of Metallica's music," said Ulrich. "Napster hijacked our music without asking."

"Most artists," said Ulrich, "are barely earning a decent wage" and need every bit of revenue they can get "to survive."

"Why should musicians work for free?" he asked.

But Napster CEO Hank Barry told the panel that Napster does not copy any files itself, and only allows "users to learn about other's tastes. It does not require them to."

"What 20 million people are doing is sharing music. They do it for previewing purposes, for sampling purposes and they're going out and buying CDs," Barry said.

McGuinn, member and co-founder of The Byrds, told the committee that music tracks he's put on his own Web site have resulted in music getting out to people who might otherwise have never heard it.

"I get e-mail all the time from young people who listened to my music on the Internet," said McGuinn, who added that some of those new fans have then bought tickets to his concerts.

Sony executive Erlich presented the industry argument, saying "the music industry has enthusiastically entered the world of digital distribution" but it is important to realize that "the price you pay for your CD compensates each and every one" of the many different people who worked to make that recording a finished product.

Kan called on Congress to consider the approach to the problem that would both embrace the new technology and create new opportunities for profit. "We need to use the carrot, not the stick," Kan suggested, pointing out that individuals who today are being called music pirates could tomorrow be considered legitimate distributors of music, by appealing to the profit motive.

A recent study estimated that 13 million Americans have downloaded music for free on their computers.

Those musicians who have sided against the record industry argue that file-swapping for free by music fans is a good way for well-known stars to stay in touch with their fans, as well as a way for relatively unknown artiss to get their music before the public.

Among the big names on the other side of the file-swapping debate is rapper Chuck D, a co-founder of Rapstation.com. The Public Enemy front man sees MP3 as a great breakthrough for artists up against an industry controlled by only a few companies.

"There's only four major record companies and only three major corporations that control all of the radio. To me, file-sharing is the new radio," he said in an interview with CBS News.

"The record companies never gave a damn about the artists anyway. 95 percent of them have problems retrieving their money from the major corporations anyway," he said.

One music fan at the hearing told Schieffer the Napster debate is just the first hint of what new technology will allow.

"It's gonna be a giant leap for mankind as we jump into the new millennium and have free music for people or free whatever," he said.