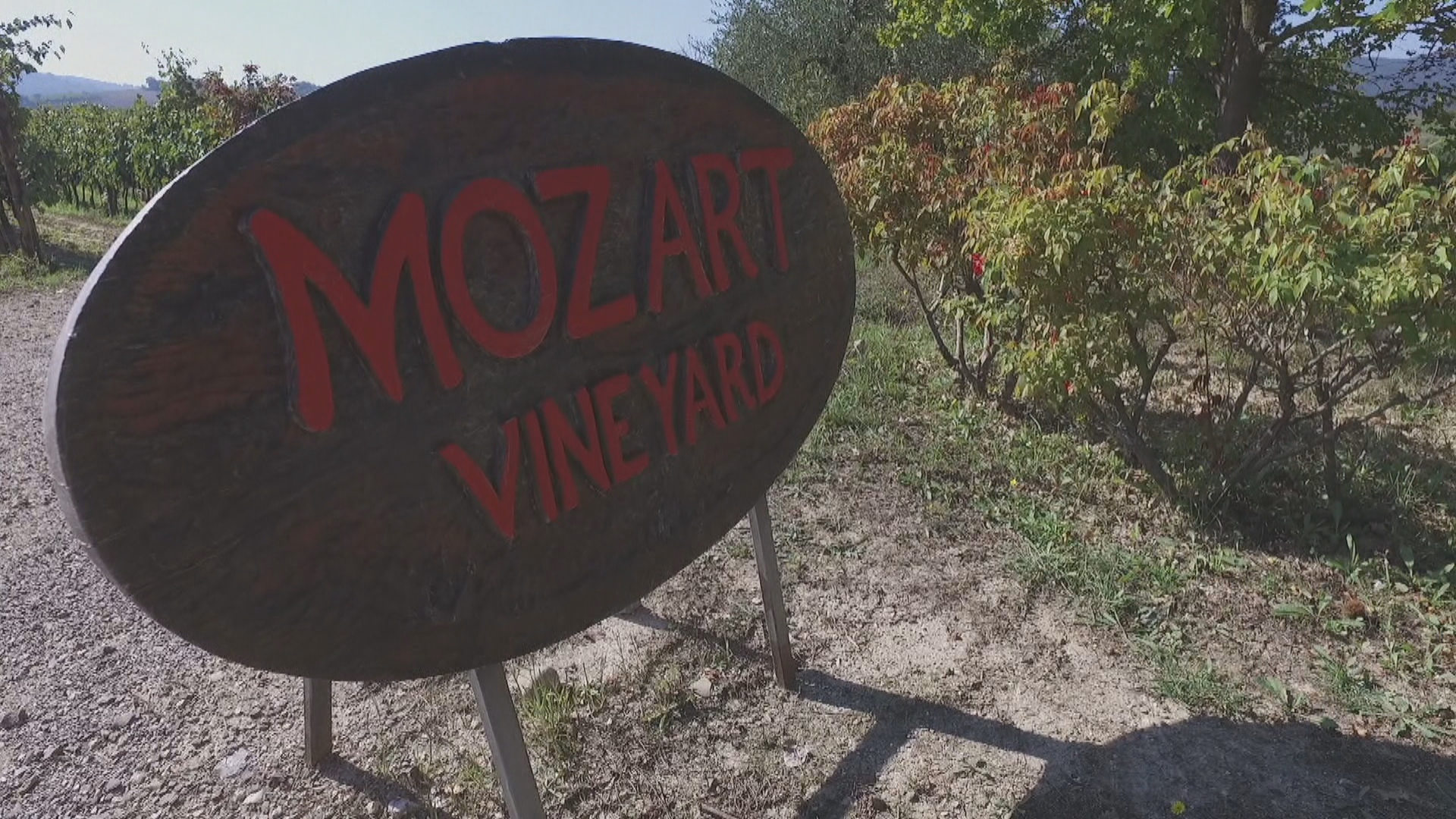 Row after row of Sangiovese grapevines cover the hills of Montalcino in Tuscany, where famed Brunello wine is made.

But one of these vineyards is a bit different. The grapes here are serenaded all day, every day, by classical music, reports CBS News correspondent Seth Doane.

“Imagine the world without music!” said Giancarlo Cignozzi. But Giancarlo doesn’t have to, at least not while he’s here.

“I suppose that the music can improve the life of the humanity, animals too.  But why not the plants?” Giancarlo said.

To try to answer his own question, he started pumping Mozart into a section of his vineyard: “Il Paradiso di Frassina.” He found the vines closer to the music grew bigger and toward the source of the sound.

“We divide the property in 25 different areas and we monitor the quality of the grapes at the time of the harvest,” said Ulisse, Giancarlo’s son and another winemaker, who sounds more like a scientist.

“How different are the grapes coming from the section of the vineyard with music, compared to the section without?” Doane asked.

“The plants seem more robust. The grapes closer to the speaker have the higher sugar content, so we believe in this idea,” Ulisse said.

It wasn’t long before this idea piqued the interest of scientists and turned this vineyard into a laboratory.

“When you first heard about this guy growing grapes and playing music, what did you think?” Doane asked Stefano Mancuso, a plant scientist at the University of Florence.

“That he was another, another crazy guy,” the professor said.

“It’s very difficult to say that plants like classical music -- Wagner, Mozart, or whatever you want. What they are able actually to do is to perceive sounds and specific frequencies,” Mancuso explained.

Mancuso, who gave a “TED Talk” on the roots of plant intelligence, has been studying the Mozart vineyard since 2003.

“Plants are, in general, much more sensitive than animals,” Mancuso said.

He theorizes Giancarlo’s vines may grow toward the speakers because frequencies resemble those of running water.

“The more impressive of the results were that sound is able to reduce dramatically the number of insect attack,” Mancuso said.

They figure the music confuses harmful bugs, making them unable to breed. As a result, the vineyard uses no pesticides and very little fertilizer. The music also scares away birds and other creatures who feed on grapes.

“It mean the music can improve...not only the -- and protect and defend the life of the grape...but improve, too, the quality,” Giancarlo said.

Giancarlo is proud of the research, not to mention their wines.

As for the idea that these vines are reacting simply to sound vibrations – not specifically Mozart – well, this is Italy, and Giancaro said, “I prefer the music. Sorry, but I’m very romantic!”

Giancarlo, who’s been serenading his grapes for over a decade, stands by his decision to play Mozart. But Mancuso said they could play many other types of music, even heavy metal if it had enough bass – with consideration of the neighbors.