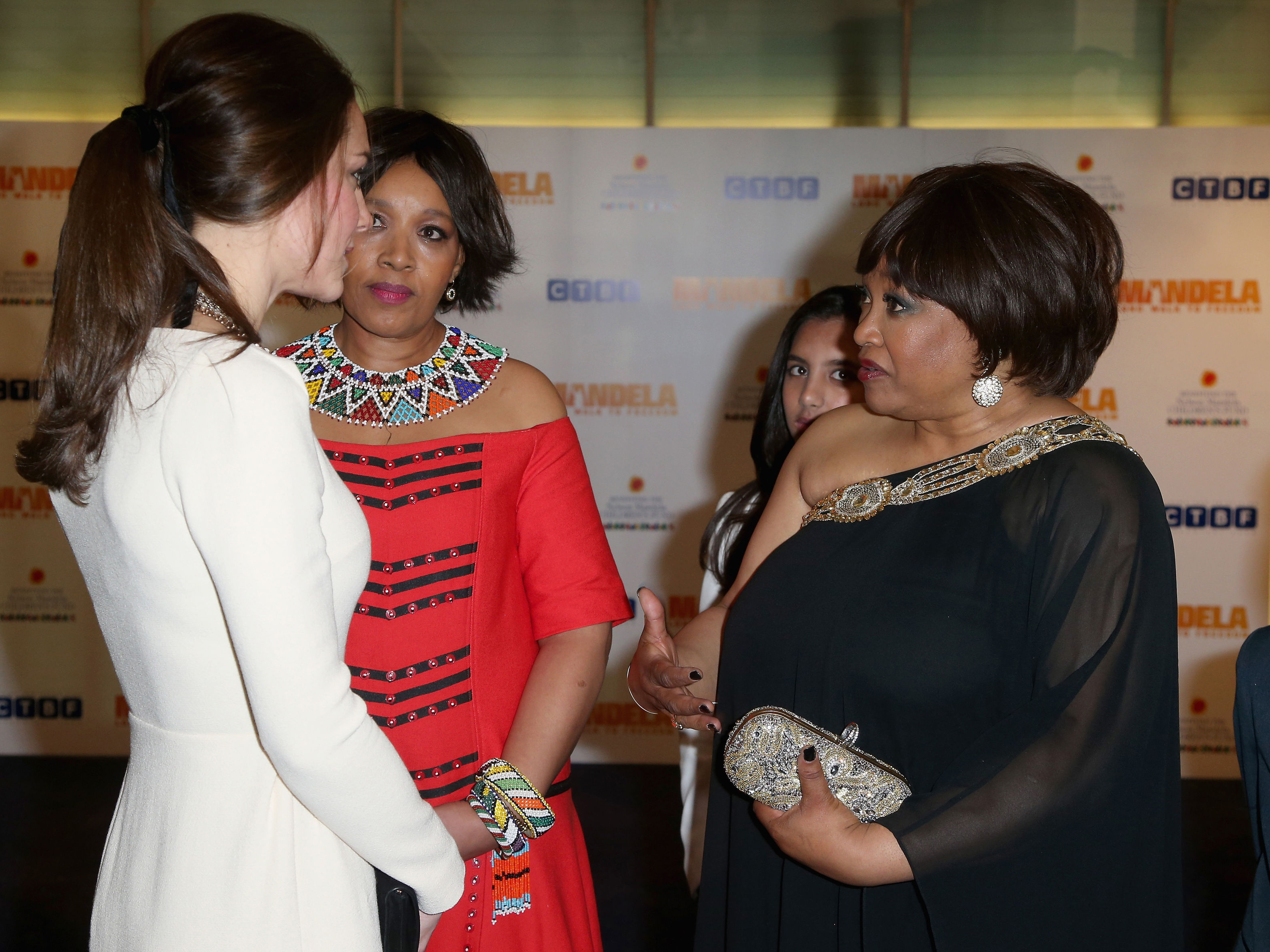 LONDON - People attending the London premiere of a new film about Nelson Mandela were told of his death Thursday night as the closing credits rolled.

The news broke during the premiere. Stopping the screening of "Mandela: Long Walk to Freedom" was discussed, but Mandela's daughters asked that the film continue, a spokesman with the production said Thursday night.

His two youngest daughters, who were at the premiere, were told of their father's death during the screening "and immediately left the cinema," a statement from the Nelson Mandela Foundation said.

The film's producer, Anant Singh, announced Mandela's death once the film was over, and he called for a moment of silence.

The audience included the film's stars and Prince William and his wife, Kate.

"It was extremely sad and tragic news," William said upon leaving.

When asked on the red carpet on her way into the premiere about her father, Zindzi Mandela had said, "My father is fine. ... He's just a typical 95-year-old who is frail."

Actor Idris Elba, who plays Mandela in the film, later said in a statement: "I am stunned at this very moment, in mourning with the rest of the world and Madiba's family. We have lost one of the greatest human beings to have walked this earth; I only feel honored to be associated with him."

Many South Africans called Mandela by his clan name, Madiba, which means "reconciler," as a token of affection and respect.