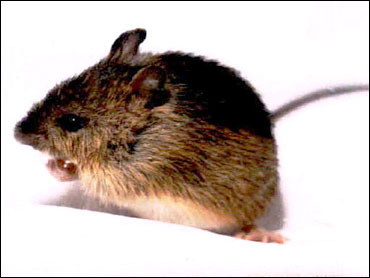 Some might think fewer rodents would be a good thing, but scientists are concerned about the dwindling populations of two small fury creatures on New Mexico's list of endangered mammals.

The state Department of Game and Fish says recent surveys show the number of New Mexican meadow jumping mice, known for their striking yellowish fur and well-developed hind feet, has dropped by at least two-thirds statewide — and possibly as much as 90 percent.

Surveys show the Arizona montane vole also is found only in a very small region of western New Mexico and eastern Arizona.

"The thing in common between both is the loss of riparian habitat along streams and rivers in the Southwest," said Jim Stuart, an endangered species mammalogist with the Game and Fish Department. "Grazing is often jumped on as a reason, but there have also been climate factors involved like the dewatering of streams and rivers and the lowering of groundwater."

Stuart pointed to the drought that has had New Mexico in its clutches, saying it can lead to fragmented or lost habitat and that any species can be affected, not just the meadow jumping mouse and the vole.

Some experts suggest that New Mexico and Arizona have lost an estimated 90 percent of their original riparian ecosystems over the last century.

Scientists consider the two rodents to be indicators of the health of New Mexico's riverside habitats. Of the 867 species of vertebrates known to exist in New Mexico, more than half rely to some extent on aquatic, wetland or riparian habitat for survival, according to the department's Comprehensive Wildlife Conservation Strategy.

The Game and Fish Department is hosting a series of public meetings this week on the efforts to develop a recovery plan for the meadow jumping mouse and the vole. The plan will eventually go to the state Game Commission, which could approve it as early as next spring, said Leland Pierce, the department's terrestrial species recovery plan coordinator.

Stuart said the goal of the recovery plan is to protect and improve remaining habitat, as well as encourage better streamside management. He said it could call for building artificial wetlands and relocating animals. The two rodents' existing communities are fragmented with many miles in between, making it harder for them to survive, he said.

"Some of them are just hanging on," he said. "These fragmented populations are more vulnerable to being snuffed out the next time a drought comes along."