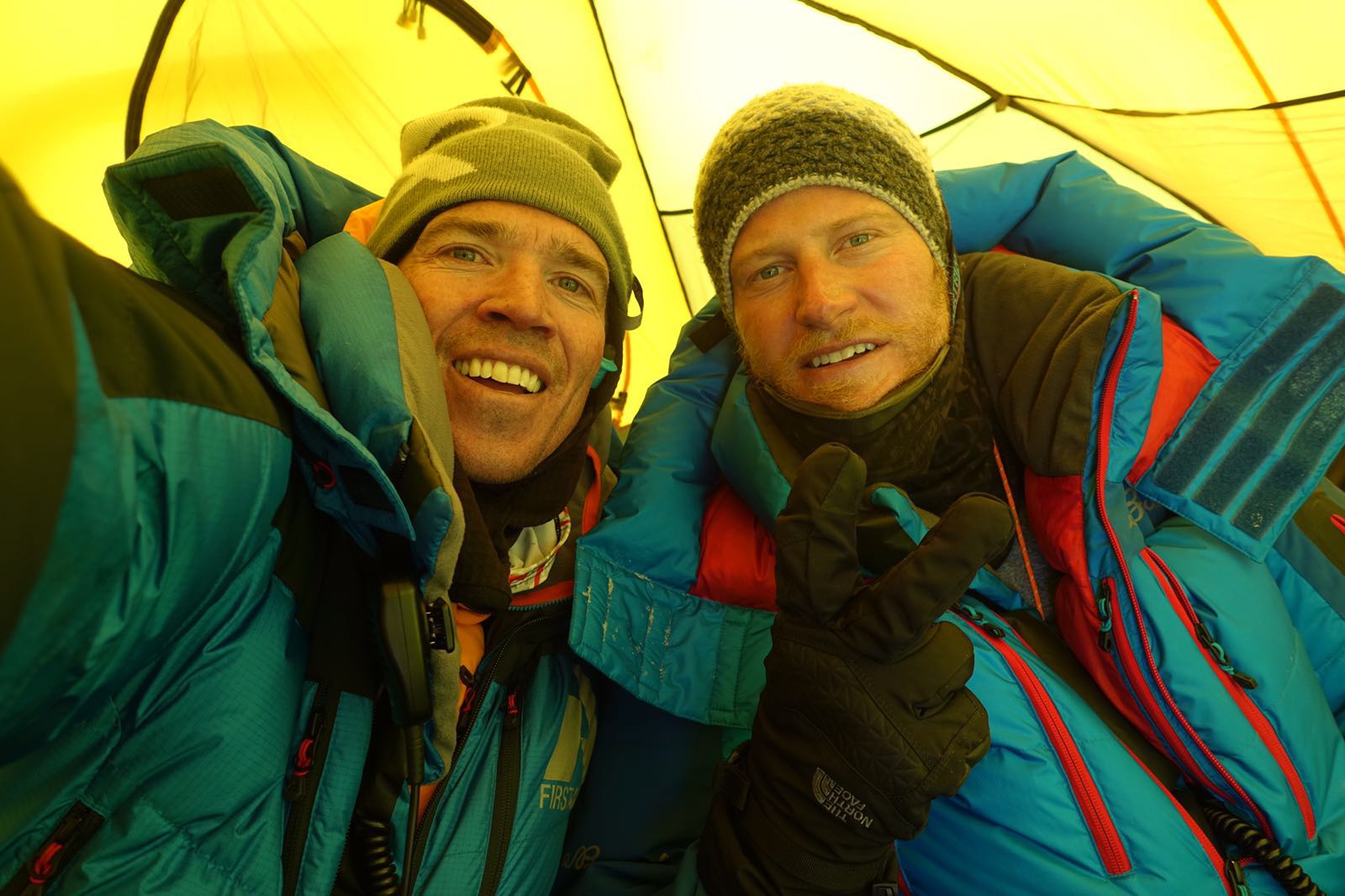 Professional climbers Adrian Ballinger and Cory Richards left base camp in Tibet Thursday to begin a six-day climb to the top of Mount Everest, and they are documenting their journey on their Snapchat account, EverestNoFilter.

When "CBS This Morning" last checked in with Ballinger and Richards, they had just been hit by a monster storm on the north side of Everest, reports CBS Sports' Dana Jacobson. With winds approaching 50 miles per hour, their bodies were already depleted from climbing to nearly 25,000 feet, where the air is thin.

"Your body is literally starved of oxygen, so everything that you do makes you out of breath," Richards said. "We've made the decision now that with this kind of weather, no seeming break, we've got to go down."

While they were unharmed, this was a stark reminder of how dangerous the mountain is - particularly for two guys climbing without the help of extra oxygen.

"We were battered the next morning and what you're seeing in the photographs and the Snaps is just pure exhaustion," Richards said.

"We got our asses handed to us," Ballinger said. "If I was thinking anything in that moment, it was that I wish I'd become a surf instructor or a beach bum or something as a career, instead of a high-altitude mountain climber."

Ballinger has led over 100 climbing expeditions on five continents as the owner of Alpenglow Expeditions, while Richard was named one of National Geographic's adventurers of the year in 2012. Both men are part of Eddie Bauer's Guide and Athlete Team.

"These mountains, they break us. They bring us to the edge. And finding where that edge is and then figuring out if we can still achieve beyond that - that's what I love about this," Ballinger said. "And so the very next day, we woke back up, the weather looked good, we felt okay. And we went and decided to tag as high as we possibly could on the mountain."

In order to eventually climb without oxygen to the top of Everest at more than 29,000 feet, the two men have to adjust to higher altitudes slowly. They do this by climbing the mountain in stages, with rests at lower elevations in between to let their bodies recover.

Just one day after the storm, they pushed to over 26,000 feet - an elevation known to many climbers by another name.

"The death zone," Richards said. "As you go higher your body just simply can't regenerate. And every minute spent above that altitude puts you - without trying to be too dramatic here - puts you closer to death. The margin for error drops to zero. If you screw up, you die."

"She's just listening to our voices and how we sound - are we slurring our words, are we still putting together thoughts coherently?" Ballinger said.

"It's hard to put food into your stomach. Liquid's better," Ballinger said.

So they drink their meals instead.

After successfully reaching 26,000 feet, Ballinger and Richards returned to base camp to rest up, before making one final climb to the summit.

"Will give us a quiet day on the mountain and all the time, we need to recover and build those super important red blood cells," Richards said.

They plan to make their final push after most of the other climbers on the mountain who are using extra oxygen have summited, giving them a clear path to the top.

Ballinger and Richards are uploading their climbing data every day to an app called "Strava," a social media network for athletes and another one of their sponsors. Anyone with the app can check in on how their bodies are holding up as they make their final push, by following things like their heart rate, the pace they are climbing and their elevation.

Taliban claims to defeat resistance amid fear for trapped Americans