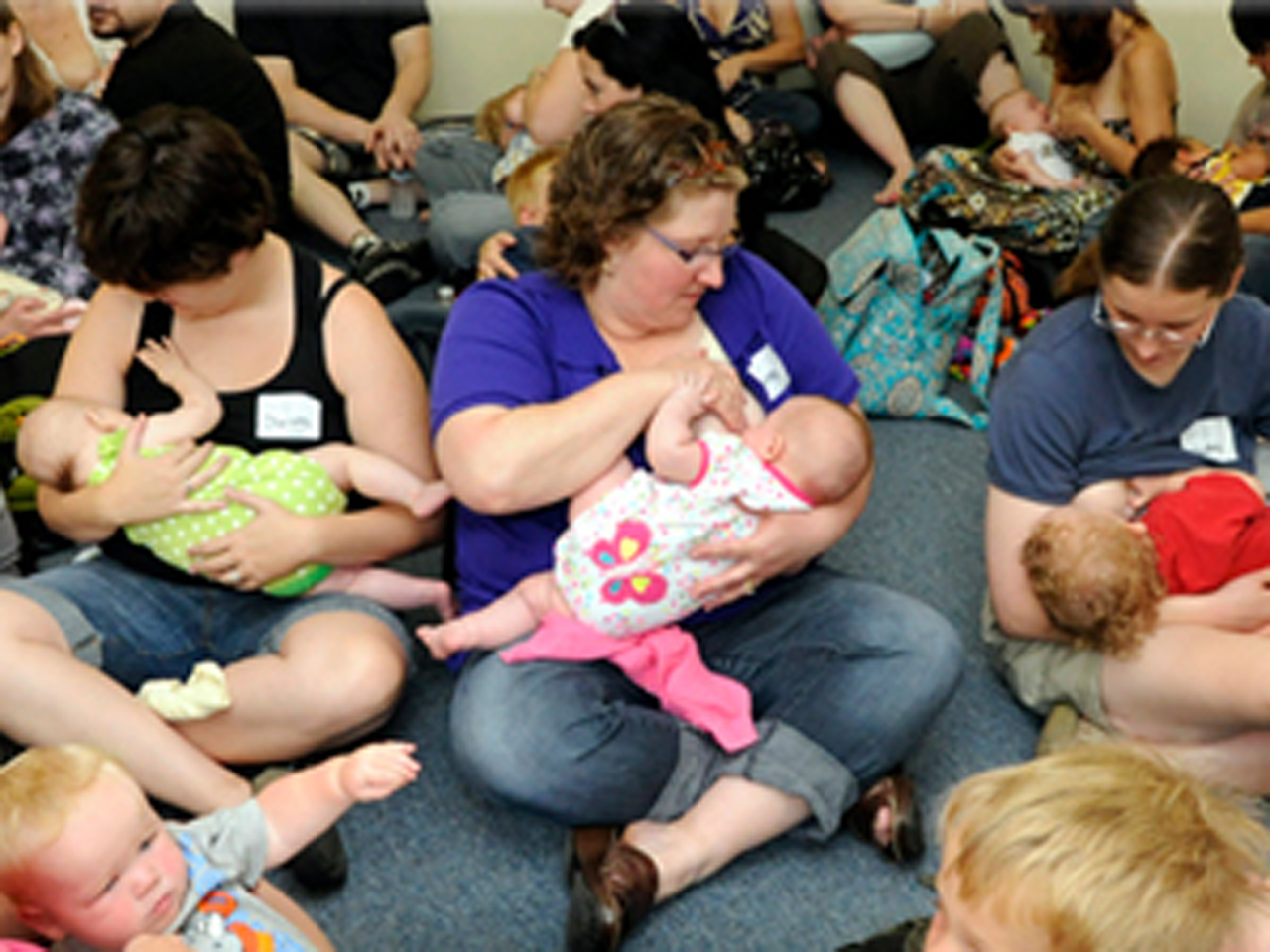 (CBS News) Thousands of women across the world are attempting to break a simultaneous breast-feeding record this Friday and Saturday in order to raise awareness about the importance of breast milk in a developing infant's life.

The Big Latch On will occur in 23 countries at 590 locations at 10:30 a.m. local time on Aug. 3 and Aug. 4. Each time zone will attempt to set the simultaneous breast feeding record. Every location is registered and has official witnesses who will confirm the count. Last year, 5,687 mothers participated in the event with 412 locations in five countries.

For reference, the first record for simultaneous breast-feeding in one location was in Berkeley, California in 2002 when 1,130 mothers got together to breast feed, according to the official Big Latch On website. It was then broken by 3,738 mothers in the Philippines in 2006. The country then partnered with other countries and set a new record in October 2010 with 9,826 nursing mothers in 325 sites in 16 countries breast-feeding simultaneously.

Big Latch On originated in New Zealand in 2005 and was created by the non-profit organization Women's Health Action. They chose this week in August to coincide with the annual celebration of World Breast-feeding Week, which is in its 20th year this Aug. 1 through 7.

"Last year we broke our record for the seventh year running, with 5,687 women and their children recorded globally for the count and many more coming together to participate on the day, we are well on target to break this record again this year" Isis McKay from Women's Health Action said in the press release. "We already have over 130 venues registered throughout Aotearoa New Zealand from as far south as Invercargill and as far north as Kerikeri. We also have 400 registered venues spread out over 22 other countries, It's going to huge!"

Several cities in the U.S. around the U.S. are participating in the event. CBS Pittsburgh reports that A Mother's Boutique in Wexford, Pa. has registered as an official site and will be hosting the event on Aug. 4.

Breast-feeding helps ensure child health and survival and, when optimal, can prevent malnutrition and prevent about 1 million children from dying, according to the World Health Organization. Breastmilk contains antibodies that offer protection for babies from common illnesses like diarrhea and pneumonia, the two main causes of child mortality worldwide. Breastfeeding has also shown to benefit mothers: It can provide 98 percent protection from getting pregnant within the first six months after birth and reduces the risk of breast and ovarian cancer. It also helps women return to pre-pregnancy weights faster and lower rates of obesity.

The WHO recommends exclusive breast-feeding for infants up to six months of age, with complementary foods and breast-feeding suggested for children up to two years of age or even older.

However, only less than 40 percent of infants worldwide under six months of age are exclusively breastfed, WHO reports. In a Scottish study, mothers claimed that a lack of medical advice, lack of support from their family and a variety of issues, including confusion on how to use breast pumps, prevented them from breast-feeding for the first six months. Another study showed that out of the 85 percent of mothers aid they wanted to breast-feed for three months or longer, only 32.4 percent of them met their goal. The researchers called for increases in "Baby-Friendly" Hospital Initiative (BFHI) practices - which include promoting exclusive breast-feeding during the hospital stay  - to help mothers reach their goals.

Big Latch On organizers hope that by getting women who breast-feed together, they can help foster a sense of community.

"It is clear that we need to work harder to help women to achieve their breast-feeding goals, the Big Latch On is just one of the ways we are working to increase community and peer support for breast-feeding women," McKay said.

To find the Big Latch On location nearest to you or to register a venue, visit BigLatchOn.org.