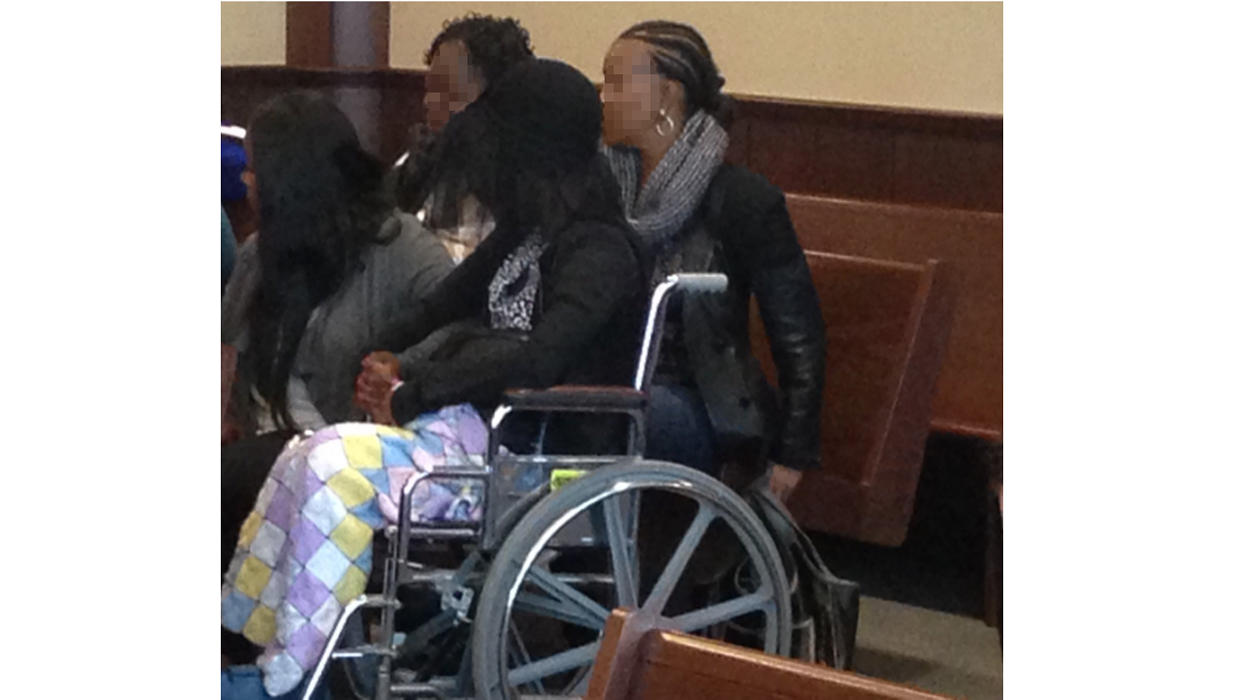 DEARBORN HEIGHTS, Mich. -- A Michigan mother who survived a brutal domestic violence attack that left her four children dead attended a court hearing in a wheelchair Monday for her accused husband.

Prosecutors allege that Gregory V. Green bound his wife Faith, slashed her face with a box cutter and shot her in the foot before fatally shooting her two teenage children in front of her Sept. 21 at the family’s home in Dearborn Heights. Police say her youngest two children, who were also the children of Gregory Green, were asphyxiated with carbon monoxide in a vehicle before Green placed their bodies in their beds.

The Wayne County Prosecutor’s Office says Green then called 911 and admitted to killing his family, reports CBS Detroit. When police arrived and arrested Green, they found the bodies of his stepchildren, 19-year-old Chadney Allen and 17-year-old Kara Allen, and his two children, 5-year-old Koi Green and 4-year-old Kaleigh Green. They discovered Faith Green, 39, injured and bound with duct tape and zip ties in the basement.

Gregory Green is charged with four counts of first-degree murder, and one count each of assault with intent to do great bodily harm, torture, unlawful imprisonment, felonious assault, felon in possession, and felony firearm.

Faith Green had recently filed for divorce from Gregory Green, citing in the filing a “breakdown in the marriage relationship.” She also filed for divorce in 2013, but the case was dismissed for lack of action. A judge rejected a personal protection order that same year.

Police have said the bloodshed apparently stemmed from domestic violence.

“The alleged evidence in this case will show an appalling level of domestic violence that was cataclysmic,” prosecutor Kym Worthy said in a written statement last month. “We must push the issue of domestic violence back to the forefront and be constantly educated about it.”

During the hearing Wednesday, a District Court judge ordered a psychiatric exam for Gregory Green, 49, to determine if he’s competent to stand trial. Faith Green was present in the courtroom in a wheelchair with supporters, her face veiled, reports CBS Detroit.

Green had earlier served 16 years in prison for the 1991 killing of his first wife, who was pregnant. Gregory Green and Faith Green married in 2010, two years after he left prison on his fifth request for parole.

Kara Allen was a senior, cheerleader and member of the National Honor Society at Southfield High School for the Arts and Technology. Her brother graduated from high school in 2015.

The four children were laid to rest at a service attended by hundreds on Friday.