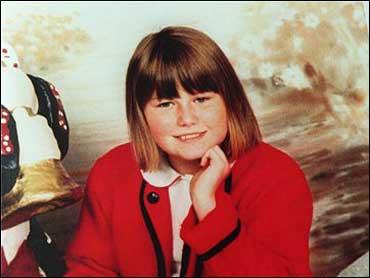 A California woman has been charged with giving her 10-year-old son to someone she met on the Internet because she could no longer cope with his misbehavior.

The woman arranged to give the boy away nearly three months ago to a Florida man she knew only as Gus, then moved to another town, said Vacaville Police Detective Patrick Cowan.

The boy was found apparently unharmed over the weekend and will be sent back to California, Cowan said.

The child's mother, Helen Chase, 29, has posted $1,000 bond on charges of child endangerment, child abandonment and failure to provide for a child. No hearing date has been set.

"She told us basically, yeah, she was having trouble with her 10-year-old, problems at school, that sort of thing really typical 10-year-old stuff," Cowan said. "She just decided she couldn't deal with this kid and wanted to adopt him out which is kind of unusual in the first place."

Chase told police she attempted to have the boy adopted in December after he had what Cowan described as minor disciplinary problems. Cowan said police can find no record of any adoption official talking with her.

The boy's behavior improved temporarily after Chase told him she was planning to send him away, Cowan said. In February, however, she told police she could no longer deal with her son and arranged for Sjoberg to come get him on April 20.

Chase immediately moved to Elmira, 11 miles east of Vacaville, telling school officials her son was moving with her, Cowan said. He said police were alerted Friday by a stepson who told them "his stepmother had given away his stepbrother."

Sjoberg and his wife, Deborah, were cooperative but upset when police took the boy away early Saturday, said St. Petersburg Police spokesman Dan Bates, quoting a police report: "They said they were seeing how (the boy) did living with them before they started the adoption process."

The Sjobergs did not return a telephone message left at their home.

They have four other adopted children in addition to a child born to Gustaf Sjoberg, Cowan said. No charges are pending against the couple, police said.

The boy is staying in a Florida foster home. He will likely be placed in a foster home when he returns California, Cowan said, although child services workers are attempting to reach his father, who is in a state prison. Police did not have any further details about the father.