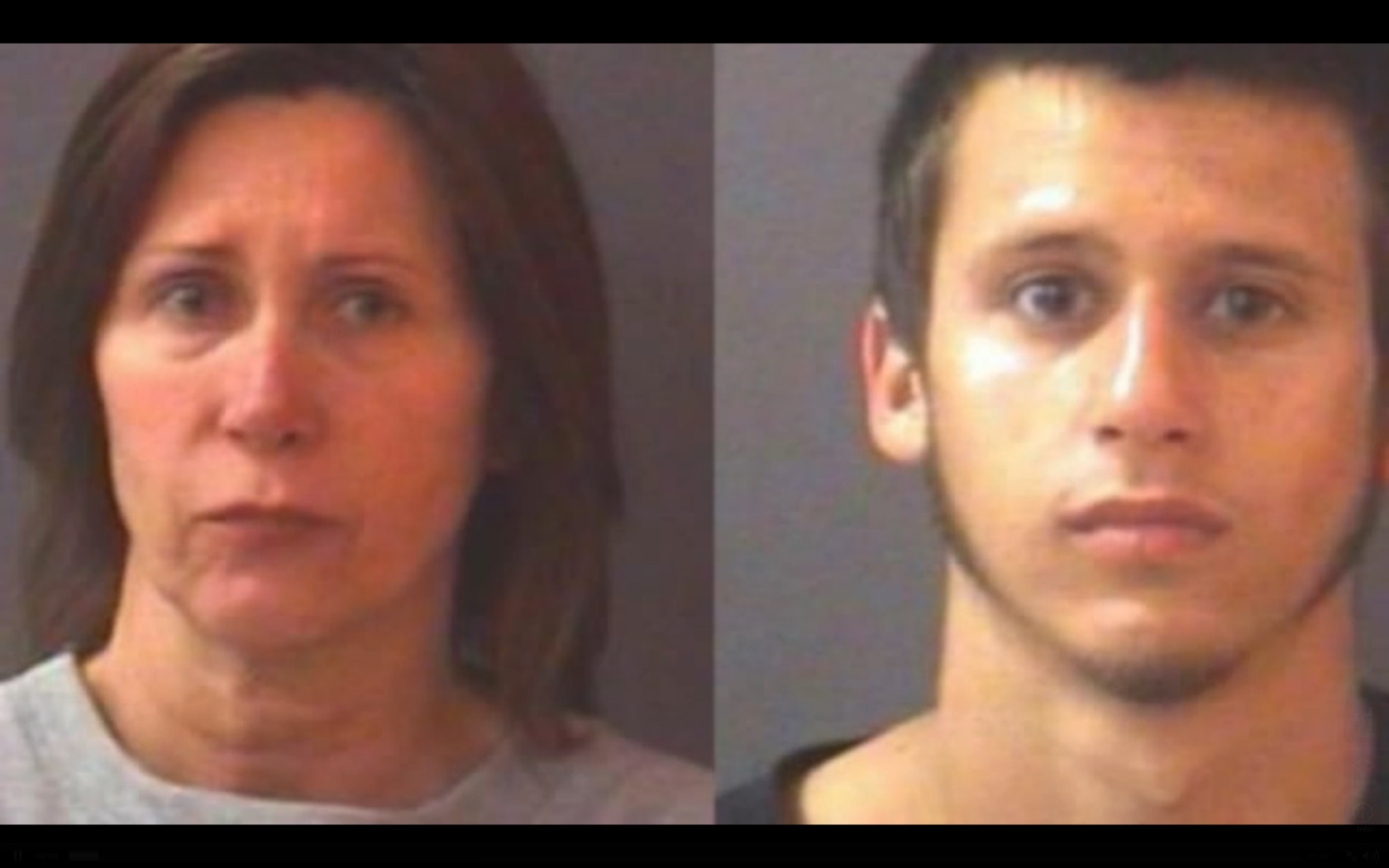 NOBLESVILLE, Ind. -- Suburban Indianapolis authorities say a Florida woman and her son are on the run after they failed to appear in court to face charges alleging that they plotted to kill a divorce attorney seeking money from the woman's boyfriend.

The two had been released on $20,000 bonds May 23 after being arrested on lesser charges the day before outside the Noblesville home of attorney Rebecca Eimerman, who represents the ex-wife of Perillo's boyfriend in a previous divorce settlement.

Eimerman's husband found the mother and son hiding in the trunk of his car on May 22, reports CBS affiliate WTTV. They had been in the vehicle for at least five hours, according to police.

"The more you hear about it and the more information you learn about it, the more bizarre it gets," Bowen said.

When the Perillos were first discovered by Eimerman's husband, they told deputies that they were homeless and sleeping. They were charged with misdemeanors and posted bond the next day.

"(Their) stories didn't seem to add up. There was a lot of curiosity on our part, but obviously it takes time to run down those leads and put that information together," Bowen said.

After their release from jail, detectives found a stolen car with both Perillos' identification inside. They also found a long list of disturbing items, identified in court documents:

Detectives also spoke to inmates at the Hamilton County Jail, who told them Richie Perillo had been "bragging" about the pair's plan.

"Richie advised his mom's husband was getting sued and they came up here to 'do a hit' on the lawyer," a detective wrote in court paperwork.

Perillo told fellow inmates he and his mother hid in the back of the lawyer's car for five hours, but her husband "got in the car instead."

A syringe found on Renee Perillo at the scene was tested and found to contain a drug called succinylcholine. The clear liquid, used by anesthesiologists during surgery, would likely have killed anyone it was administered to, an expert told detectives.

Sheriff Bowen's office issued an arrest warrant for the two and prosecutors charged them with conspiracy to commit murder. With Renee Perillo being from Florida and her son from Nevada, Bowen believes the pair could be anywhere by now.

"We're taking it very seriously and doing everything that we can to get these folks picked up before something happens to somebody else," Bowen said.

Correction: This article has been updated to reflect that Rebecca Eimerman represented the ex-wife of Perillo's boyfriend, not the boyfriend.

The Perillos were captured in June 2016; the Indianapolis Star reports they pleaded guilty in 2017.