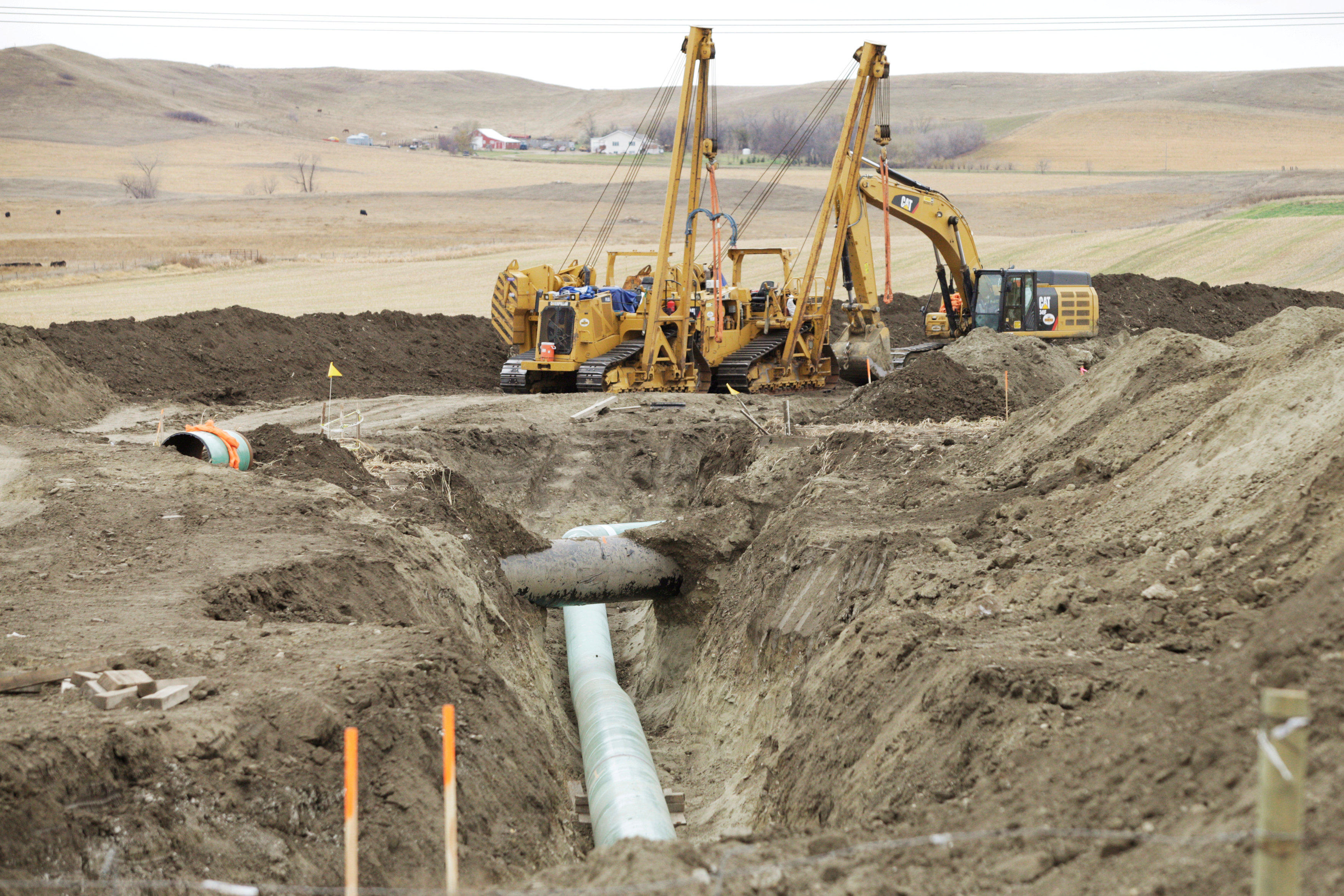 Two barrels, or 84 gallons, spilled due to a leaky flange at a pipeline terminal in Watford City on March 3, according to the state's Health Department. A flange is the section connecting two sections of pipeline. Oil flow was immediately cut off and the spill was contained on site. Contaminated snow and soil was removed.

No people, wildlife or waterways were affected, according to the department's environmental health database.

A leak of half a barrel, or 20 gallons, occurred March 5 in rural Mercer County, data from the federal Pipeline and Hazardous Materials Safety Administration show. Contaminated soil was removed, and no waterways were affected. There were no reported injuries to people or wildlife. The administration is part of the Department of Transportation.

The online report says an above-ground valve failed due to a manufacturing defect, causing the leak. Upstream and downstream valves were closed to isolate the leak. Later, all other such valves on the line were inspected and found to be OK.

The federal database shows no leaks along the pipeline in Iowa or Illinois.

The Associated Press reached out to Texas-based pipeline developer Energy Transfer Partners for comment Monday. The company maintains the pipeline is safe, but the Cheyenne River, Standing Rock, Yankton and Oglala Sioux tribes in the Dakotas fear environmental harm and are fighting in federal court, hoping to convince a judge to shut down the line.

The pipeline leaked 84 gallons of oil in South Dakota on April 4. That spill at a rural pump station also was quickly cleaned up and didn't threaten any waterways. The state's Department of Environment and Natural Resources posted a report in its online database but didn't otherwise notify the public. Its policy is to not issue news releases on spills unless there is a threat to public health or water.

Tribal leaders and attorneys say the leaks bolster their demands for further environmental review of the pipeline.

"We have always said it is not a matter of it, but when," tribal attorney Jan Hasselman said after the South Dakota leak. "Pipelines spill and leak. It's just a fact."