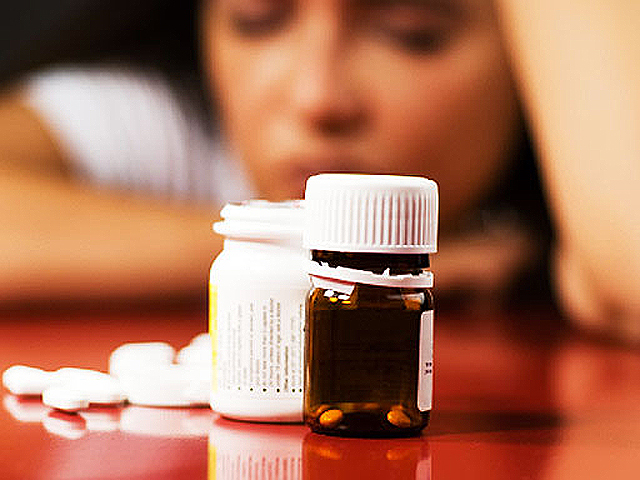 Medication poisonings in children appear to be increasing alongside the rising rates of prescriptions being filled by adults.

Researchers discovered that as more diabetes drugs, statins and other lipid-lowering medications, beta-blockers, and opioids are being prescribed, more children are finding their way into these dangerous medications, often resulting in a trip to the hospital. The research appeared in Pediatrics on June 3.

More than 70,000 children in the U.S. under the age of 18 go to the emergency room each year because of accidental medication exposures and poisonings, the study authors noted. But, non-profit organization Safe Kids Worldwide in March 2013 estimated that children get into the wrong medicine or receive the wrong dosemore than 500,000 times each year.

"We were interested in looking at medications that are specifically most common in the adult population and are intended for adults," lead author Lindsey Burghardt, an emergency medicine physician at Children's Hospital Boston, told USA Today.

Children up to the age of 5 were most at risk of accidental overdose, followed by 13 to 19-year-olds. The Centers for Disease Control and Prevention said previously there was a 91 percent increase in poisoning deaths among teens 15 through 19 in April 2012, with prescription drug overdoses being the main cause.

"In younger kids you're looking at exploratory behaviors. Children who accidentally stumble on a drug, either left in a purse or on the ground, will put them in their mouth and are exposed or poisoned," Burghardt explained. "With adolescents, you're looking at intentional behavior. They are seeking out these drugs, in particular opioids, with the intent of recreational use or for self-harm."

Opioids had the strongest link between increased prescription rates and increased ingestions.

There was a 30 percent increase in the rate of emergency room visits due to medicine poisoning between 2001 and 2008, and hospitalizations increased by 36 percent. Lipid medications (60.2 percent of cases) and beta-blockers (59.7 percent) caused the most trips to the emergency department. Hospitalizations happened most when kids took opioids (26.8 percent and 35.2 percent of cases involving ages 5 and under and 13 to 19, respectively) and diabetes medications (19.5 percent and 49.4 percent, respectively).

The researchers said that more needs to be done to prevent children from getting into and taking medications that were not intended for them.

Dr. Lynne Warda, a pediatrician at the emergency department at Winnipeg Children's Hospital, told the CBC that oftentimes parents just see a child being lethargic or staggering around and may not have seen the accidental ingestion.

"Luckily some of the cases we've seen here, we've been able to put two and two together, even though the parent has no idea that the child has taken anything, give the reversal agent and sure enough they wake up," Warda, who was not involved with the study, said.

Warda added that child-resistant packaging and switching your hiding strategy depending on the age of the children around you could help prevent medicine poisoning.

Dr. Vincenzo Maniaci, a pediatric emergency medicine doctor at Miami Children's Hospital who was not involved in the study, suggested to HealthDay that caregivers of young children should put medications in higher, hard to get to places or lock them up. Placing medications on counter tops or in purses where curious hands could easily get a hold of them is very dangerous.

"What we see a lot is open prescription bottles from parents or grandparents, and ingestion of diabetic and other drugs by kids," he said. "Kids are going to get into everything."