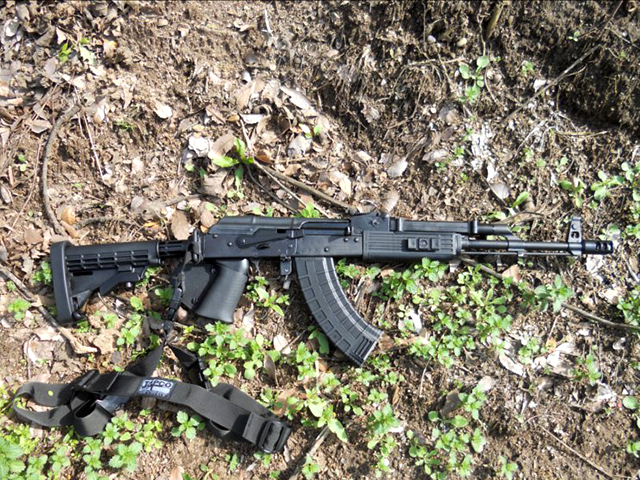 Three more weapons from Fast and Furious have turned up at crime scenes in Mexico, CBS News has learned, as the toll from the controversial federal operation grows.

According to Justice Department tracing documents obtained by CBS News, all three guns are WASR-10 762-caliber Romanian rifles. Two were purchased by Fast and Furious suspect Uriel Patino in May and July of 2010. Sean Steward, who was convicted on gun charges in July 2012, purchased a third. The rifles were traced yesterday to the Lone Wolf gun shop in Glendale, Ariz.

During Fast and Furious and similar operations, federal agents from the Bureau of Alcohol, Tobacco and Firearms (ATF) encouraged the Lone Wolf and other gun stores to sell massive amounts of weapons to questionable purchasers who allegedly trafficked them Mexican drug cartels.

Patino is said to have purchased 700 guns while under ATF's watch. Ever since, a steady stream of the guns have been recovered at crime scenes in Mexico and the U.S. But the Justice Department has refused repeated requests from Congress and CBS News to provide a full accounting. An estimated 1,400 guns are still on the street or unaccounted for.

Last November, a Fast and Furious weapon wasfound at a shootout between a Mexican drug cartel and soldiers where a beauty queen was killed. Two weapons used in the murder of Immigration and Customs Enforcement Agent Jaime Zapata in Mexico on Feb. 15, 2011 also came from suspects who were under ATF watch but not arrested at the time. And two Fast and Furious AK-47 type rifles were recovered fromthe murder scene of Border Patrol Agent Brian Terry in December 2010; he'd been shot by illegal immigrants who were smuggling drugs.

ATF special agent John Dodson blew the whistle on his agency's gunwalking in an interview with CBS News in 2011.

The government first denied any guns had been allowed to "walk" into criminal hands. Later, the Justice Department acknowledged using the strategy, claiming it was intended to see where the weapons ended up in hopes of capturing a major cartel leader. But the agency ordered an immediate halt to the practice calling it highly improper.

The Justice Department's refusal to turn over certain Fast and Furious documents led to a bipartisan vote in the House of Representatives in June 2012 to hold Attorney General Eric Holder in contempt of Congress. Then, the Obama administration used executive privilege for the first time, to withhold requested documents from Congress. The Republican-led House Oversight Committee is suing for release of the material.